Pentagon: No need for rotational troops as US aids Philippines after Haiyan 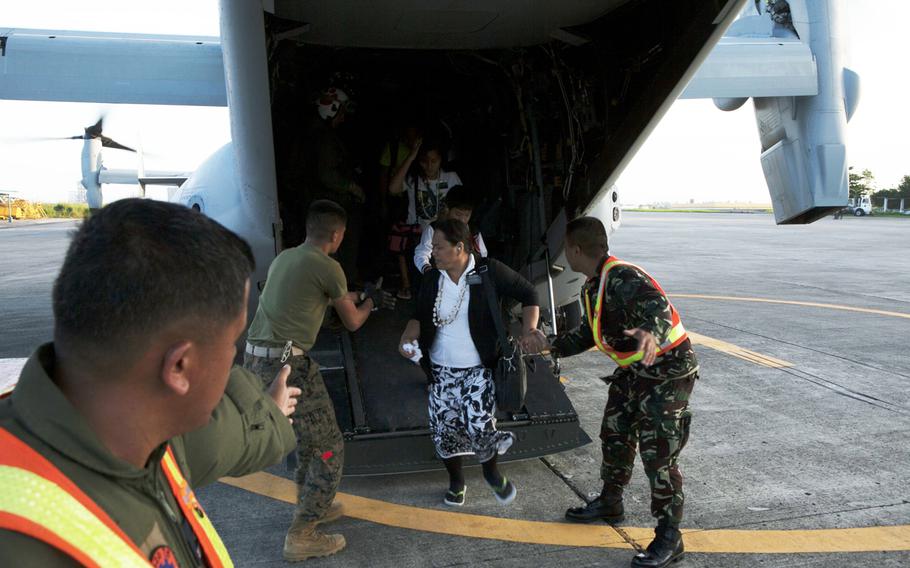 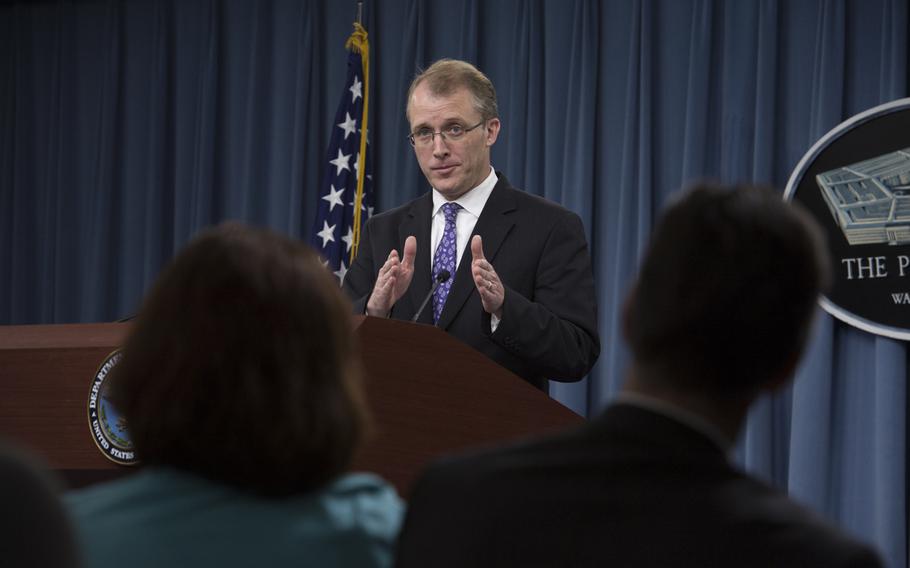 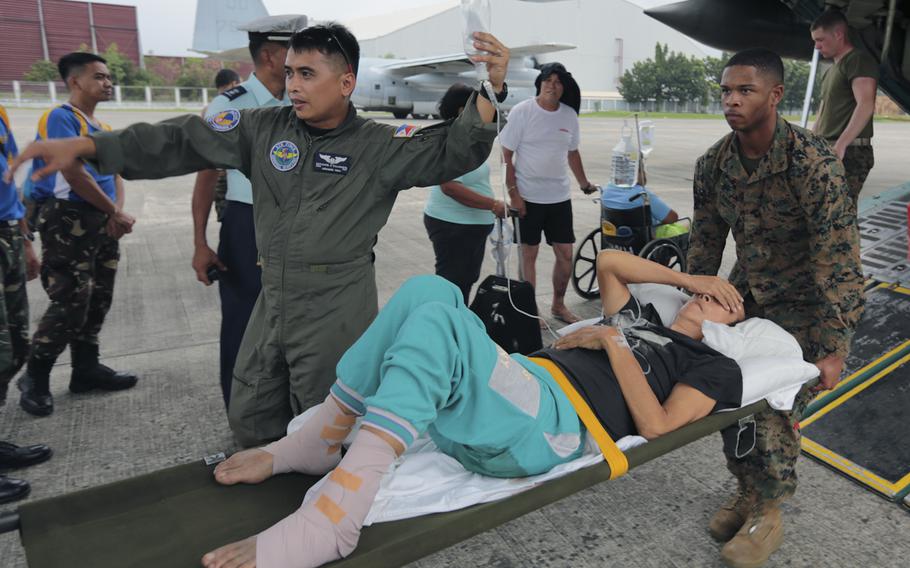 U.S. Marines carry an injured Filipino woman on a stretcher for medical attention, assisted by a Philippine Air Force airman at Vilamore Air Base, Manila, Republic of the Philippines Nov. 11, 2013. Super Typhoon Haiyan has impacted more than 4.2 million people across 36 provinces in the Philippines, according to the Philippine government's national disaster risk reduction and management council. (Caleb Hoover/U.S. Marine Corps)

WASHINGTON — Pentagon Press Secretary George Little said Tuesday that he did not see a need for a rotational presence as part of U.S. troop aid to the Philippines, even as the aircraft carrier USS George Washington closes in on the embattled region.

U.S. officials are negotiating with officials in the Philippines to ensure greater access for troops to areas damaged by last week’s typhoon that left casualties in the thousands. The Washington, which carries about 5,000 sailors and more than 80 planes, left from a port in Hong Kong and is expected in the Philippines within the next three days.

At least 250 Marines have delivered more than 100,000 pounds of relief supplies in the Philippines as well, he said.

“The goal is not to have new, permanent bases for the U.S. military, but to have occasional rotational presences so we can work together with allies and partners in the region to address problems like humanitarian assistance and disaster relief. That’s in our interest, and it’s in our countries’ interests as well. We can do a lot, but we can only do so much as a military.”

Also sailing with the Washington are the cruisers USS Antietam and USS Cowpens and the destroyer USS Mustin. The USNS Charles Drew and the USS Lassen are also en route separately. Aboard the Washington is Carrier Wing Five, designed for disaster relief operations.

On Monday, about 200 Marines and sailors left a Marine base in Futenma, Japan, for the Philippines, to rendezvous with about 100 others who left a base in Okinawa on Sunday.

On other topics, Little said U.S. officials are closely monitoring the elimination of Syria’s chemical weapons, the use of which against civilians by government forces in August nearly sparked U.S. military retaliation.

“We don’t assume or take for granted that Syria has declared all of its chemical weapons, or is cooperating fully with the OCPW,” he said. “We continue to review and assess the completeness and accuracy of Syria’s declaration to the OCPW.”

Monday was the last scheduled press conference for Little, a former CIA spokesman and assistant to the secretary of defense for public affairs before becoming Pentagon press secretary more than two years ago. Little’s official last day is Friday.

In announcing his decision in an Oct. 18 email, Little said he planned to return to the private sector, adding, “I simply need to turn more of my focus to weekend soccer games, helping with school homework, and building Lego sets that demand a higher level of engineering expertise than I currently possess. … One of my immediate goals is to have a Blackberry-free Thanksgiving dinner for the first time in several years.”