Pentagon intends to boost daily drone flights over next 4 years 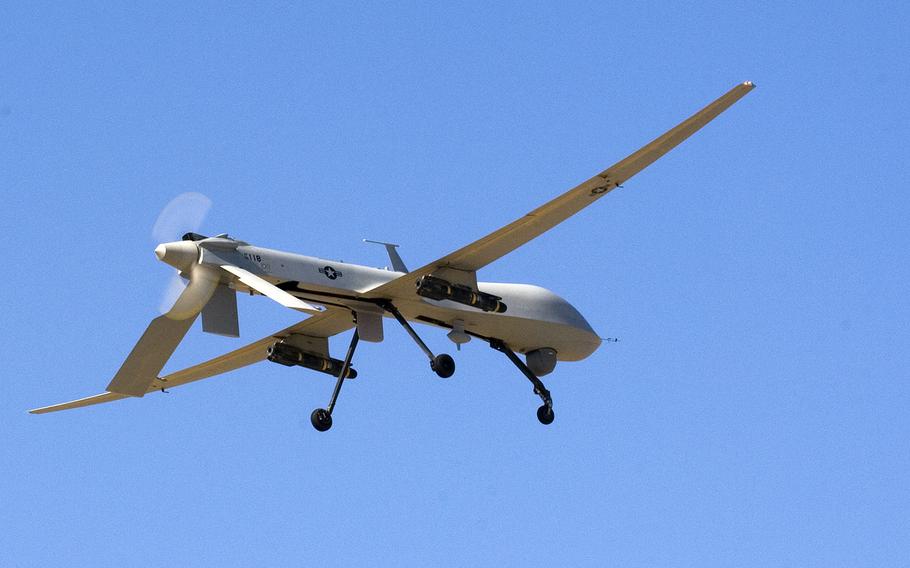 WASHINGTON – The Pentagon intends to beef up its worldwide drone operations during the next four years, a spokesman said Monday.

Regional combatant commanders’ demands for the use of the military’s unmanned aerial systems have increased, and the Pentagon is looking at ways to boost the number of remotely piloted flights it conducts daily from 60 to about 90 by 2019, said Navy Capt. Jeff Davis, Pentagon spokesman.

The Air Force conducts all 60 globally managed combat air patrols each day. Those globally managed flights – primarily used by combatant commanders to gather intelligence – do not include the tactical UAS flights conducted by units serving in combat zones, Davis said.

The Pentagon’s new plan does not increase demand on Air Force drone pilots, who were conducting about 65 such flights earlier this year before the Pentagon chose to reduce their workload.

Instead, it calls for 10 to 20 remotely piloted flights to be conducted each day by the Army and 10 flights from the U.S. Special Operations Command. Military contractors will conduct 10 flights a day with unarmed drones.

The increased number of flights, Davis said, will step up demand on the intelligence analysts who process the data collected by the aircraft and “turn it into actual intelligence.”

No information was immediately available about how much boosting the program would cost, Davis said.

The plan is still being produced, he said, and aims to shape future budget proposals. It could identify the need to increase the number of unmanned aerial systems in the Pentagon’s inventory and to bulk up personnel in the UAS field.