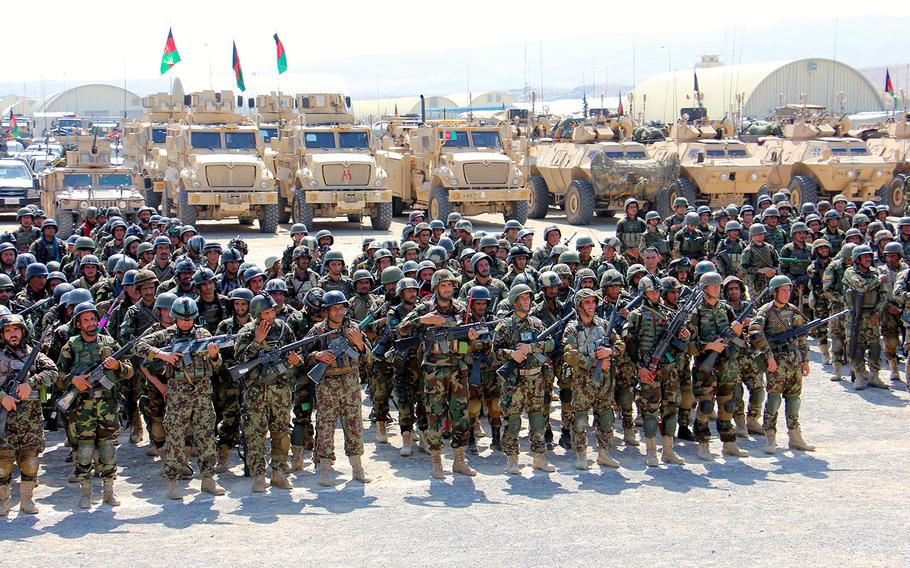 WASHINGTON — The Pentagon’s Inspector General has launched an investigation into the response by American troops to allegations that Afghan military and police officials were involved in the sexual abuse of children.

The investigation will seek to determine what role American servicemembers should serve in curtailing the sexual abuse of children and whether they properly responded to such allegations, Deputy Inspector General Kenneth Moorefield wrote in a memorandum to senior defense leaders dated Feb. 19.

“We have been conducting a research project related to these issues since Oct. 28, 2015,” he wrote. “This announcement is to inform you that we are now conducting a full assessment addressing these issues.” Among the questions that the investigation seeks to answer, Moorefield wrote, are whether troops were instructed — either officially or through unofficial channels — to ignore sexual abuse, how many cases of child sexual abuse had been reported to the U.S. military and whether those reports had been forwarded to the Afghan government, and whether American troops have been trained properly to deal with the issue.

The investigation also seeks to determine what legal authorities American troops have on bases in Afghanistan to intervene or to use force if they witness or are informed of sexual abuse of a child, Moorefield wrote.

Sexual abuse of children, especially young boys — commonly called “bacha bazi” or “boy play’ — has long been an open secret in Afghanistan and documented in film and videos as the subject of “dancing boys.” Last summer, the issue was propelled into American headlines when Army Sgt. 1st Class Charles Martland, an American green beret, told lawmakers that he was being discharged after he beat an Afghan police commander who admitted he raped a boy.

After Martland came forward, several other U.S. troops publicly claimed there was an unofficial policy to ignore the abuse.

The controversy has drawn scrutiny from lawmakers in Washington, who grilled Army Gen. John Campbell, the top American commander in Afghanistan, on the issue in October.

“It is precisely because we’re fighting for progress and fighting for our values that it’s been so disturbing to read reports alleging that some of our coalition partners may be engaged in sexual abuse and other activities that contradict our values,” Sen. John McCain, R-Ariz., told Campbell during the hearing.

Campbell told lawmakers he was unaware of any reports from American troops of child sex abuse among the Afghan ranks.