Responding to surprise attacks, then and now 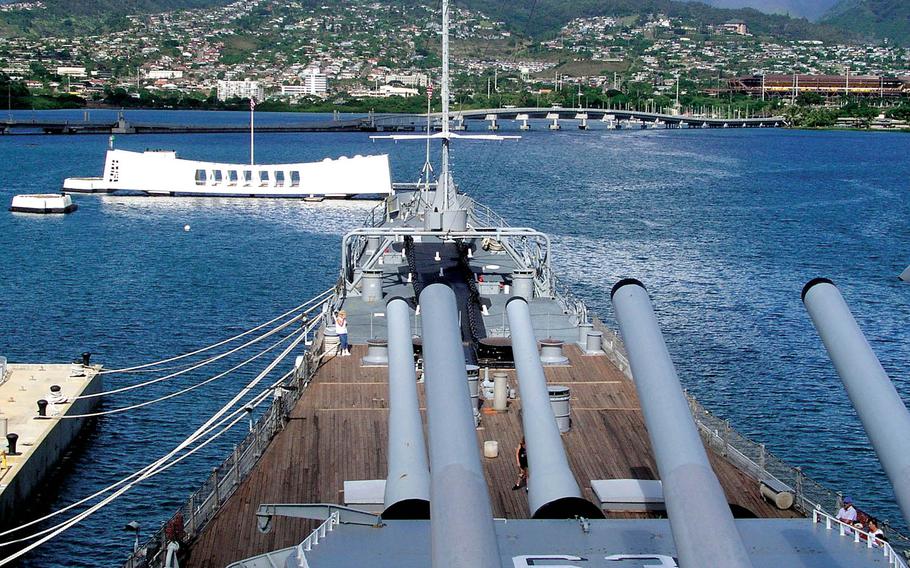 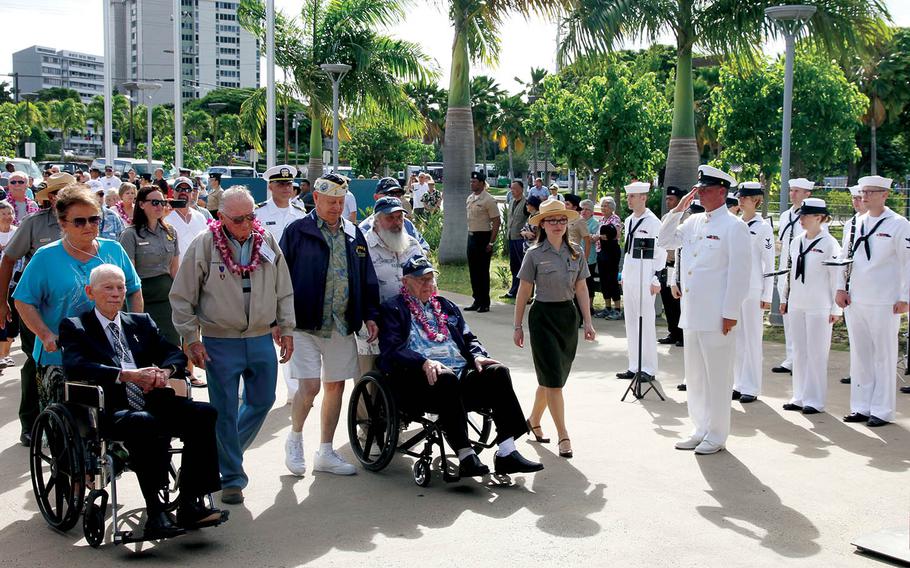 148p cs Four of the nine remaining survivors of the USS Arizona arrive at the Pearl Harbor Visitor Center in Honolulu Tuesday, Dec. 2, 2014, for a news conference. They will gather at the USS Arizona Memorial Sunday, on the 73rd anniversary of the Dec. 7, 1941, attack on Pearl Harbor, for what they've agreed will be the last official gathering of the group. From left are John Anderson, Donald Stratton, Louis Conter and Lauren Bruner. Wyatt Olson/Stars and Stripes (Wyatt OlsonWyatt Olson/Stars and) 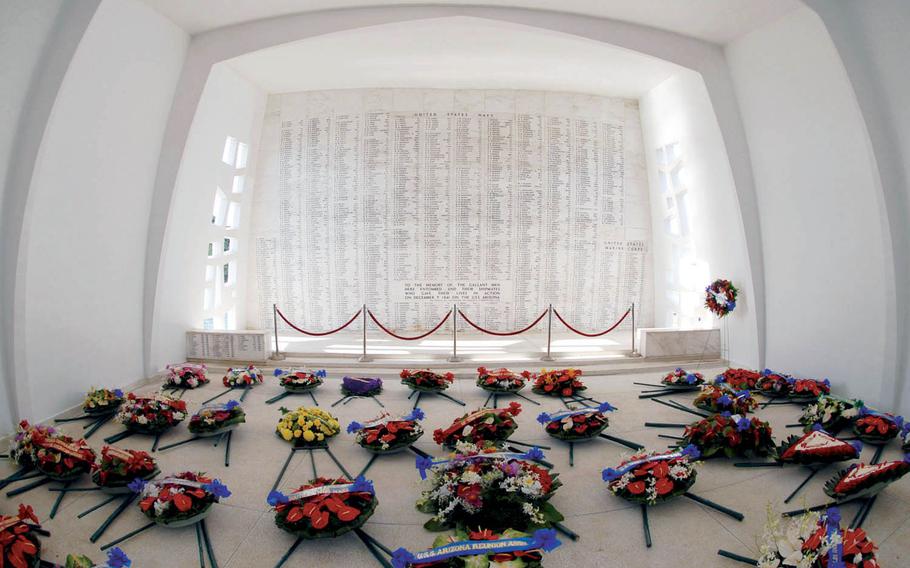 Wreaths serving as a tribute to servicemembers killed during the Dec. 7, 1941, attack on Pearl Harbor, adorn the USS Arizona Memorial in 2007. (Jeremy S. Brandt/U.S. Navy)

Pearl Harbor continues to reverberate. The attack on the U.S. Navy base by Japan on Dec. 7, 1941, shocked an insular nation into direct combat in World War II. Soon thereafter, in early 1942, the Gallup Poll registered that overwhelmingly isolationist public opinion had been transformed into equally decisive support for engagement “in world affairs.”

During this time, President Franklin D. Roosevelt of the U.S. and Prime Minister Winston Churchill of Great Britain made a dramatic commitment to the concept of a United Nations. In fact, this profound move came before the Pearl Harbor attack, at the conclusion of the summit between the two leaders in Canada in August 1941. Despite the demands of total war, Allied leaders planned the post-war U.N. institutions in remarkable detail.

Our blinders and mistakes before Sept. 11, 2001, were more subtle in nature. Presidents Bill Clinton and George W. Bush were guilty of short-changing national security needs, focusing on domestic agendas, and viewing terrorism as troublesome but still distant. Beware of politicians and others who argue the world fundamentally “changed” in the wake of al-Qaida’s mass murders in the twin towers, the Pentagon and the Pennsylvania countryside. That is a dead giveaway of ahistorical, self-absorbed leadership.

Our world remains, as always, uncertain and at times extremely dangerous. The Paris terrorist attacks provide current evidence. What ended as a result of the 9/11 terrorism was the American fantasy that the end of the Cold War had somehow rendered us invulnerable.

Initial American response to the 9/11 attack demonstrated commendable maturity. There was no mass Muslim incarceration along the lines of the internment of West Coast Japanese-Americans after Dec. 7. Pearl Harbor commanders Adm. Husband Kimmel and Gen. Walter Short were publicly condemned and cashiered. Bush deserves credit for not seeking political scapegoats for the Sept. 11 shocks.

Failure to foresee Pearl Harbor reflected inter-service rivalry and bureaucratic turf-protection, plus arrogant assumptions that Japanese could not defeat Western forces. Arrogance came from historical ignorance: Japan’s Imperial Navy with astonishing efficiency had utterly destroyed the Russian fleet only a few decades before Dec. 7. Likewise, Sept. 11 was facilitated by secretiveness and rivalries among our intelligence and security services, and no little cultural arrogance.

Pearl Harbor demonstrated Tokyo’s innovative use of tactical air power for strategic destruction of capital ships. American commanders were occupied with less imaginative threats. Even Adm. William F. “Bull” Halsey, more worried than most about a Japanese attack, and one of history’s great combat commanders in the Pacific war, was concerned primarily about submarine rather than air attack at Pearl.

Two outstanding books about Pearl Harbor were published many years ago. “At Dawn We Slept” by Gordon Prange and “Pearl Harbor — Warning and Decision” by Roberta Wohlstetter underscore the continuous challenge of securing accurate intelligence. After the shock of Pearl Harbor, FDR, Gen. George Marshall and other U.S. war leaders, working closely with our allies, showed great discipline in realistic assessment of the enemy and extremely thorough long-term as well as short-term planning. U.S. voters should assess contemporary leaders — and aspirants — by this standard.

On a very practical level, the next U.S. administration should give high priority to permanent membership for Germany and Japan among the other major powers on the U.N. Security Council. Their enormous economic success, effective democracy and support of the international community all argue forcefully for taking this overdue step.