The GOP’s 3-pronged strategy to win back the House

President Joe Biden’s job approval is lower than Barack Obama’s or Donald Trump’s at this point in their presidencies. Each of those predecessors saw his party lose control of the House of Representatives in his second year in office.

Midterm elections typically go badly for the party in power. Its opponents are aggrieved, its supporters disappointed at worst or complacent at best. But the Democrats are facing an additional challenge this year: an issue environment that accentuates their weaknesses.

Inflation is unquestionably the top issue for American voters right now. A recent ABC News/Washington Post poll found that 50% of voters trust Republicans more than Democrats on handling it, while only 31% had more faith in the Democrats. It’s a big advantage, and it’s not a fluke.

Inflation has been dormant for a long time in the U.S.: ABC News had not conducted a poll on which party was most trusted on dealing with the problem since the George H.W. Bush administration. It turns out that the Republicans had roughly the same advantage 30 years ago, too.

It may be, then, that Democrats aren’t just suffering because inflation has been high on their watch or even because Biden (like the Federal Reserve and many economists) clearly underestimated how long it would stay high. The public could just be primed to trust Republicans on the issue, the way it’s primed to trust Democrats on, say, Medicare.

Democrats are trying to build their own reputation as inflation-fighters — presumably that is a key reason Biden wrote an op-ed about the subject for The Wall Street Journal — but also want to get voters to put a higher priority on other issues that are more favorable to their party. Abortion and gun violence top that list.

The same ABC/Post poll found the Democrats with a 10-point advantage on abortion, and many polls suggest they are in sync with public opinion in seeking stricter regulation of guns. On both issues, however, intensity has often been on the side of conservatives.

Democrats are also eager to make a campaign issue out of former President Donald Trump, and his disgraceful effort to stay in power after losing the 2020 election. But this tactic failed last year in Virginia, where Trump is less popular than he is nationally. It seems unlikely that it is going to move voters more this fall.

Republicans, of course, can also try to elevate other issues. They have been blaming progressive prosecutors for rising rates of violent crime and for public disorder and think San Francisco’s recent recall of its district attorney illustrates the potency of this issue. (The ABC/Post poll found that Republicans have a 12-point advantage on crime.) They have also laid the groundwork to attack Biden’s immigration policies if conditions at the U.S.-Mexico border get visibly worse.

The issues Republicans want to highlight — inflation, crime and illegal immigration — all fit into a larger conservative story about government. Each of them involves a failure by the government at a core task: maintaining the value of the currency, suppressing violence, regulating the border.

They thus reinforce public suspicions about the competence of government and, therefore, about ambitious proposals for government-directed social change. They threaten the public’s sense of stability, order and control — the very things conservative politicians specialize in offering, if they can avoid coming across as radicals themselves.

Democrats spent several months trying to enact a “Build Back Better” agenda with high-flown rhetoric about “a once-in-a-generation opportunity to enact transformational policies that lift up people’s lives.” With voters upset about prices at the gas pump, that kind of talk now seems laughable. So, increasingly, does the prospect that Democrats will keep their majority in the House. 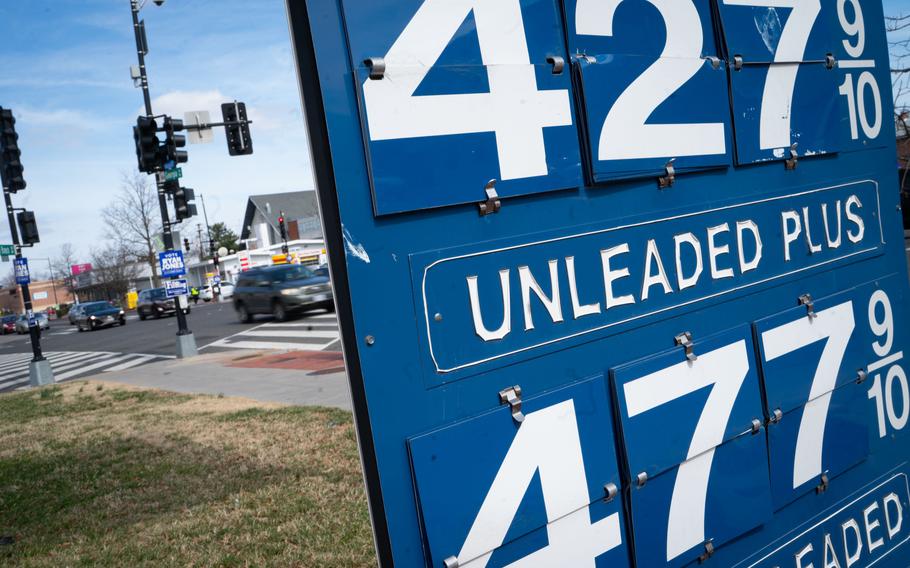