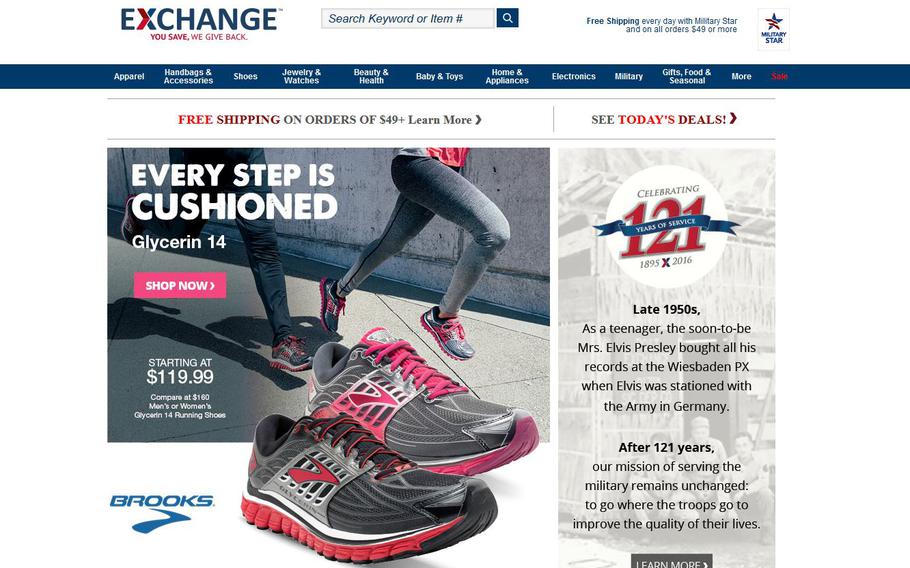 The plan to extend shopping discounts to most American veterans has two purposes. One is to reward them for their service with product savings that, on average, should be 20 percent over commercial department stores, with military exemption from state and local sales tax part of the discount.

The other goal is to increase exchange revenues to offset worrisome declines recently due to the sharp drawdown in active-duty forces, base closures particularly overseas, elimination of on-base tobacco product discounts and reduced margins from selling cheaper gasoline on base.

Whether exchange products are sold in base stores or through online portals, the military relies on the revenue to fund its Morale, Welfare and Recreational activities. Given the defense budget squeeze since passage of the 2011 Budget Control Act, with its sequestration mechanism, some services have had to use exchange “dividends” for needs beyond golf courses and movie theaters. The Army has used exchange earnings of late to pay for new day care centers, a need it used to solve with appropriated dollars.

Deputy Defense Secretary Robert Work is expected to give final approval to the Veterans Online Shopping Benefit within 60 to 90 days. He will be urged to do so not only by the resale board, which advises defense leaders on base store operations, but also by senior Pentagon manpower officials who finally are backing the initiative after more than two years of study, internal debate and some very detailed preparations, sources said.

The Army and Air Force Exchange Service, whose chief executive officer Thomas C. Shull has led the more-than-two-year effort to expand online shopping, has been building out its shopper website, its customer call centers, and its warehousing and distribution systems, sources said.

All the exchange services also have been working with the Department of Veterans Affairs and Defense Manpower Data Center to develop methods to verify that potential shoppers are honorably discharged veterans.

And most recently, the exchange services have reached agreement on how to divide revenue from online purchases using ZIP codes of buyers to estimate service affiliation, said Patrick B. Nixon, president of the American Logistics Association. ALA lobbies on behalf of manufacturers, brokers and distributors doing business with military exchanges and commissaries.

By giving honorably discharged veterans only access to exchange products and only online, proponents believe they will dampen criticism from active and reserve forces, military retirees and families, that their own hard-earned shopping benefit is being diluted or improperly shared.

The more highly prized commissary shopping benefit isn’t involved. Store traffic won’t increase. Exchange officials also will emphasize to current patrons that the veterans’ benefit will increase online traffic enough to deliver deeper discounts for all. Yet discounts for exchange shopping on base are expected to remain more robust than the savings available online.

All of these factors helped to persuade most major military associations to support the initiative.

ALA, with its close ties to military resale executives, was first to report to its members the Aug. 9 board vote in favor of online shopping for most veterans. Nixon said he agrees with plan proponents that expanding the population of online exchange shoppers will enhance the benefit for all.

Exchanges acknowledge they are losing sales to popular commercial online sites such as Amazon, and as military patrons grow increasingly comfortable with using smartphones and tablets to shop.

By adding veterans to the online patron base, exchange services expect total annual online sales to jump from $250 million to $1 billion in less than four years. That would produce up to $72 million in additional earnings, half of which would be dividends to support quality-of-life programs.

If, as expected, Deputy Secretary Work approves the initiative, Congress would be notified and given 30 days to object. But department lawyers have concluded that neither congressional approval nor new legislation would be required. Work only would need to make modest changes to an instruction (DoDI 1330.21) governing exchange operation.

Exchanges are eyeing a “soft launch” of the expanded online benefit to segments of veterans by mid-2017, to gauge demand and test system capabilities including the process to verify veteran status. A full launch with much fanfare and promotion is expected by Veterans Day in November 2017.

One lingering concern is the need for the plan to be approved and set before the Obama administration leaves office in January. Otherwise proponents will have to argue the merits again to a new leadership team.

E-commerce is the fastest growing segment of retail “inside and outside the gate,” Nixon said. “Normally the military resale system is a little bit behind the power curve. I applaud the fact that exchanges … have aggressively moved out [on] realizing brick and mortar will not sustain any resale program. Online is the future. And for them to keep pace with initiatives outside they really need to focus on their e-commerce capabilities. This is a great opportunity to bring a large shopping population into the fold.”

Military retirees, 100-percent disabled veterans and Medal of Honor recipients would still be the only veterans allowed to shop in base exchanges.

Key arguments proponents used for expanding online shopping is that it will: incentivize a deeper connection between veterans and their services; send a fresh signal that the nation values their service, and reward the many recent veterans who deployed multiple times to Iraq and Afghanistan and yet had to leave service during the drawdown short of retirement eligibility.

VA estimates, however, that the median age of the veteran population is 64. So exchanges are using the online shopping behavior of military retirees to predict level of use on expanding the benefit. Retirees generate 40 percent of online revenue for the Army and Air Force Exchange Service and 28 percent of online revenue for the Navy exchange system.