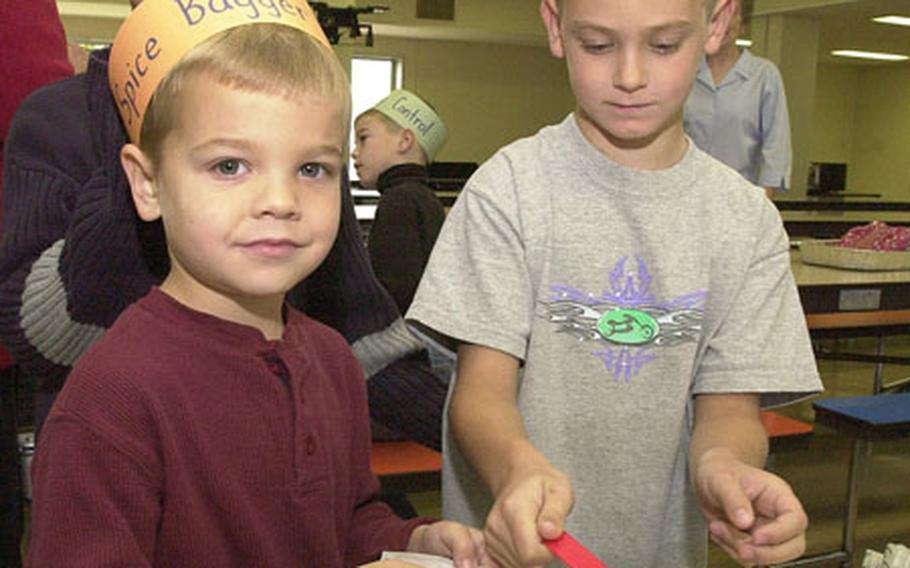 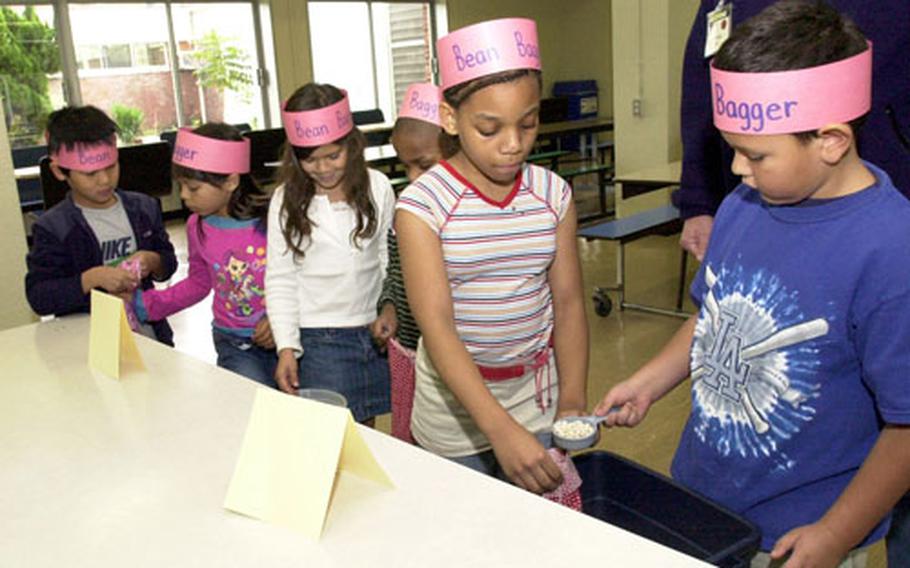 Zukeran Elementary School students serve as “bean baggers” during the school’s bean soup factory Tuesday in the cafeteria. Second- grade teacher Marilei Diggs and first-grade teacher Marsha Post have combined their classes every year since 1989 to run the soup factory.Bags of complete ingredients — including a dozen types of beans, spices and cooking directions — are being sold for $4 a bag; all profit gets donated to a charity the students choose. (Fred Zimmerman / S&S) 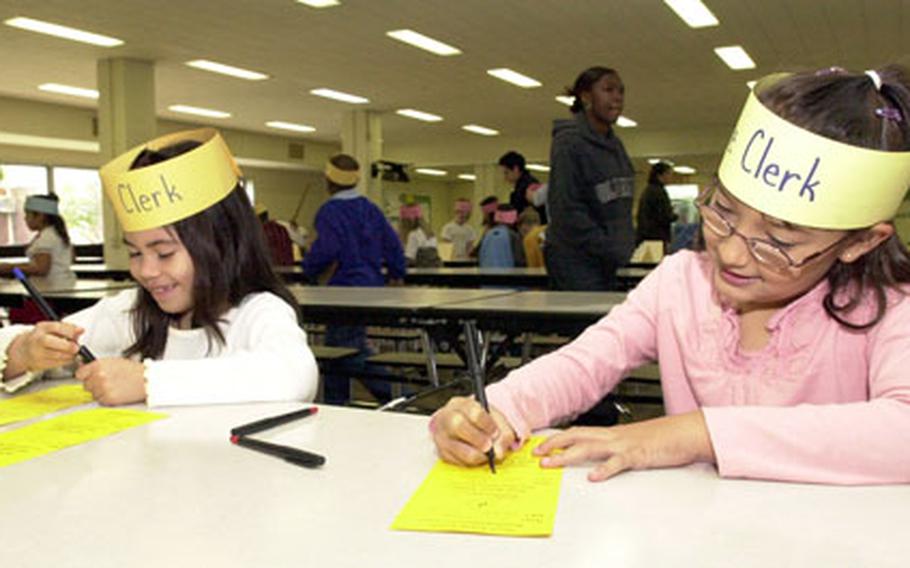 CAMP FOSTER, Okinawa &#8212; Two classes from Zukeran Elementary School put away their books for several days this week and went to work in a &#8220;factory,&#8221; running every aspect of the business from supervisor to safety patrol.

Students from Marsha Post&#8217;s first-grade and Marilei Driggs&#8217; second-grade classes have been running the &#8220;bean soup factory&#8221; every year since 1989, Post said. While it first started out during the Christmas season, the students now run the factory in time for Valentine&#8217;s Day.

On Monday and Tuesday, the classes met in the school&#8217;s cafeteria and students were assigned work areas. Students worked in three shifts, their jobs ranging from supervisor to bean packer, and they never held the same job twice.

The process started with students receiving their job for the shift. Valentine&#8217;s Day-themed cloth bags were filled with a dozen types of beans and a package of spices. The bags were weighed and beans were removed or added to meet the 5-pound mark. Students working in the design artist position created labels that included cooking directions.

Driggs said the students will deliver the bags to students whose parents have placed orders. Each bag of soup goes for $4, and so far 90 bags have been ordered, Driggs said.

All company earnings are donated to a charity. Driggs said they propose ideas to students and let them decide which charity will receive the funds.

Students learned Tuesday that the working world has its setbacks: Production was halted temporarily when they ran out of some of the supplies to make the soup. Post said while they weren&#8217;t planning to continue into Wednesday, they will have to in order to meet demand.

While production may stop after Wednesday, Post said the factory won&#8217;t turn away a customer &#8212; to order a bag of soup, e-mail marsha.post@pac.dodea.edu.