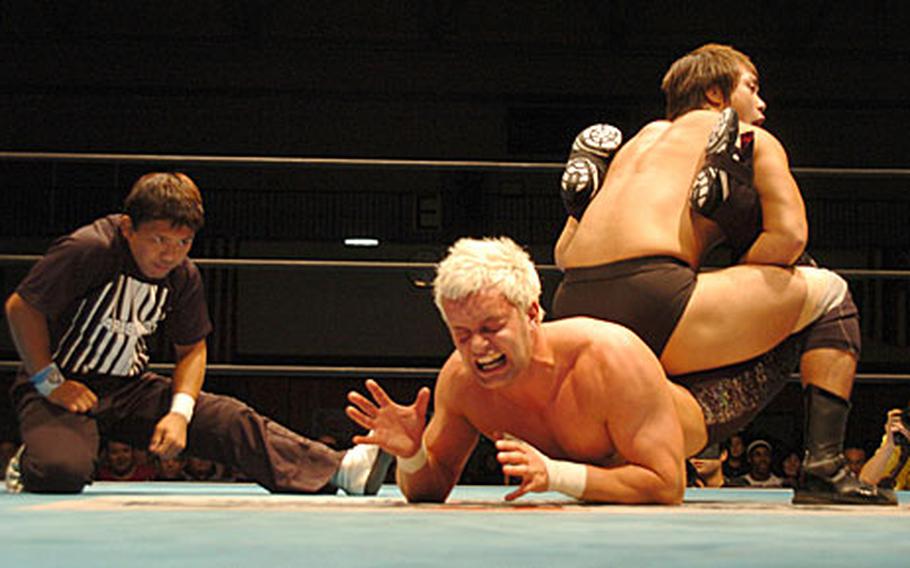 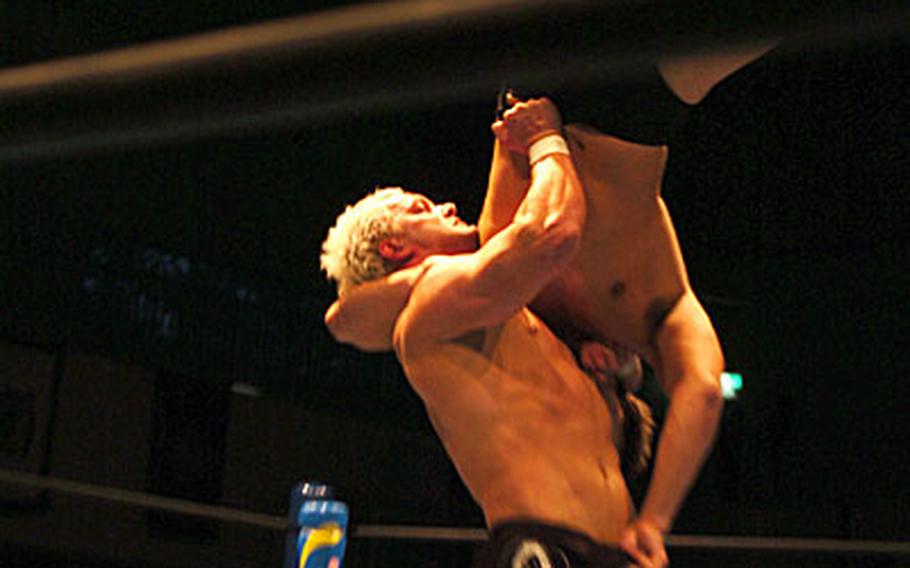 Slam Fest was hosted by Morale Welfare and Recreation and promoters of the New Japan Pro Wrestling Company. Prince Devitt emerged victorious after pinning Naito to end the match. (Christopher B. Stoltz / S&S) 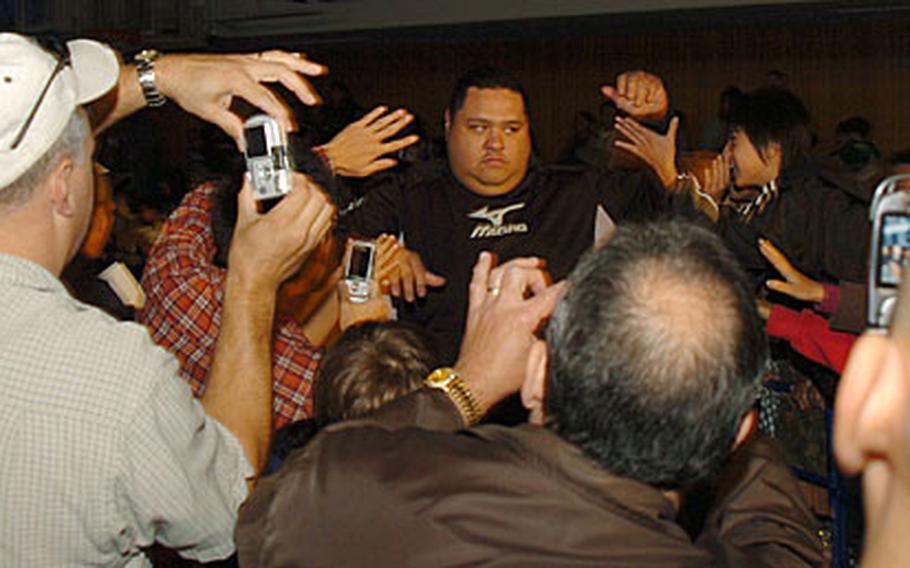 Chad Rowan, known as Akebono “Super Strong Machine,” gets a standing ovation as he enters the gymnasium. Akebono is a local favorite and a member of the New Japan Pro Wrestling Company. The Hawaiian-born Akebono earned the title of Yokozuna, sumo wrestling’s highest title, in 1993. (Christopher B. Stoltz / S&S) 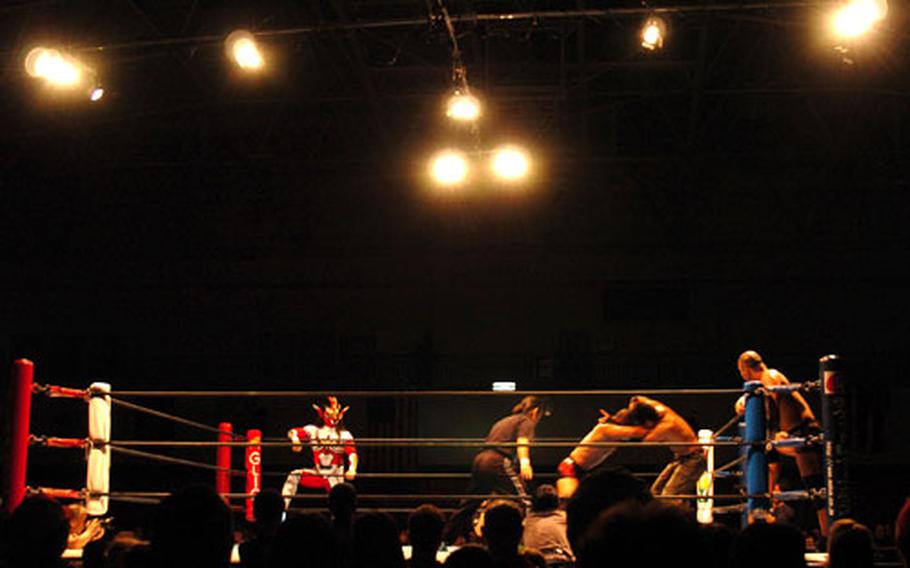 Planning for the event began six months ago, after someone came into the office suggesting that MWR try and bring pro wrestling to the base, he said. During the following months, MWR and New Japan promoters worked to make the event a reality.

Wertz said one of the biggest challenges was working with New Japan to secure an event date, as many wrestlers are constantly performing on the road.

Once the date was chosen, coordination with base legal, safety, engineering and security officials made sure that everything could take place without trouble, he said.

One thing that made the event unique was that admission was free.

Tickets to regular pro wrestling events in Japan start around $40 and can cost as much as $100 per seat, Wertz said.

During intermission, local karate students gave a demonstration of their skills and children from the base got a chance to learn a few moves from Giant Bernard and Tiger Mask.

&#8220;It was a nice event, very entertaining and fun for the family,&#8221; said Jen Wallis, who attended the event with her husband, Chief Warrant Officer Tom Wallis, and their son, Cody.

Her husband agreed, saying, &#8220;The more variety of events they can bring here, the better it is for everyone in the community.&#8221;

Wertz said that if the show proves to be a success, he&#8217;d like to see SlamFest become an annual event.