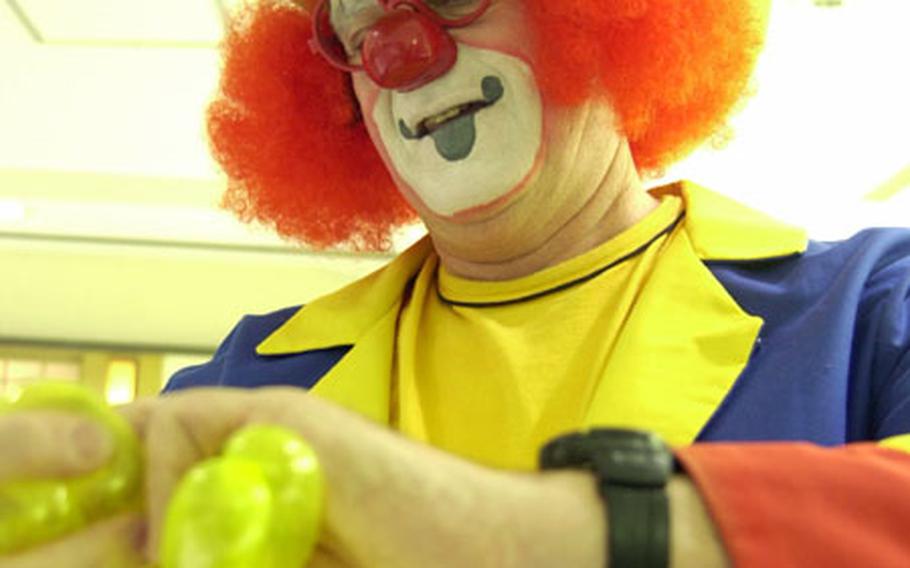 Dick Haun dresses up as a clown in Ikebukuro and entertains children at a shopping mall with balloon animals to celebrate the New Year. (Jim Schulz / S&S)

Dick Haun dresses up as a clown in Ikebukuro and entertains children at a shopping mall with balloon animals to celebrate the New Year. (Jim Schulz / S&S) 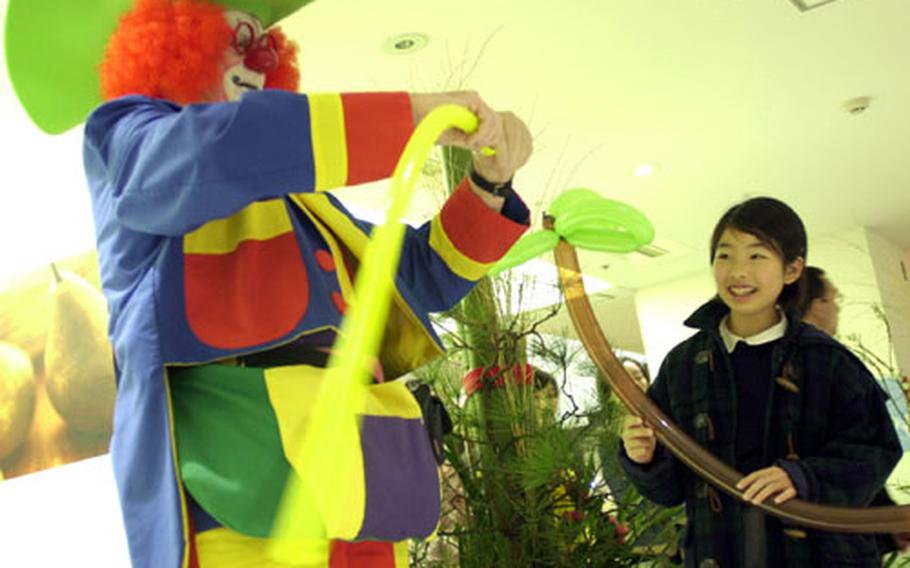 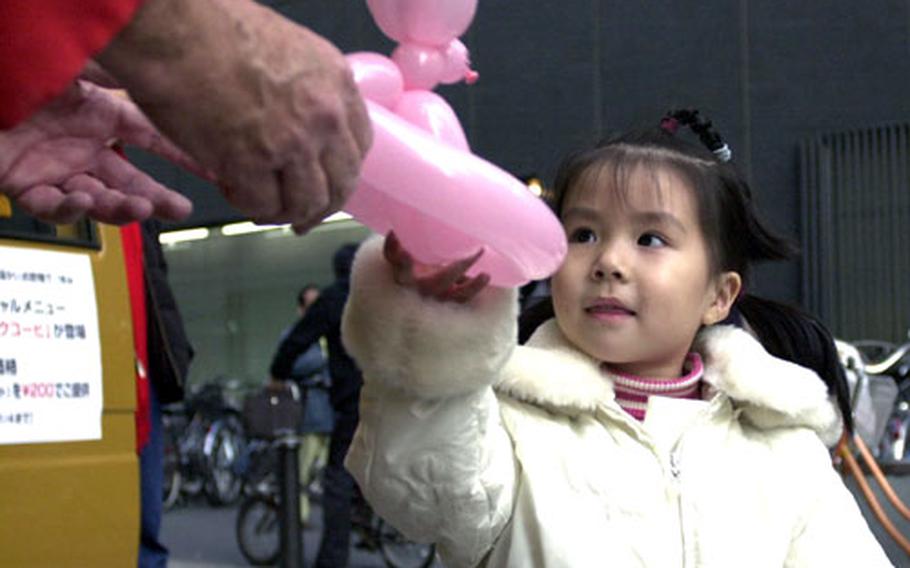 A child reaches out for a balloon bunny in Ikebukuro. (Jim Schulz / S&S)

TOKYO &#8212; It took seconds for the little yellow balloon monkey &#8212; in honor of the new year &#8212; to flutter to life in the hands of Dick Haun, Camp Zama&#8217;s Morale, Welfare and Recreation marketing director and a clown magician.

A dozen balloon animals later and Haun packed up from the Parco Department store in the Tokyo neighborhood of Ikebukuro where he was spending a sunny Friday.

Haun, known in costume as Lil&#8217; Dickens, entertained delighted children with his big green hat and the trademark red nose.

Haun didn&#8217;t plan to be a clown. The former soldier came to Japan 25 years ago to work at Camp Zama&#8217;s Morale, Welfare and Recreation department as youth services director. He later became service club director and now heads up marketing.

Six years ago, the base librarian asked him to help reward children who participated in a summer reading program. Her idea was simple: Haun would entertain the kids with magic.

The librarian wouldn&#8217;t take no for an answer, so armed with a few books, Haun learned a few tricks.

After he repeated the performance the following year, parents asked if he did parties. He thought &#8220;why not,&#8221; and the rest is history.

The magic evolved into a clown routine and later balloon animals &#8212; an instant hit with the kids. He&#8217;s taught himself everything he knows, using books and videos.

Haun now works on the side for a Japanese agency and does parties and other functions on and off base. He&#8217;s performed at 284 events.

His balloon animal repertoire, which began with simple dogs and cats, has grown to 25 balloon characters, including an octopus and a monkey on a palm tree. He&#8217;s never taken a balloon, magic or clown class. Everything came from books and videos, and he&#8217;s passing along that knowledge to the Arn Elementary School magic club.

Haun is now a celebrity among children at the Sagamihara Housing area near Zama, where he lives. They follow him around asking him to do tricks.

He&#8217;s performed at events as far away as Misawa Air Base in northern Japan, along with visits like the one Friday to Japanese shopping malls.

He also gets to work with performers in Japan from around the world &#8212; such as fire-eaters and stilt walkers.