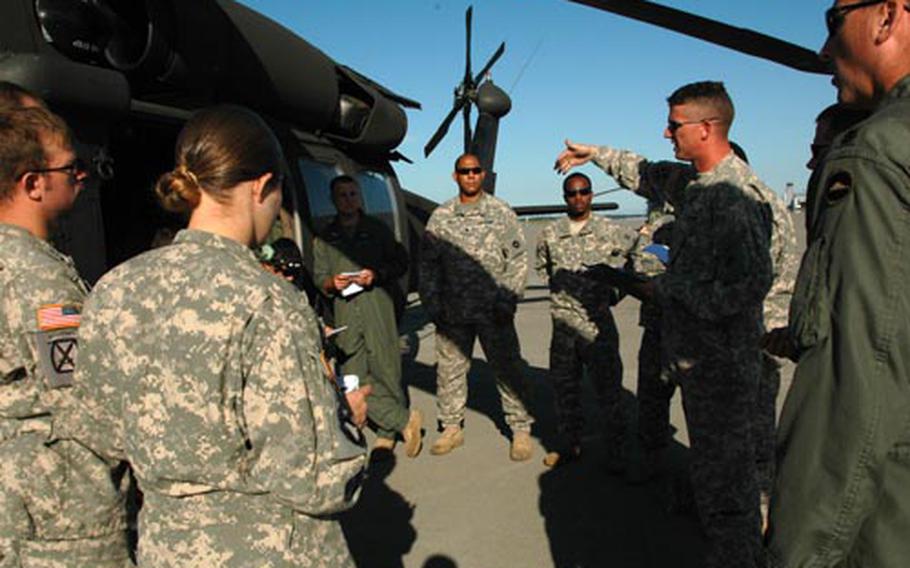 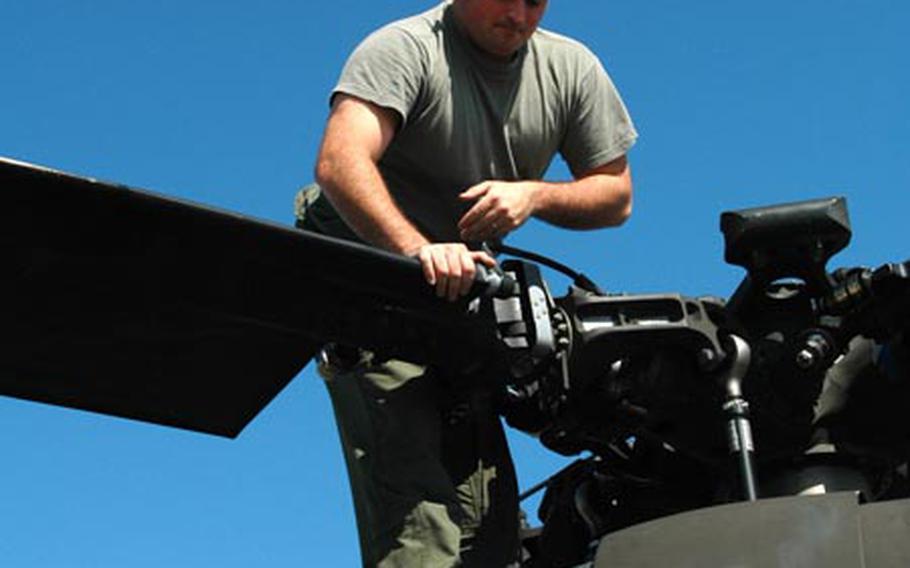 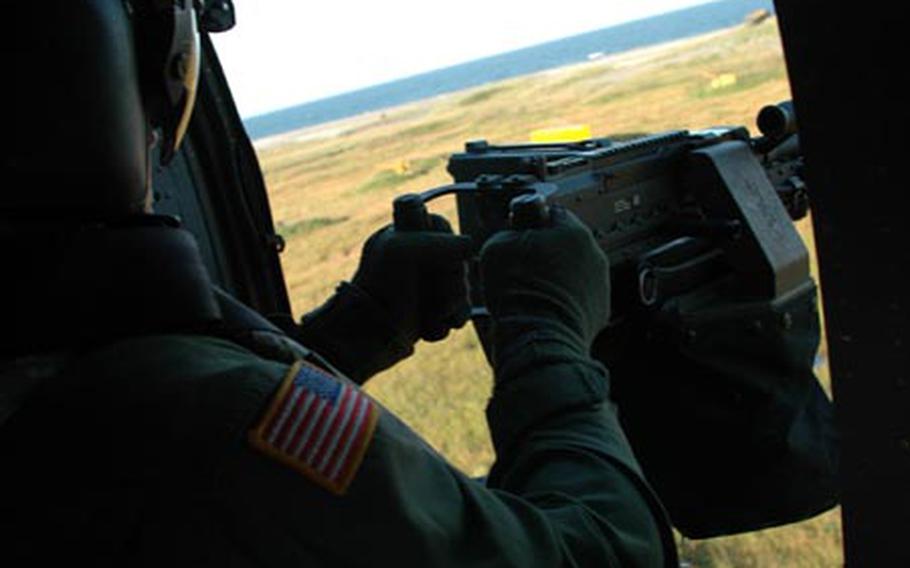 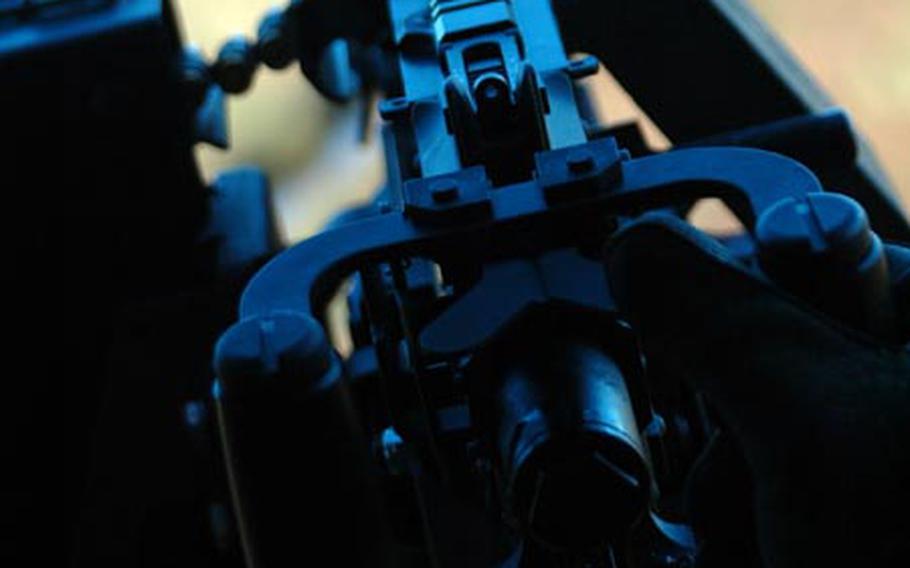 MISAWA AIR BASE, Japan &#8212; Flying a few hundred feet above the ground, a pair of UH-60 Black Hawk helicopters descend upon targets on a strip of beach.

The choppers make a hard left and swing down closer to the shore, closing in on the rows of trucks and anti-aircraft guns.

Inside the helos, a flurry of movement breaks out. The pilots call out targets to the awaiting crew chiefs, who swing their weapons to the ready.

Cleared to fire, the chiefs let loose a hail of bullets from their M240H machine guns on the targets as the choppers zip along the shoreline. Along their route, pilots continue to call out targets to the gunners, who respond with verbal confirmation and ask for more lead on the targets. Then the firing stops, and while the crew chiefs rush to reload, the pilots swing around for another pass.

So it went at Misawa last week as members of the 78th Aviation Battalion, based out of Camp Zama, participated in door gunnery qualifications.

"There&#8217;s a lot more than just shooting involved when you&#8217;re in the air," said Staff Sgt. Matthew Shattuck, the battalion&#8217;s standardization instructor and a master gunner, who helped oversee the training.

In door gunnery, communication with crew members and being able to reload while flying is as important as putting rounds down range, he said.

In gaining that experience, one thing crew chiefs learn is that in a helicopter, bullets don&#8217;t always go where they&#8217;re supposed to.

Because of the massive forces created by the spinning rotors, known as wash, bullets will actually curve in midair when fired from the door of a helicopter, explained Staff Sgt. Joy Kinzer, a flight instructor and a battalion master gunner. "I think the training went well," she said adding that this was the first time that some of the soldiers had gotten the chance to fire the M240H, which replaced the much older M-60 machine gun.

"It was good hands on training, especially for those who haven&#8217;t shot the 240 before," said Spc. Matthew Adair.

As crew chiefs, Adair and other soldiers are responsible for more than just gunnery aboard the aircraft.

Aside from performing pre-flight inspections and securing cargo and passengers, they&#8217;re also the pilots&#8217; eyes in many situations, helping them maneuver and land, as well as keeping an eye out for threats and other aircraft.

"Before, during and after a flight you are constantly scanning the area," said Adair. "With gunnery, you are behind a weapon while you&#8217;re looking."

This was the first time the 78th has used the Misawa range in several years, said A Company commander Capt. James Campbell, adding that in the past the unit has flown all the way to Okinawa to shoot.

In all, nine soldiers qualified on the range, he said, with eight also qualifying using night-vision goggles.

However, the training was more than just about shooting. It also was an exercise in self deployment for the unit.

"[The flight to Misawa] was good training for the pilots as well," said Campbell. "They don&#8217;t get the chance to fly 600 miles in one day very often."