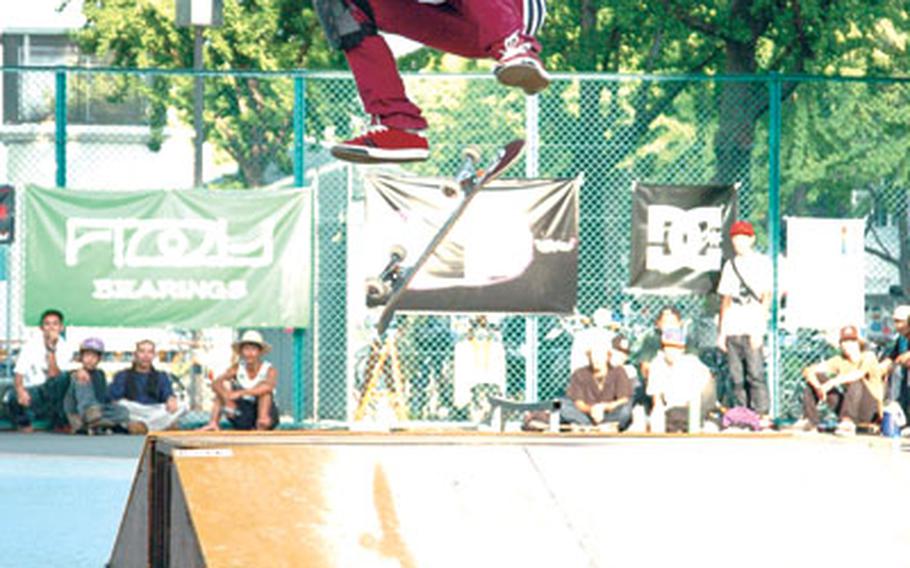 Dylan Thompson, a seventh-grader at Zama American Middle School, does a double kickflip during a Gate Japan skateboard competition Aug. 26 in Nagoya. The 12-year-old amateur is the 2007 series grand champion in the middle and novice classes. (Courtesy of Transworld Skateboarding Japan)

Dylan Thompson, a seventh-grader at Zama American Middle School, does a double kickflip during a Gate Japan skateboard competition Aug. 26 in Nagoya. The 12-year-old amateur is the 2007 series grand champion in the middle and novice classes. (Courtesy of Transworld Skateboarding Japan) 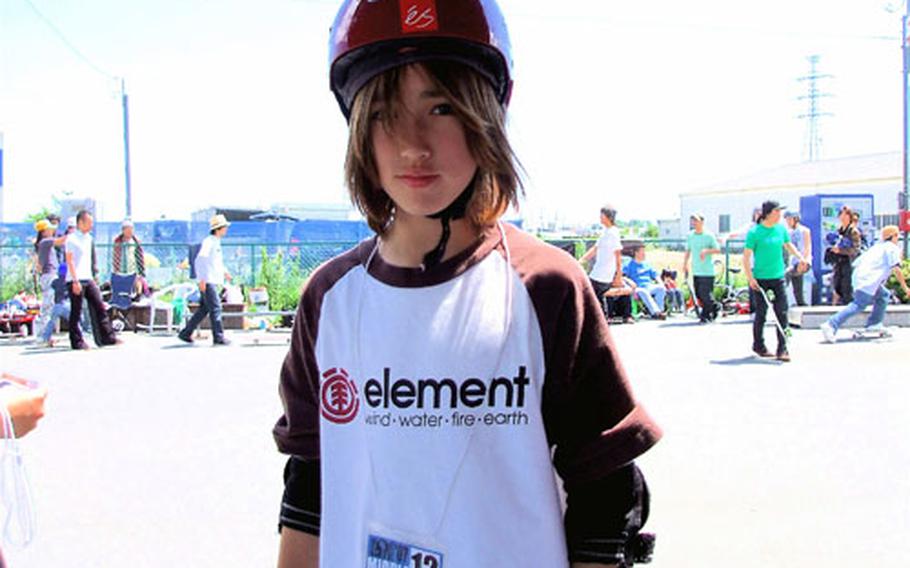 Dylan Thompson appears at a Gate Japan skateboard competition in Saitama in May. (Courtesy of Otto Thompson) 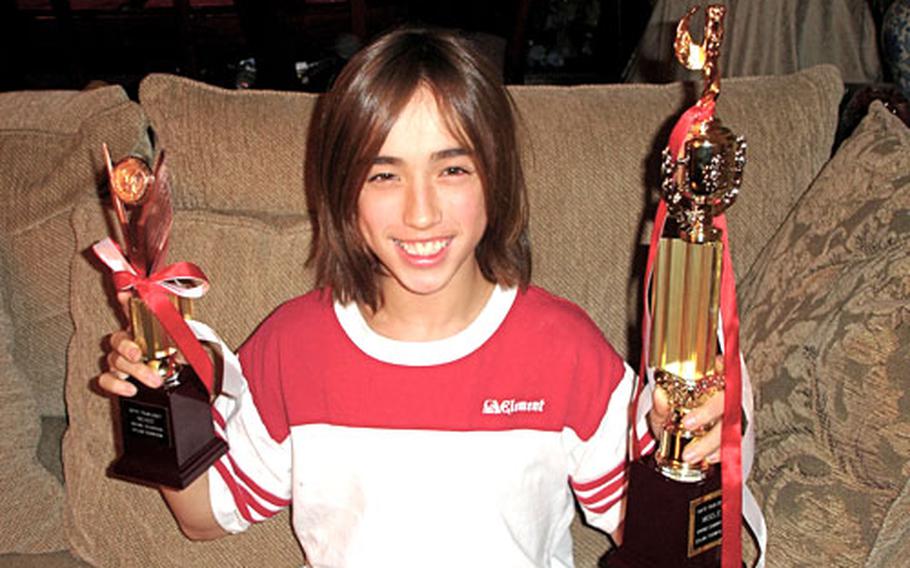 Thompson received these trophies Dec. 13 at an awards ceremony in Shibuya. (Courtesy of Otto Thompson)

A Zama American Middle School seventh-grader is turning heads in the world of skateboarding.

Dylan Thompson finished this year as the amateur grand champion in the novice and middle classes of Gate Japan, the country&#8217;s largest skateboard contest series. It&#8217;s the first time anyone has won two of the league&#8217;s three divisions &#8212; expert being the other &#8212; and he was honored last week at an awards ceremony in Shibuya.

Like many kids, he once thought skateboarding was just a way to pass time with friends. A little more than a year ago, he decided to get serious about it.

Dylan made his competitive debut at a Gate event in November 2006, placing second in the novice class. He completed the full circuit this year, appearing at competitions in Kobe, Nagoya and Saitama twice.

The Gate series involves a mix of professional and amateur skateboarders. Although Dylan generally competes against other amateurs, on a few occasions he has appeared in the expert class and gone up against the pros, including skaters in their late teens and early 20s.

He used to play soccer and remains interested in hockey, but he started devoting more time to skateboarding after catching images of pro skateboarders showcasing their aerial skills to rock music on the Internet.

Dylan said it made him want to take his own boarding further.

But riding down a stair&#8217;s handrail or performing a &#8220;double kickflip&#8221; at the top of a three-story vertical ramp can be intimidating.

In June, he took part in Windells Camp at Mount Hood, Ore., a skateboard-snowboard clinic that&#8217;s produced many of the sport&#8217;s biggest names, including Olympic snowboarding gold medalist Shaun White.

Dylan said the experience elevated his skateboarding dramatically, and he got a chance to try out several parks in the Portland area.

He was born in Alexandria, Va., but moved to Camp Zama with his parents just before turning 3. His mother, Sachiko, and his father, Otto, are his biggest supporters.