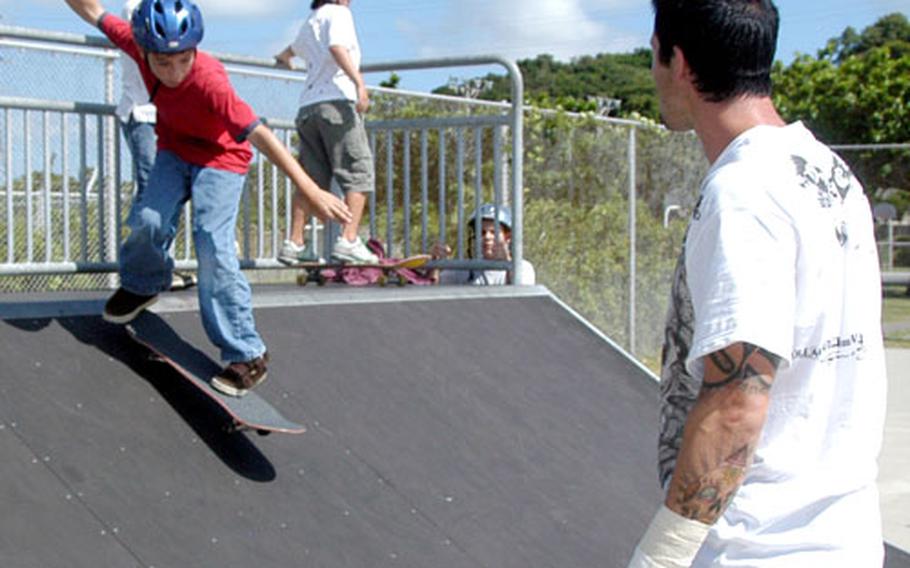 Javier Mercado, 15, shows off his skills on the half-pipe. (Natasha Lee / S&S) 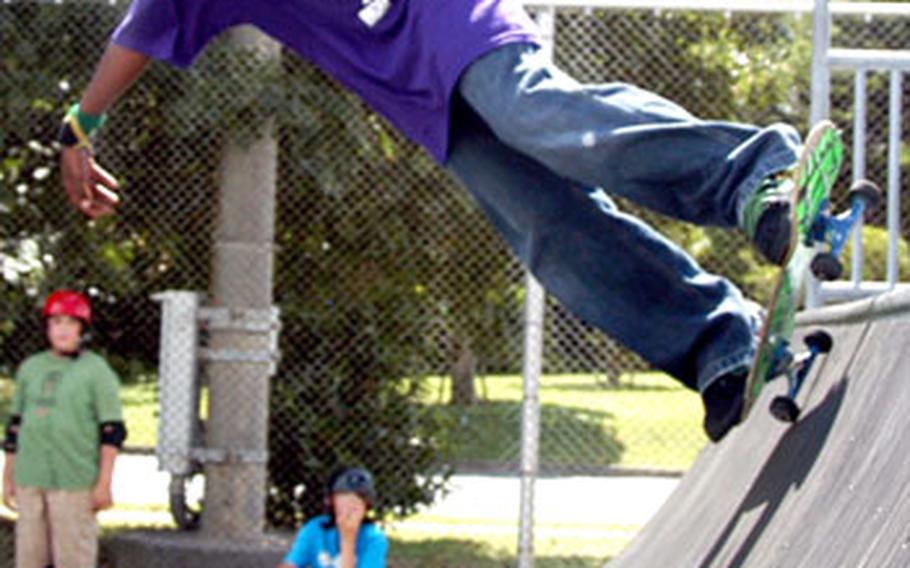 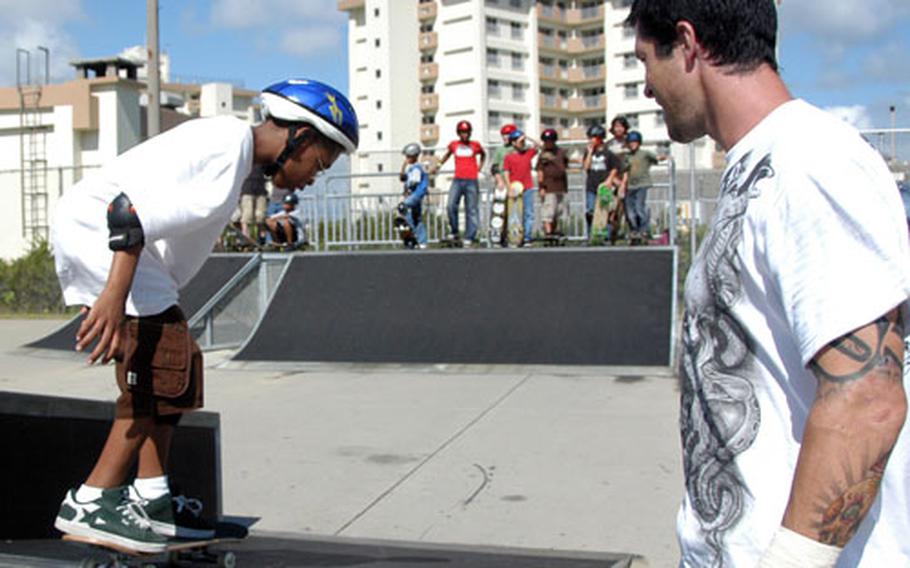 Dyrell Cole, 11, heads down a ramp with some direction from Chad Knight. (Natasha Lee / S&S)

More than 40 skaters &#8212; from the novice to the promising &#8212; showed off their ramp skills and gained a few gnarly moves of their own under the guidance of Knight, who was hosting a free, three-day skateboarding camp at Camp Courtney&#8217;s skate park.

Dyrell Cole, 11, said he was hoping to be able to skate down the half-ramp by the end of the camp.

But he felt confident considering it was his first time skateboarding.

Knight, 31, said it&#8217;s the kids&#8217; enthusiasm for skating that encourages him to hold such camps. He has skated professionally for 11 years.

The exposure to the sport also keeps kids occupied and out of trouble, he said. Plus, Knight said he knows how exciting it is for kids get exposure to professional skaters.

"I still remember when we had a pro skater come visit us, how excited we were," said Knight, a native of Westerville, Ohio, just outside of Columbus.

J&#8217;ira Wilson, 13, said she was so excited to meet Knight that she skipped breakfast.

"My mom showed me some videos of him on YouTube," she said.

For Jamari Wesley, 12, attending the camp means learning how to do an axle stall before his friend Neil returns from summer vacation.

The trick involves riding up a ramp and doing a midturn on the edge of the top.

Knight heads to Kadena Air Base on Thursday to run a four-day camp, and is scheduled to host others in mainland Japan.