Young GIs get first taste of war in Ramadi 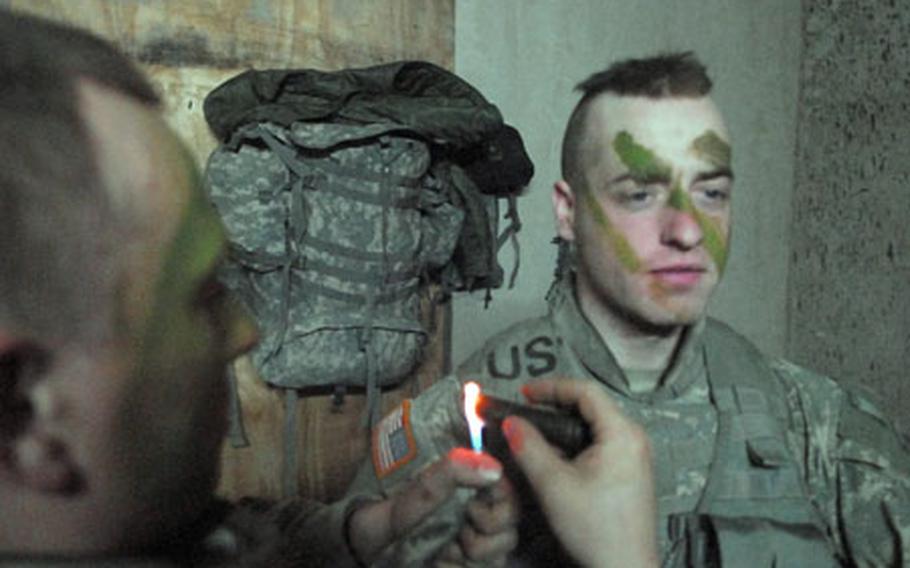 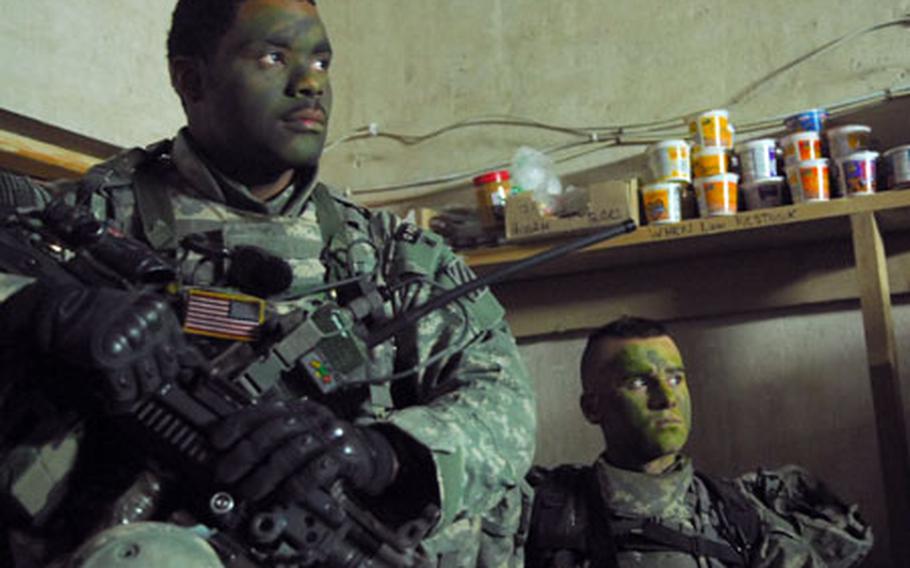 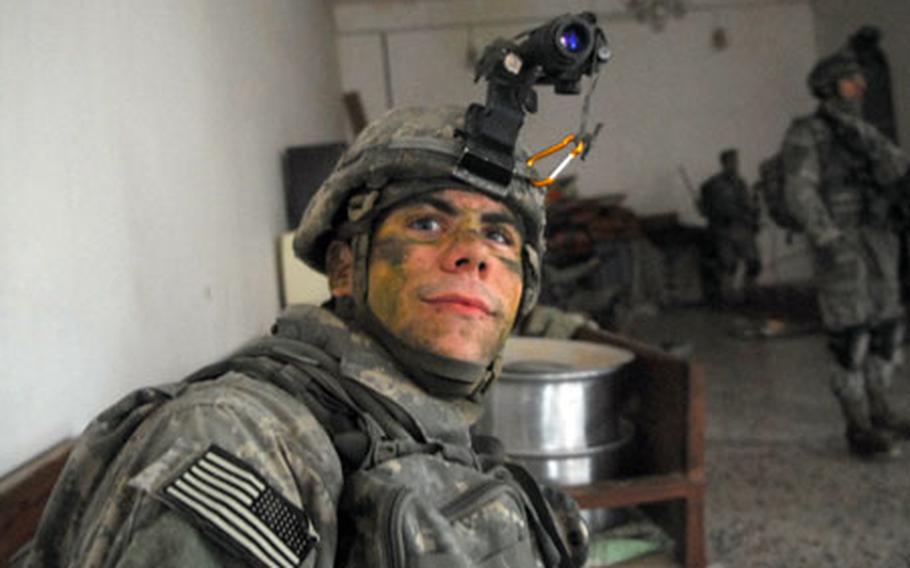 1st Lt. Joshua Drake, 24, of Lakeland, Fla. (wearing helmet) questions Iraqi men through his interpreter during a search of homes in Ramadi early Wednesday morning. The men were not taken into custody. (Monte Morin / S&S) 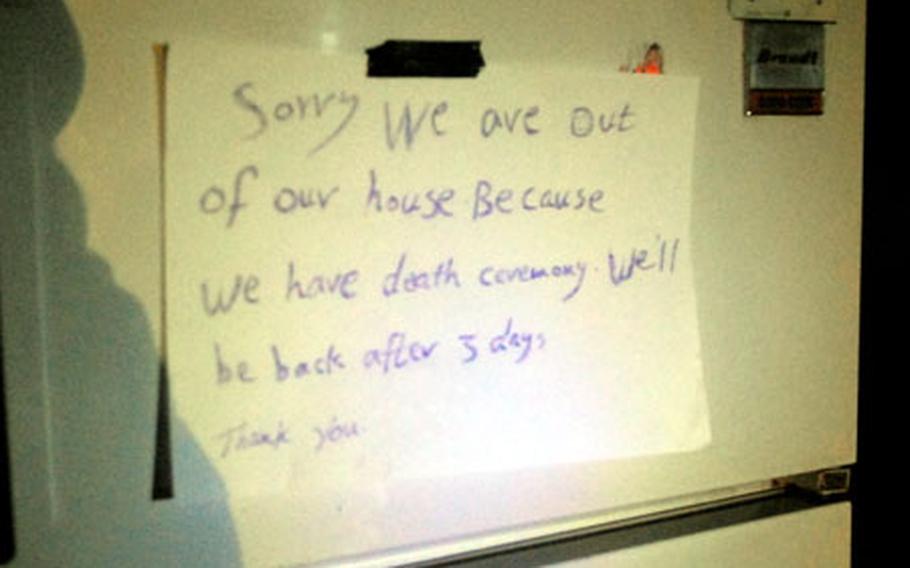 An Iraqi family, in apparent anticipation of a house search, left a note for American troops on their refrigerator door saying they were at a funeral and would be back in three days. Troops from Blue Platoon, Company D, 3rd Battalion, 69th Armor Regiment, 3rd Infantry Division, discovered the note during a cordon and search operation Wednesday morning. (Monte Morin / S&S)

For at least two recent arrivals in this battered provincial capital, where troops attached to the 1st Brigade Combat Team, 3rd Infantry Division are battling Islamic militants in a muddy and bloody urban war, the answer is both love and money.

Before he can retire though, Ralston has to face one of Iraq&#8217;s toughest areas of operations &#8212; downtown Ramadi.

While commanders say they have made phenomenal gains in this Sunni Arab city over the last eight months &#8212; forging an alliance with local tribes and enlisting more than 4,500 new Iraqi police &#8212; the city&#8217;s dense, south-central area remains violent.

Commanders with the 3rd Battalion, 69th Armor Regiment, the unit responsible for much of downtown Ramadi, say that scores of hard-core Islamic militants have, after being driven out of other areas, focused their operations here, staging frequent, brazen attacks against U.S. forces. In one recent episode, a Bradley fighting vehicle melted to the ground after enemy fighters snuck up to the vehicle and placed a bomb beside it. No soldiers were injured.

Officers believe that Islamic fighters here are staging an offensive of their own, timed perhaps with the U.S. troop surge in Baghdad, as well as the 3rd ID&#8217;s recent arrival in Ramadi. The new units have hit the ground running and have launched a series of operations aimed at rooting out enemy cell commanders and disrupting insurgent supply networks.

The plan, they say, is to clear the dense city blocks and establish new outposts for Iraqi army and police so that they can hold the territory.

With just three weeks on the ground here, Ralston and his fellow Blue Platoon soldiers already had experienced their first firefight &#8212; a harrowing, hourlong ordeal in which six soldiers and Marines were injured by gunfire, roadside bombs and rocket-propelled grenades.

The group was pinned down for much of the time, until Bradleys clanked down the street, laid down fire with their 25 mm cannons and evacuated the soldiers.

When the troops were clear of the scene, an F-18 fighter jet dropped a bomb on the enemy&#8217;s position. Soldiers estimate that as many as 10 enemy fighters were killed in the engagement.

Pfc. Adam Novikoff, 21, of Oregon, also is attached to Blue Platoon, Company D, 3-69. The M240 gunner recalls frying the barrel of his weapon that afternoon when he fired more than 1,000 rounds of suppressive fire.

When he recalls the incident, he says it wasn&#8217;t exactly what he figured life had in store for him a little more than a year ago. At that time, he hadn&#8217;t considered joining the Army and thought little about the war.

Novikoff, who was working at a tire store, quit in disgust.

Oddly enough, Novikoff said he didn&#8217;t realize at the time he would wind up in Iraq, much less the streets of Ramadi.