‘You will not have one roadside bomb’ 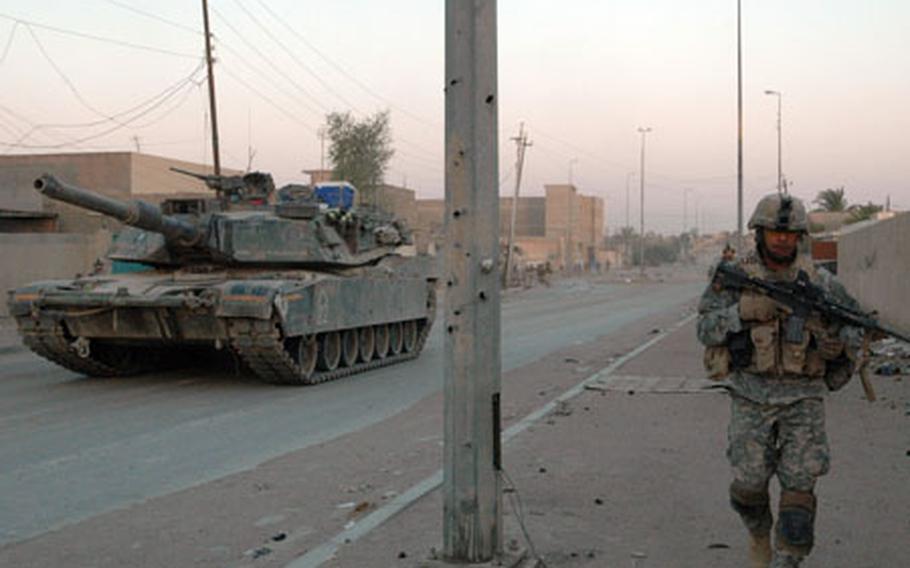 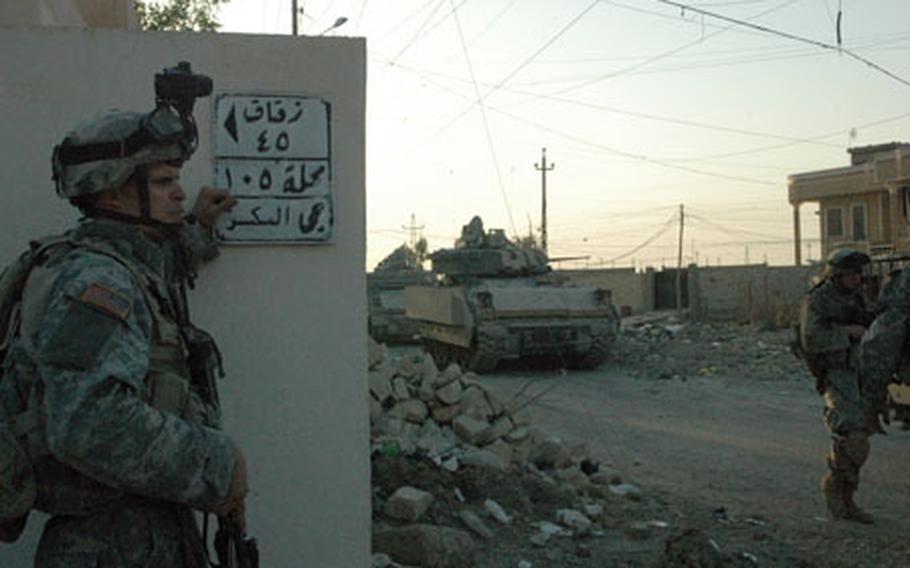 &#8220;As long as we are patrolling here, you will not have one roadside bomb,&#8221; the Iraqi commander said to an American officer over piping hot glasses of heavily sweetened tea, or chai.

While his career in Saddam&#8217;s army ended abruptly with its abolition four years ago, Rashid has found himself once again in command of a unit of former soldiers like himself. The unit, dubbed the 1st Emergency Response Unit Battalion, or ERU for short, is an auxiliary police unit that patrols the 50-square-mile Jazeera suburb north of downtown Ramadi.

The unit, which essentially is a tribal militia or security detail, is one of scores of such units created in Ramadi and, according to U.S. commanders here, critical to securing the violent capital of western Anbar province.

Whether Rashid&#8217;s roadside bomb prediction comes to pass remains to be seen. But so far, U.S. Army Capt. Matthew Marston, 28, of Sanford, Maine, said that Iraqi police and newly formed ERUs in Ramadi&#8217;s Jazeera suburb, north of downtown, appeared to be earning their keep.

The units, which are armed but wear no standardized uniforms, have been issued pickup trucks and, in some cases, night-vision goggles. They draw pay from the Iraqi Ministry of Interior. They have, since they were stood up in November, showed great prowess in locating hidden weapons stashes, U.S. officers say.

U.S. commanders say they have made phenomenal gains in Ramadi during the last eight or nine months. Much of their success, they say, is tied to an alliance of local tribes who&#8217;ve sided with the U.S. military against fighters here. As a result, the tribes have flooded local Iraqi police stations with recruits.

The ERUs are intended to augment the area&#8217;s Iraqi police force, which currently stands at about 4,500. They represent an effort by the U.S. forces and Iraqi government to transform existing tribal security teams or militias into trained security forces.

Col. John W. Charlton, commander of 1-3ID, said the ERU was a paramilitary force that would, eventually, undergo training at a police academy in Jordan and ultimately be employed as full-time police officers.

U.S. officers say that one of the reasons the areas to Ramadi&#8217;s west, north and northwest have enjoyed relative calm, while the downtown area still sees heavy violence, is because Iraqi police and ERUs patrol their own tribal lands and are consequently more invested in their work.

Since Marston&#8217;s troop arrived at Combat Outpost Anvil roughly one month ago, attacks on his soldiers have been rare. The biggest one yet occurred not long ago when a local teen tossed a grenade at a Humvee as it drove down a main road in the Jazeera area. The grenade, which landed on the roof of the vehicle with a thud, turned out to be a dud.

Iraqi police responded quickly, tracking the boy down at his family&#8217;s house and taking him into custody.