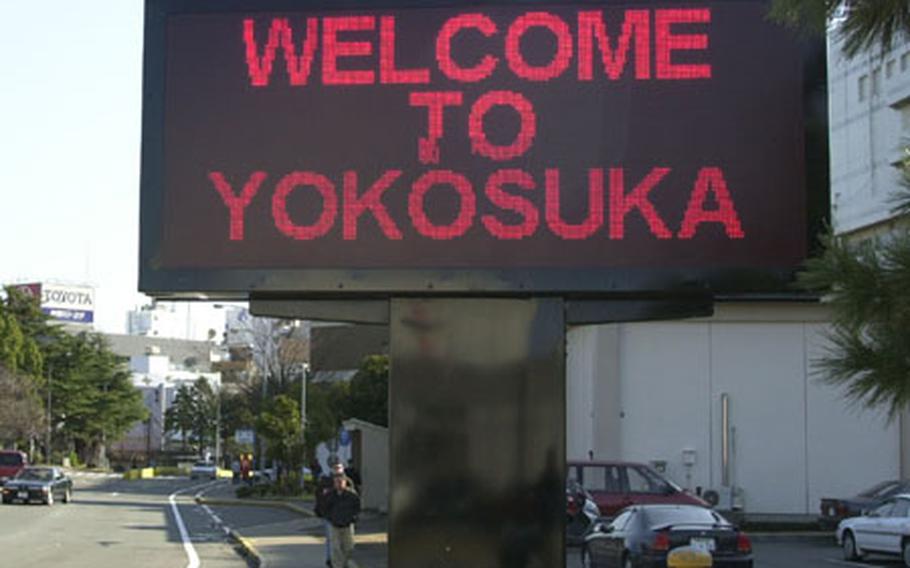 Welcome to ... how would you pronounce that name? (Joseph Giordono / S&S)

YOKOSUKA NAVAL BASE, Japan &#8212; When Petty Officer 2nd Class David Sharp stepped off the military flight that brought him to Japan from the United States, a simple mistake almost got him hopelessly lost.

Not everyone at this Navy base south of Tokyo has such a visceral reaction, but you can be sure they&#8217;ve got an opinion on how to say the name of the city in which they live.

The second, according to Japanese-language guides and Yokosuka city officials, is wrong. So why do so many people here insist on saying it that way?

Some sailors have an even quicker answer.

Other veteran Yokosuka hands don&#8217;t know where the mispronunciation comes from, either.

For public affairs and protocol officers, correcting pronunciations used by high-ranking officials can be dicey.

Of course, even Japanese officials have some questions about the name.

According to a Yokosuka City spokesman, there is no definite origin of the name Yokosuka. Instead, he offered an excerpt from a history book written and published by the Yokosuka Cultural Association.

&#8220;As for &#8216;yoko,&#8217;&#8221; the book reads, &#8220;it means to be spread to the left and right, which means it is opposite of longitudinal. Some say longitudinal is north and south and transversal is east and west. Therefore, it could mean that the geological formation of the coastal mountain of sands are spreading east and west rather than north and south.&#8221;

Confused? Welcome to Yokosuka. Just be sure to pronounce it right.