‘You can’t drive to this fight. You have to fly.’ 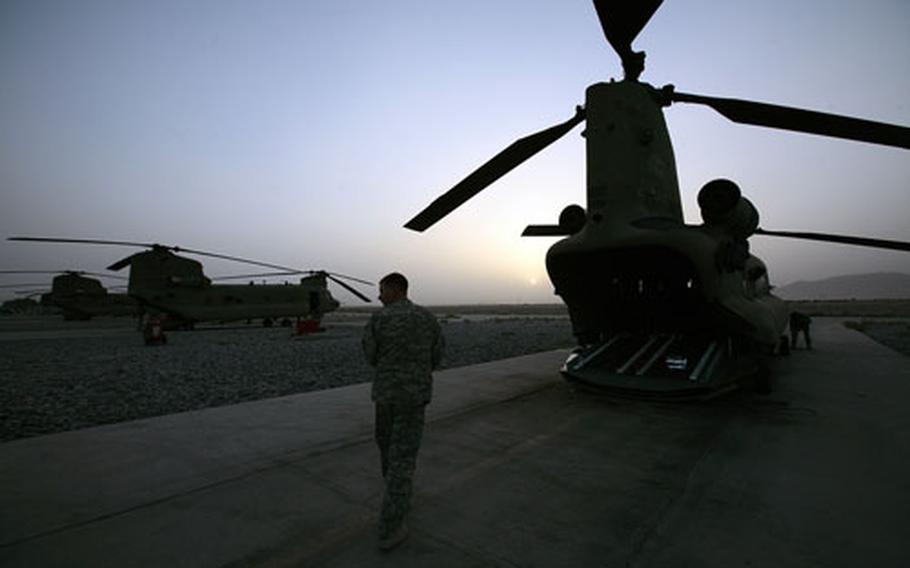 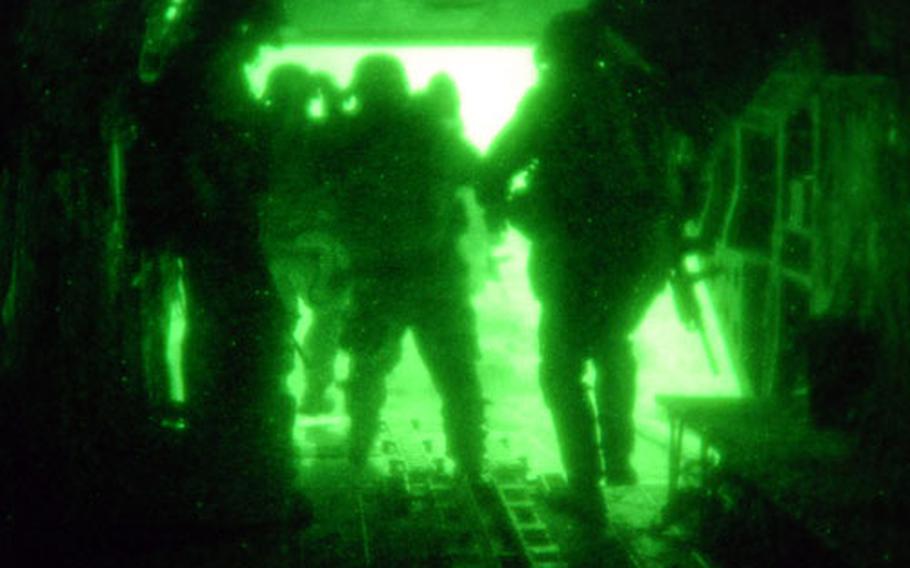 KANDAHAR AIRFIELD, Afghanistan &#8212; There are few good roads in southern Afghanistan. The dirt tracks that meander through the desert are easily mined, and by the time U.S. and other NATO troops lumber out in heavily armored convoys to their destination, the insurgents have often melted away.

U.S. helicopters have become key to fighting the Taliban, restoring the element of surprise with less risk to troops, U.S. commanders say.

With 21,000 American troops pouring into the region, where U.S. and NATO officials hope to turn the tide against an increasingly lethal insurgency, a larger American helicopter force is providing U.S. and allied forces with more range and greater flexibility than they&#8217;ve ever had during the 8-year-old war.

Task Force Pegasus &#8212; as the 82nd CAB is known &#8212; started operations May 15, roughly tripling the number of U.S. helicopters in southern Afghanistan to well over 100 aircraft. These include CH-47 Chinook and UH-60 Black Hawk transport helicopters, plus AH-64 Apaches and OH-58 Kiowas for reconnaissance and attack.

Those copters can mean the difference between life and death.

One recent night, CH-47 Chinook helicopters from the 82nd CAB inserted nearly 450 U.S. and Canadian soldiers into landing zones in the Zhari and Panjwayi districts of southern Afghanistan&#8217;s Kandahar province.

Forty-eight hours later, the Chinooks returned to the landing zones, picking up the Canadians as scheduled. The American troops had intended to walk out to a nearby base. But with reports of Taliban fighters planting bombs and planning ambushes along the way, a U.S. officer telephoned the aviators and asked for immediate extraction, as well.

&#8220;They needed to get out as soon as they could get out,&#8221; recounted Maj. Jason Blevins, operations officer for 3rd Battalion, 82nd Combat Aviation Brigade.

The Chinooks dropped the Canadians at their camp, then returned to Kandahar Airfield to refuel. Less than two hours later, the Chinooks were back in the air.

By 1 a.m., the Chinooks had delivered the Americans to the camp and returned to base. The mission had been the 19th air assault mission for 3rd Battalion since it started operating in mid-May.

The value of a robust helicopter fleet was highlighted earlier this month when Gen. Sir Richard Dannatt, the outgoing chief of the British army general staff, was forced to take a U.S. Black Hawk to visit U.K. troops in Helmand province because a British helicopter was not available.

Britain has about 9,100 soldiers in Helmand, and a report by British lawmakers a day after the general&#8217;s visit concluded that the U.K.&#8217;s lack of helicopters has undermined operations and put soldiers at risk because commanders are often forced to rely on ground transportation. Prime Minister Gordon Brown insists there are enough helicopters to do the job.

Speaking prior to the British general&#8217;s visit, Maj. Jeff Becker, operations officer for Task Force Pegasus, said NATO aircraft are often shared among countries and U.S. helicopters fly in support of all allied forces in the south.

&#8220;A typical life in the brigade is to fly in support of and to resupply any coalition forces here in theater,&#8221; he said.

In a July 4 message to troops, Bricker, the brigade commander, said Task Force Pegasus has conducted more than 20 air assault missions since mid-May.

More than 30 of the brigade&#8217;s helicopters helped launch 4,000 U.S. Marines into the Helmand River Valley earlier this month, at the start of an operation that seeks to drive the Taliban from Afghanistan&#8217;s largest opium-producing region. It is the war&#8217;s largest U.S. offensive.

Prior to the brigade&#8217;s arrival, only a single U.S. aviation battalion was based at Kandahar Airfield. The scarcity of helicopters meant that the number of aircraft available for offensive combat operations was often limited.

But having more helicopters now means that resupply and combat operations can take place around the clock, without one role taking away from the other.