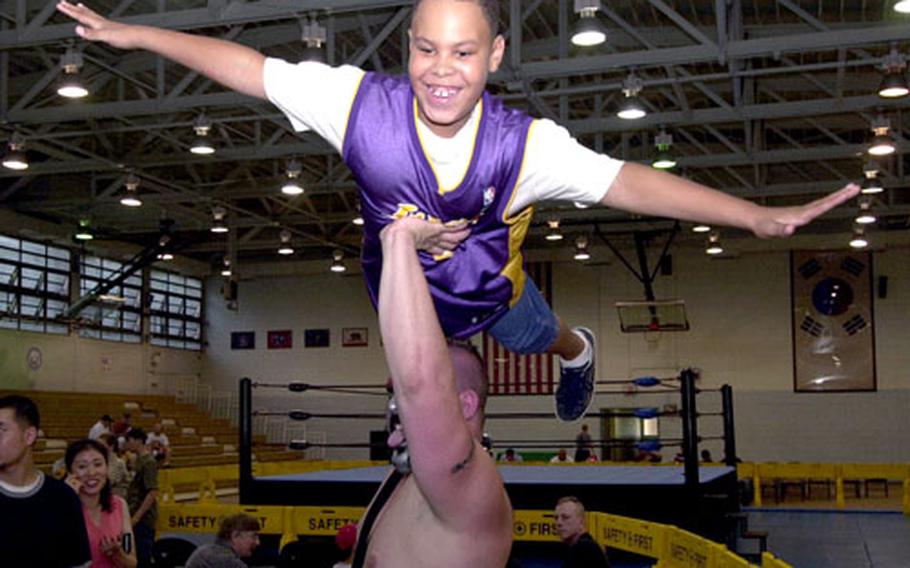 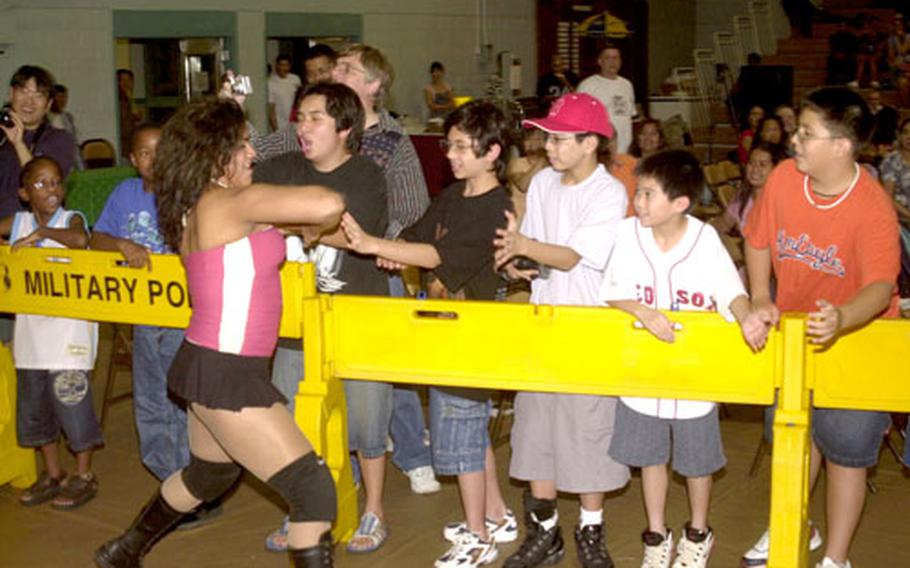 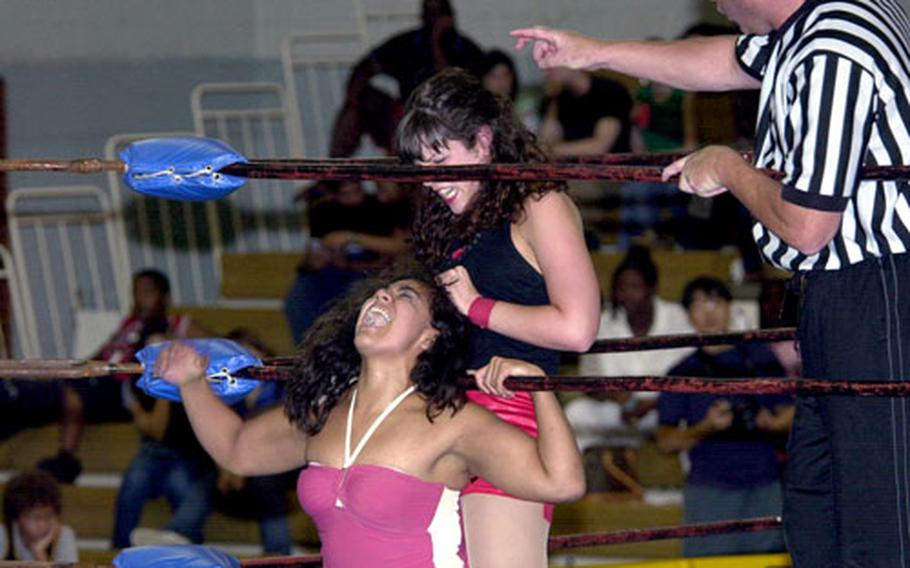 Eight-year-old Joshua Tyson and his 6-year-old friend Walter Shoulders waited patiently in a line that snaked through the gym. Krash came around the table and hoisted Tyson into the air, holding him above his head for the photo.

The drama began as the ring announcer greeted the audience.

&#8220;It&#8217;s great to be here at Yongsan Air Force Base,&#8221; he said to boos from the crowd. When he was corrected and told that Yongsan Garrison belonged to the Army, he struck again.