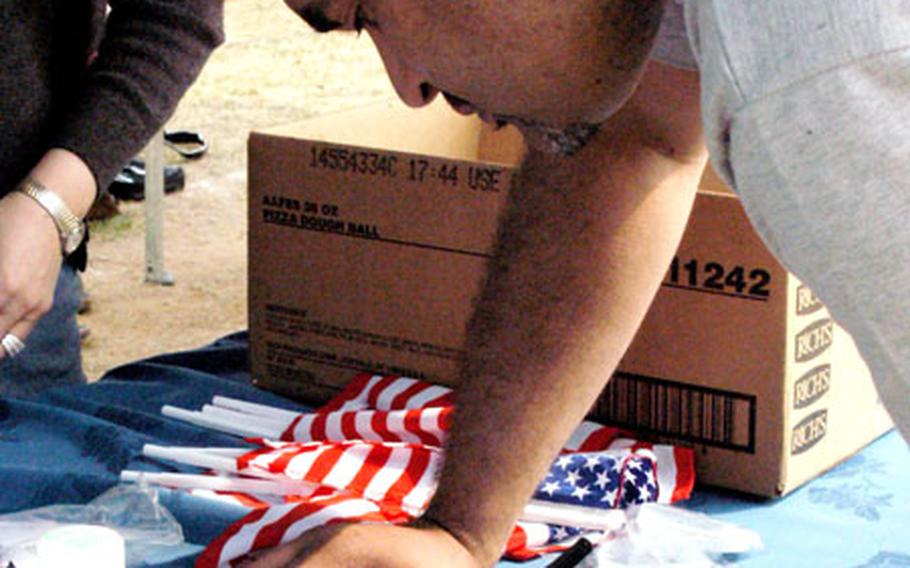 Royce Cannon, who works in the special-education department at Seoul American High School, writes a letter to the family of Spc. Jonathan A. Hughes. Hughes, 21, was killed in Iraq last month. (Teri Weaver / S&S)

Royce Cannon, who works in the special-education department at Seoul American High School, writes a letter to the family of Spc. Jonathan A. Hughes. Hughes, 21, was killed in Iraq last month. (Teri Weaver / S&S) 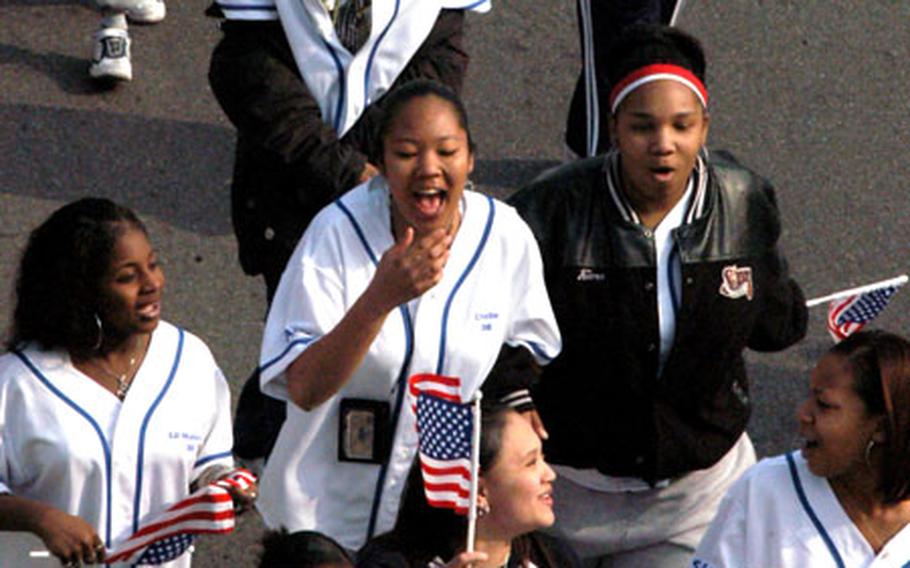 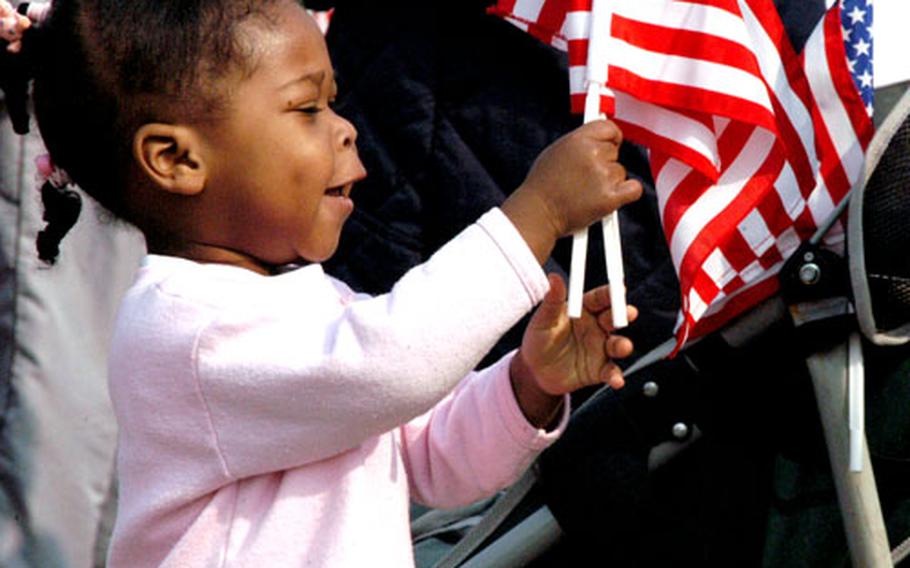 Hannah Eady, 2, waves a flag Saturday morning before the start of the Walk for Fallen Heroes on Yongsan Garrison in Seoul. (Teri Weaver / S&S) 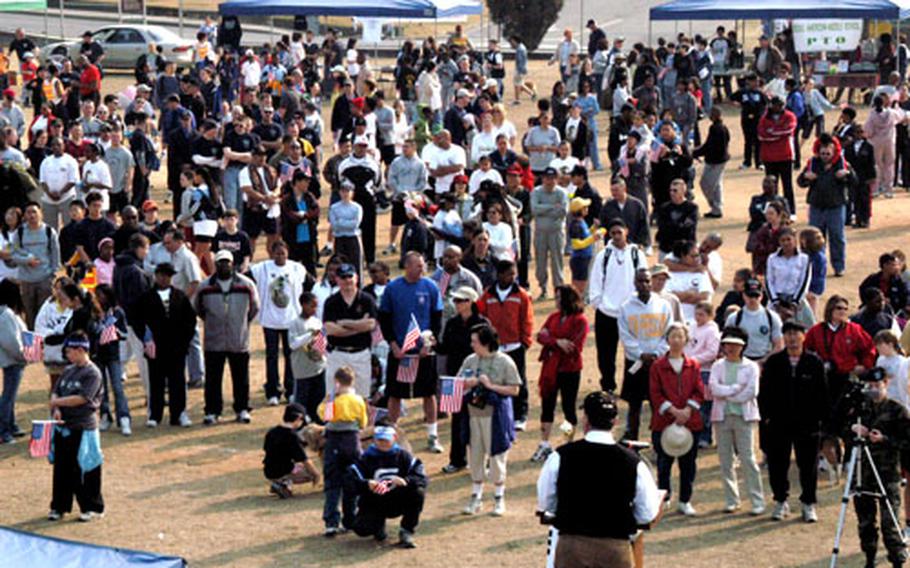 Nearly 2,000 people walked Saturday morning on Yongsan Garrison in Seoul to raise money for scholarships for the children of troops who have died in Iraq and Afghanistan. (Teri Weaver / S&S)

Cannon and nearly 2,000 others here raised thousands of dollars Saturday to fund scholarships for children whose parents have died in Iraq and Afghanistan. The participants in the 7-kilometer &#8220;Walk for Fallen Heroes&#8221; walked for individual servicemembers picked from the more than 1,500 who have died since the U.S.-led invasion began in March 2003.

After the walk, many participants, like Cannon, took a minute to personalize and sign a form letter for the families. He had picked the three men&#8217;s names for the most part at random, but he wanted to make sure one was from the 2nd Brigade Combat Team, known as Strike Force. Those 3,500 soldiers were deployed to Iraq from South Korea. So far, at least 52 have died, according to a tally kept by Stars and Stripes.

The walk was organized by students at the high school, and as of Saturday morning, the students had raised at least $15,000, according to Michelle Pell, a teacher helping with the event. Their goal is $50,000, but they won&#8217;t know whether they met it for at least a week, she said.

To raise the money, they took donations large and small and sold bracelets and T-shirts, kimbap and barbecued chicken.

Lt. Col. Lee Eady from Marvell, Ark., of the 501st Corps Support Group, Headquarters and Headquarters Company at Yongsan, said he and his family came out to honor the dead.

Elizabeth Bechwith, a 13-year-old seventh-grader at the middle school at Yongsan, raised $36. She and her friends crowded around a table after they finished the walk to sign their names to letters.