Yongsan to merge schools as US military population thins in Seoul 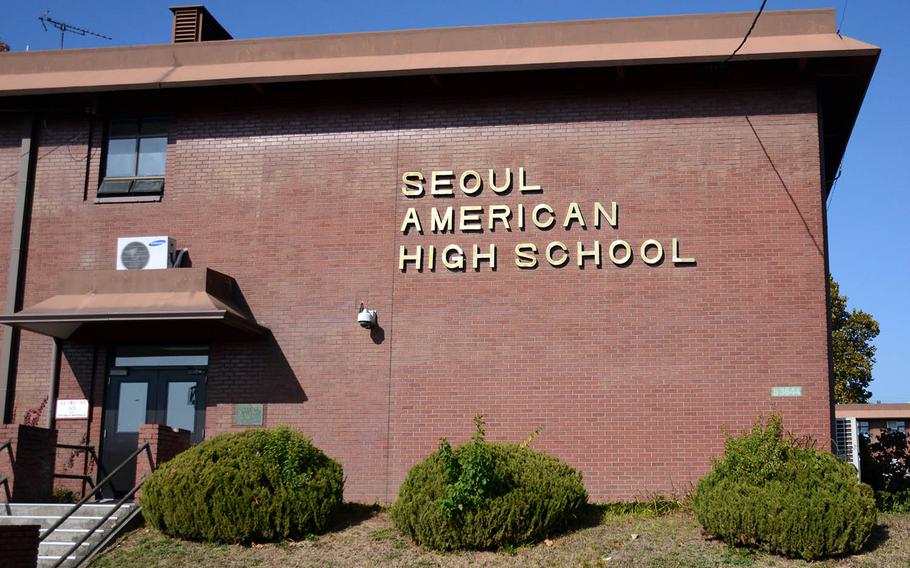 SEOUL, South Korea — The high school and the middle school on the main U.S. base in Seoul will be merged into one next year as the relocation of most military forces to southern hubs picks up speed.

The move is part of a series of changes at Yongsan Garrison as the population thins with many people moving south of Seoul to Camp Humphreys. The effort marked a major milestone in July when the 8th Army, a major command component, opened its new headquarters at Humphreys.

Garrison commander Col. Scott Peterson said Wednesday that Yongsan’s population has fallen from 22,000 in May to 17,000. It’s projected to drop to 11,000 in August, he told residents at a town hall meeting in the chapel.

The new school with grades six through 12 will be called Seoul Middle High School and will be housed in the current high school building, a two-story brick complex that was completed in 1982.

“As a result of the Eighth Army’s relocation to Camp Humphreys, the Seoul schools will continue to decrease in enrollment and size,” Marcelo Calero, a Department of Defense Education Activity spokesman, told Stars and Stripes.

“Combining the schools allows us to provide the best possible education as every effort is being made to incorporate a seamless transition for students, while not sacrificing educational excellence,” he said in an email.

Calero said the high school was selected as the point of consolidation because it has adequate classrooms and areas for art, music, physical education and science labs.

When asked if changes were planned for the elementary school, Calero said, “Seoul schools will continue to decrease in enrollment and size as the population decreases.”

The high school currently has about 325 students, while the middle school had 291 as of Nov. 3, according to DODEA.

Some parents have expressed concern about younger students mingling with those who are older. School officials said efforts will be made to keep the age groups separate.

South Korea and the United States agreed in 2004 to move most U.S. forces, dependents and civilian contractors to an expanded Camp Humphreys. The effort has been delayed several times but has taken on a new urgency this year amid a growing nuclear and missile threat from North Korea.

Camp Humphreys, which has seen its population rise from about 12,000 last year to 26,000, has four schools.

Yongsan has been home to the main U.S. Forces Korea headquarters since before the 1950-53 Korean War, which ended in an armistice instead of a peace treaty leaving the sides technically in a state of war. The base also housed the Japanese army that occupied Korea from 1910-1945, and many of the buildings remain from that era.

The U.S. maintains about 28,500 servicemembers in South Korea, along with tens of thousands of family members and civilian contractors.

Peterson said some tough choices will have to be made as commanders prioritize the Humphreys’ development. But he reassured families that the Yongsan schools will be operational for the 2018-19 academic year at least.

“We’ll continue to provide services here proportionate to the population,” he said, adding that “Yongsan has a shelf life. The future is Camp Humphreys.”