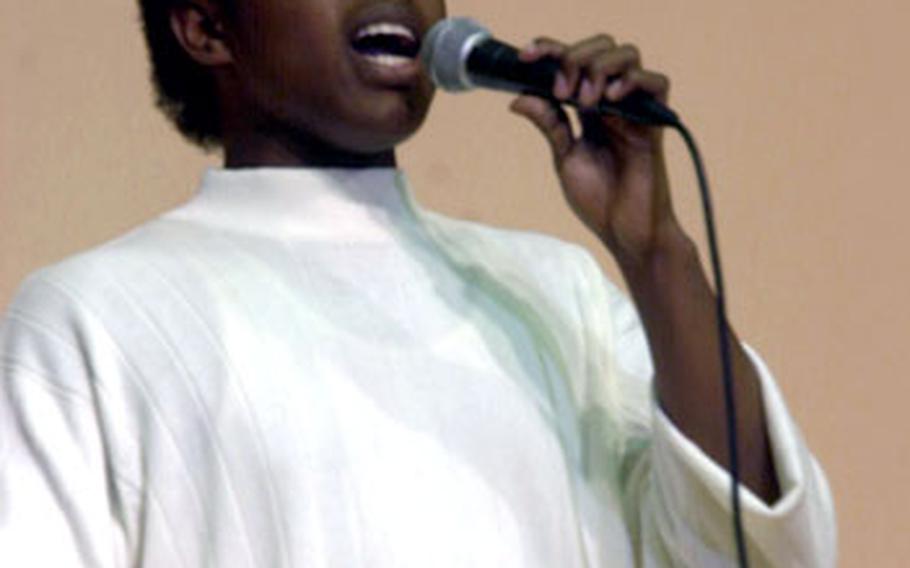 YONGSAN GARRISON, South Korea &#8212; When Josh Imaly finished his drum performance, he leapt in the air, arms raised over his head, sucking up the raucous audience applause.

His performance wowed the judges at the Omega Psi Phi talent show and he walked away with a first-place trophy and $200 prize.

Imaly was one of 17 acts &#8212; high school and junior high students &#8212; to take to the stage Saturday at Seoul American High School.

The talent levels were as varied as the performances, from dance groups to piano solos.

One teen actually traveled from Osan Air Base to compete, Brown said.

The acts were judged by volunteers, including a teacher, a nurse and a member of the 8th Army band, Brown said.