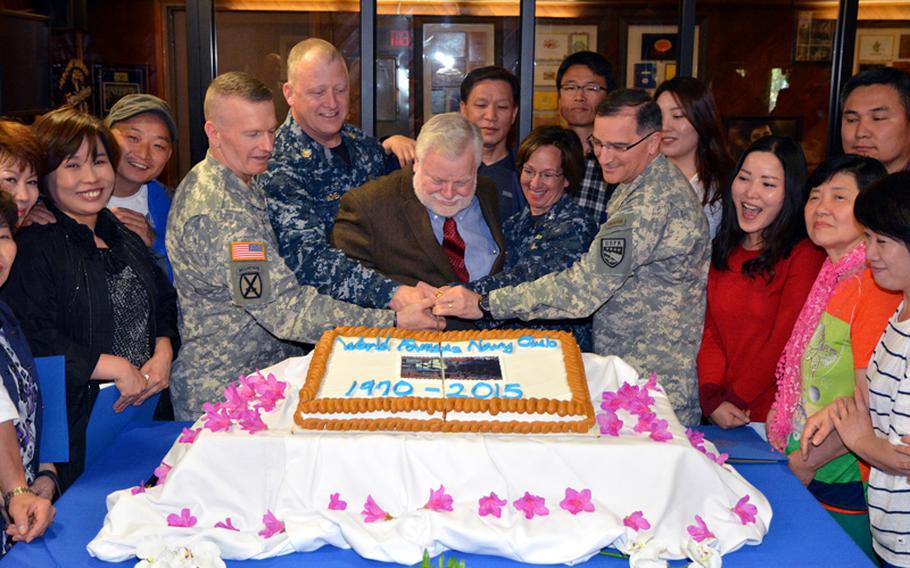 SEOUL — The Navy Club ended the final chapter of its long four-decade run at U.S. Army Garrison Yongsan on Thursday.

“Today, we salute the Navy Club employees, past and present, for their faithful service to generations of servicemembers and their families stationed in Seoul,” Franchetti said.

The closure is due to the relocation of U.S. Naval Forces Korea headquarters to Busan in July and the move by other naval personnel further south to Camp Humphreys.

The restaurant was established in 1969 as Parker’s Place. In 1975, it became an official U.S. Navy Morale, Welfare and Recreation outlet and was rechristened with its current name.

The Navy Club has been a favorite for units to hold luncheons and had a number of renovations during its lifespan, including its famed “jungle room.”

The MWR facility has been voted “Best in the Pacific” by Stars and Stripes readers for 16 straight years.