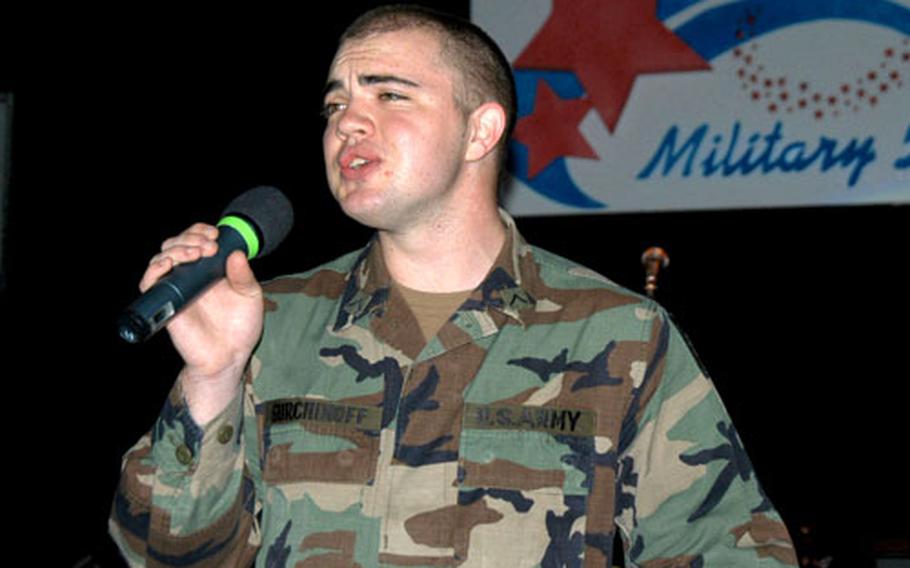 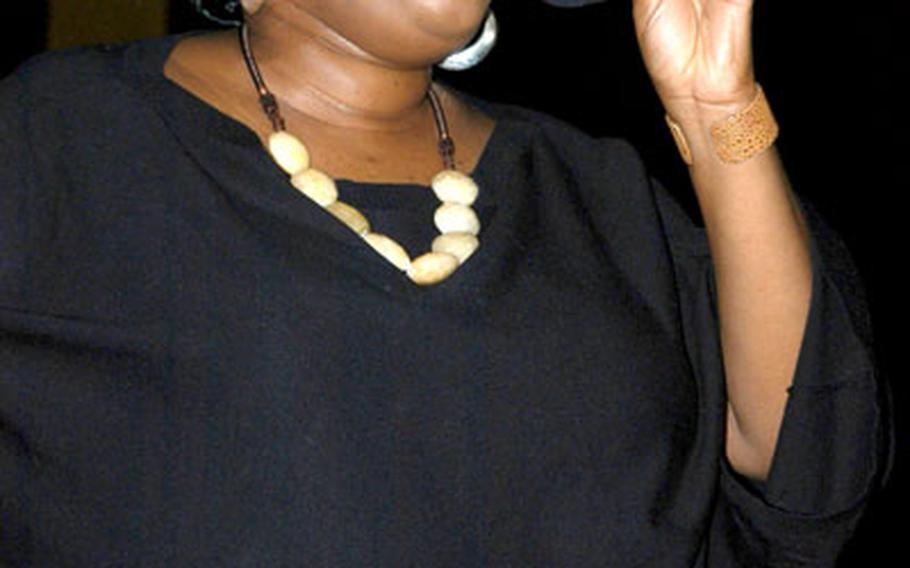 YONGSAN GARRISON, South Korea &#8212; The first night of the Military Idol contest here in Seoul had a few surprises: Only five of the 10 participants showed, no one was eliminated from the vocal contest and a last-minute entry from the audience wowed the crowd with a Billie Holiday-inspired version of &#8220;Stormy Weather.&#8221;

Rita Mills, 38, of Charleston, S.C., entered the contest after the three judges deliberated on the first five performances. A couple of friends had coaxed her on stage, where she had a hard time thinking about what to sing.

But Mills, in Korea with her servicemember husband, will not be eligible to continue in the Area II contest, which runs through September. Instead, the five original contestants, plus whoever wants to compete in the continuing first round on Thursday, will vie for a chance to become the worldwide Military Idol.

At 7 p.m. each Thursday in September, participants in Area II&#8217;s Military Idol will compete for a single slot to move on to the worldwide competition in October at Fort Gordon, Ga.

For the local Area II contest, the winner also will receive a round-trip ticket to the States, $500, and $500 for his or her unit.

In Thursday&#8217;s first round at Yongsan, Staff Sgt. Shaunna Douglas and Spc. Danika Florence competed even though they are best friends. The two also sang in a local Idol-style competition in May, which the 22-year-old Douglas, of Tampa, Fla., won.

Ten people had signed up to perform, according to Mario Farrulla, director of Area II Community Activities Centers for the U.S. 8th Army Morale, Welfare and Recreation program.

Farrulla said the absences were most likely were because of the ongoing Ulchi Focus Lens military exercise. The exercise ended Friday and servicemembers are invited to sign up for next Thursday&#8217;s continuation of the first round, he said.