Yongsan invites local guards on base for show of thanks 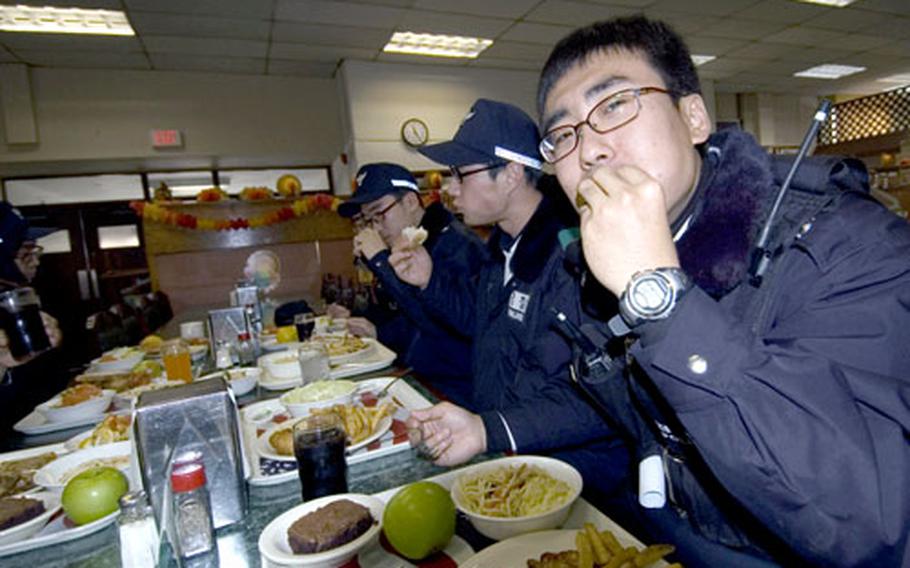 YONGSAN GARRISON, South Korea &#8212; About 120 South Korean riot police who guard U.S. military bases in Seoul were invited inside the gates Monday during an appreciation day.

The guards augment base security and often face the full brunt of anti-American sentiment. In recent years, during heated protests, many have been injured providing a wall between their countrymen and the American bases they&#8217;ve been tasked with protecting.

During Monday&#8217;s visit, they watched a video about the U.S.-South Korean alliance, took a base tour and ate lunch.

Seong Jong-ming, 24, who returned to the peninsula from his studies at the University of Virginia for his 2&#189; years of mandatory government service, said it was nice to see the installation.