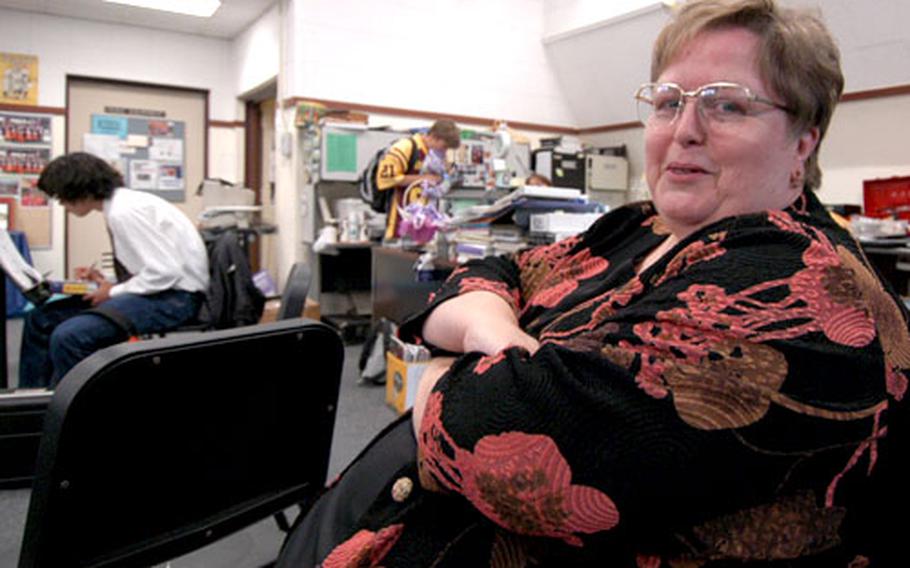 According to Korea District officials, Lee is the first Korea-based teacher to earn the award. She now will compete with teachers selected as best in each state for the title of Council of Chief State School Officers National Teacher of the Year.

Lee credits students, parents and the school administration for creating an environment that allowed her to earn the award.

&#8220;I have great students who are willing to work with me,&#8221; she said of her beginning, intermediate and advanced bands, jazz ensemble and the only string orchestra in the Pacific.

She&#8217;s most proud, however, of receiving multiple awards in &#8220;Who&#8217;s Who Among American Teachers,&#8221; in which top-ranked collegiate students submit names of teachers who made a difference in their lives.

The difference Lee has made is one of the reasons Lisa Riehle, vocal director at Seoul American, nominated Lee for the award.

Korea District administrators were happy to learn about the award.

&#8220;I&#8217;m ecstatic at the selection of Irene Lee. She is an exceptional educator, and totally dedicated to her curriculum,&#8221; Charlie Toth, Korea District superintendent, said Friday. &#8220;She is also totally dedicated to her students. This is a year-round endeavor for her. She has a real love for teaching and her students. And I think you see that, year after year, former students that come back to Korea always seek her out.&#8221;

She travels to Washington this month for a DODEA Teacher of the Year forum. She&#8217;ll return in April for the national competition.

Does she think she&#8217;ll win the national award?