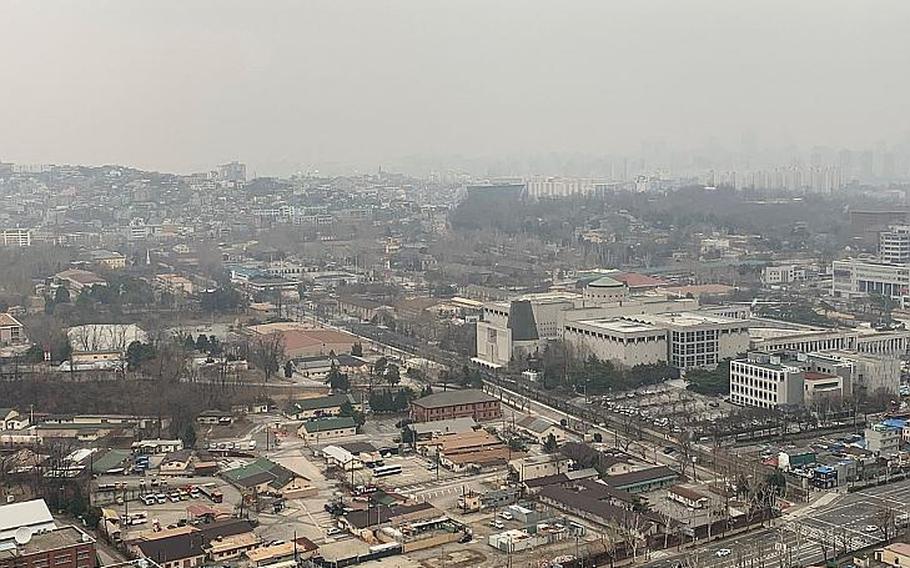 YONGSAN GARRISON, South Korea - The Yongsan Army Garrison in Seoul has been hit by a power outage that left half of the base in the dark.

The blackout on the portion of the garrison known as main post began Saturday. It did not affect the other half known as south post, where most residents and services are now located.

“Critical facilities are currently on back-up generator power and technicians are working to restore power as soon as possible,” the garrison said.

Soldiers who live in barracks on the main post were “offered the opportunity” to move to temporary housing on the other side,” spokeswoman Denver Beaulieu-Hains said. “It’s unclear when power will be restored. It’s an older system and they needed to order some parts.”

Yongsan, which was the main U.S. base in South Korea for decades, is in the process of closing. Most military personnel have been relocated to Camp Humphreys and other southern hubs as part of a consolidation plan.

Many main post facilities, including the post exchange and the food court, already have been shuttered. However, it still houses barracks, the military police building and other services.