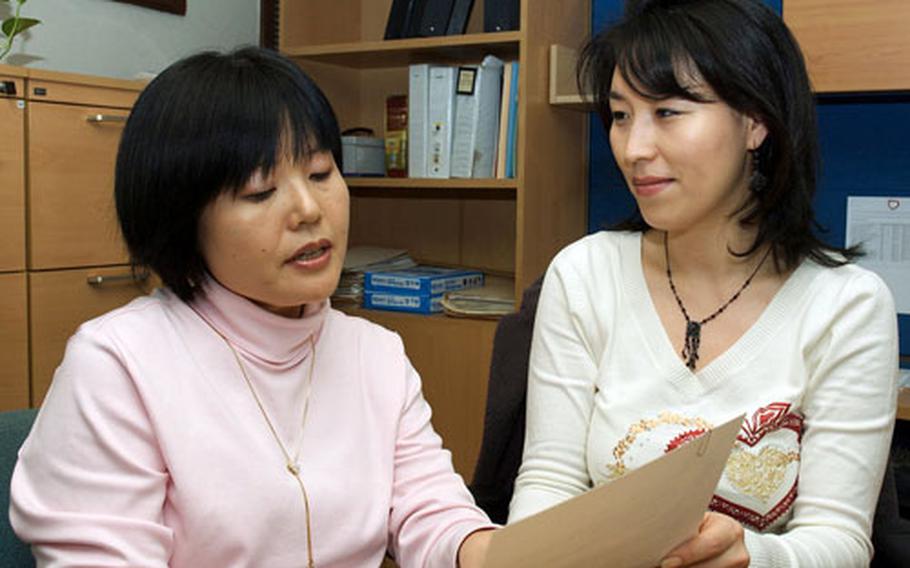 YONGSAN GARRISON, South Korea &#8212; Getting a job might soon get a little easier for military spouses in the Yongsan area.

Officials with U.S. Army Garrison-Yongsan&#8217;s Civilian Personnel Advisory Center are awaiting the start of a pilot program that will put spouses in the Priority Placement Program for government employment.

Military spouses living in the States already are eligible for the program, which puts qualified spouses into government jobs ahead of other applicants, but the program has never applied to spouses overseas, said Ken Stark, Yongsan&#8217;s civilian advisory center director.

Stark couldn&#8217;t say when the program will start, but that it should be soon.

Meanwhile, garrison officials are taking other steps to ease the employment search for spouses at Yongsan.

Garrison commander Col. Dave Hall said 324 family members have been hired since January, a number he hopes to improve through a variety of initiatives.

Hall said because Resumix is a complicated program, many spouses who should be eligible for jobs aren&#8217;t coming up on referral lists. He believes taking the classes and receiving 1-on-1 assistance will be beneficial.

"If [spouses] know we care and they know we are going to embrace them, they will come to the classes," Hall said. "Right now the goal is just to educate the community on what we&#8217;re trying to do and get as many spouses in the system as we can."

Hall said the advisory center also is e-mailing vacancy announcements to Family Readiness Group leaders three to four days before they&#8217;re announced elsewhere to give spouses a jump on the application process.

He suggested volunteering through community services as a way of increasing visibility to prospective employers. Volunteering, he said, has led to employment for several Army spouses in recent months, including Hall&#8217;s administrative assistant.

"They get visibility, and they get fodder for their resume," Hall said. "There is no better reference for job performance than to be seen working."

Another quick ticket out of unemployment, Hall said, is to apply for work at the garrison&#8217;s Child and Youth Services program. He said the garrison is considering a number of incentives to bring the facility up to full staffing.

An additional option, Stark said, is applying for jobs designated for local nationals. Stark said Korean nationals receive priority on those jobs, but if a qualified Korean can&#8217;t be found, spouses are the next priority. Stark said any spouse, including those from third countries, can apply for those jobs.

Hall said the garrison should know within six months how successful the initiatives have been, but he emphasized that spouse employment has become a garrison priority.