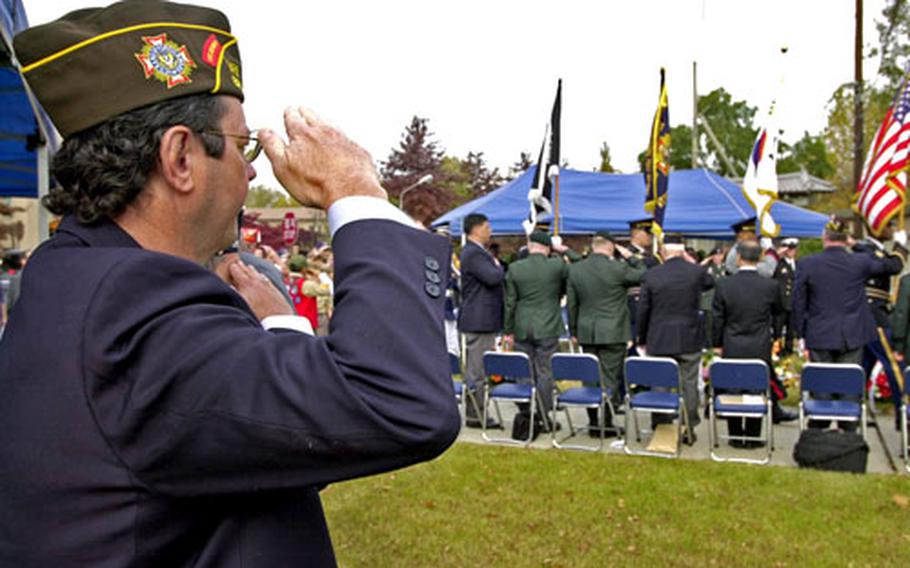 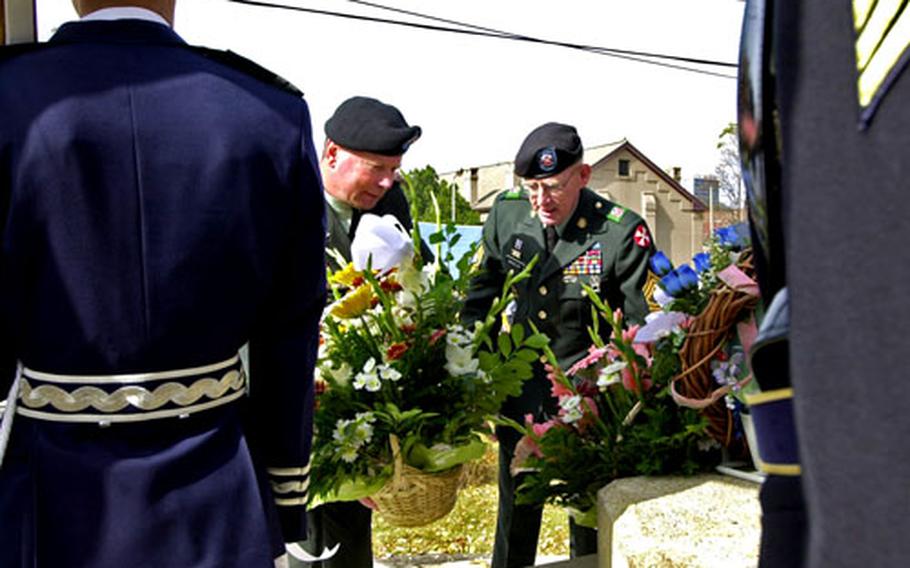 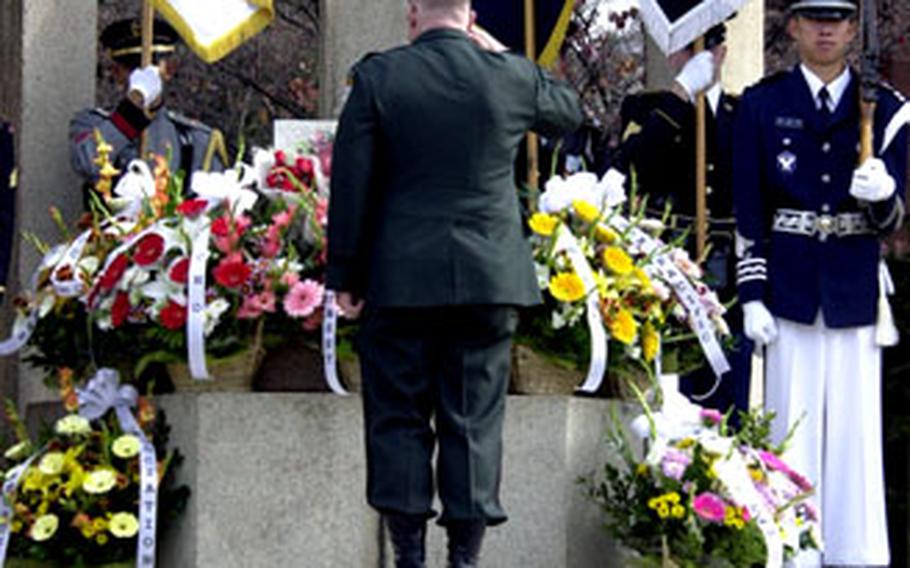 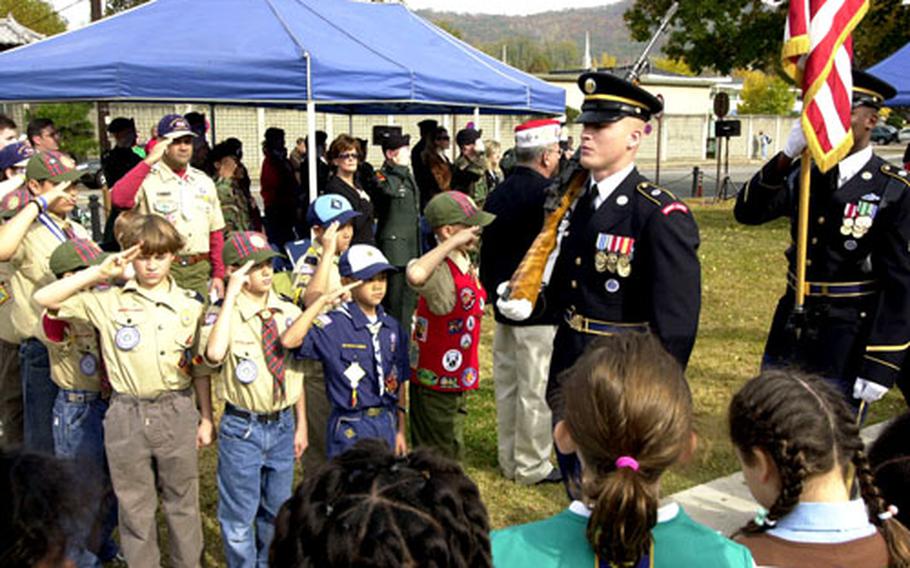 &#8220;In the past 50 years America&#8217;s professional and citizen soldiers have been called upon time and time again to defend liberty,&#8221; master-of-ceremonies Grant Stombaugh told the gathering, arranged by the Veterans of Foreign Wars Department of Pacific Area District III, Korea.

He also reminded everyone that there is another group of Americans to continue honoring.

Teets thanked the community for helping &#8220;to pay homage to our fallen veterans of long ago.&#8221;

He asked those in attendance to also take the time thank young servicemembers.

Campbell pointed out that two months ago the fourth anniversary of the al-Qaida terrorist attacks on the United States was marked. He said America&#8217;s enemies have learned a hard lesson since the attacks, that the military &#8220;answers when our nation calls.&#8221;

He described America as fierce in battle, but compassionate in peace.

Campbell said no other nation has so often placed its &#8220;sons and daughters in harm&#8217;s way&#8221; so that other nations and other people could be free.

Campbell said there are 27 million veterans alive today in America.

&#8220;Many are heroes,&#8221; he said, but many are ordinary people who became extraordinary because they answered their nation&#8217;s call.