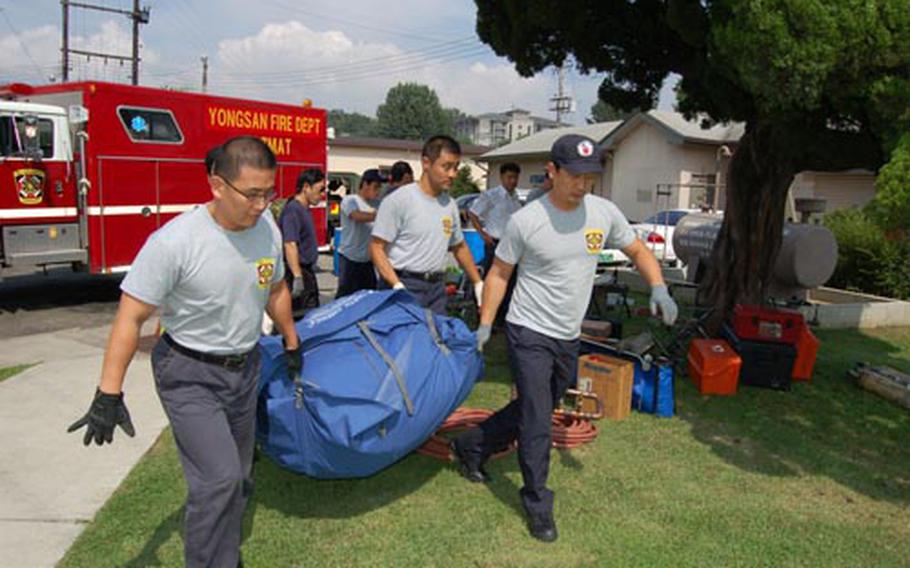 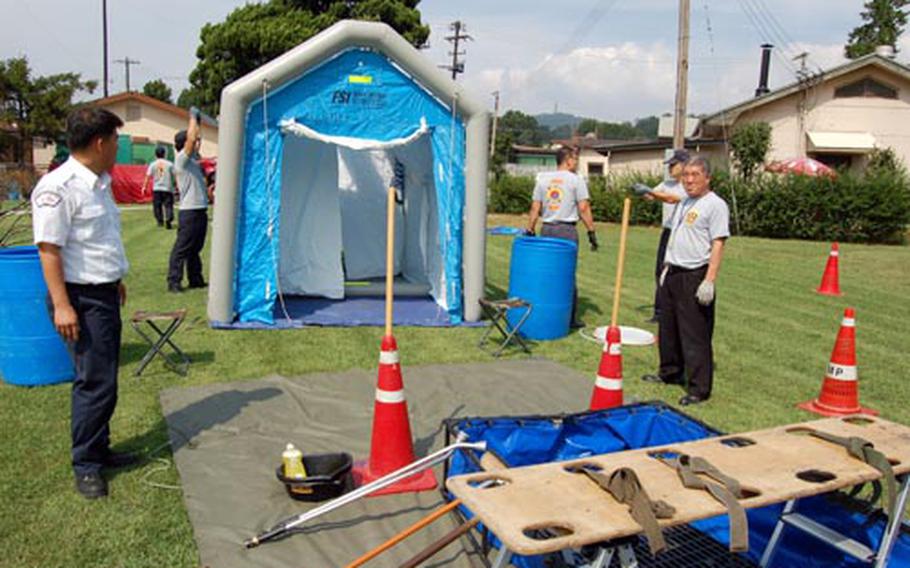 "We could have 100 false alarms," Temporado said. "When you have a real fire these systems pay for themselves. The important thing is the alarms work."

Temporado said the two most common reasons why alarms sound without a fire are overcooking and dusty smoke detectors. The detectors have light-sensitive sensors that when covered by dust, smoke or other airborne particles can sound an alarm that automatically alerts fire departments.

Temporado said he knew of at least five situations in the past five years when automatic alarms helped firefighters stop fires when nobody was there to detect them.

Region fire protection specialist Curtis Williams, who attests that one false alarm per day is standard at installations across the peninsula, said fire departments treat every alarm as if it were the real deal. After all, "Lives and property are at risk," Williams said.

All departments are capable of responding to a fire within seven minutes of receiving an alarm &#8212; the standard required by the Department of Defense, Williams said.

To navigate around the difficulty of traveling between the garrison&#8217;s far-flung installations within seven minutes, Temporado said mutual aid agreements with local civilian fire departments allow them to meet the standard.

He also said there is no danger firefighters will be unable to respond to a real emergency at one installation because they were responding to a false alarm at another. Temporado said the department&#8217;s 11 vehicles and 64 firefighters are divided into response teams, so that department assets are never completely committed to a single incident.

Williams said he does worry a little about the false alarms distracting firefighters, but said he doesn&#8217;t know of any incident in which Installation Management Command fire crews have been unable to respond to an emergency.