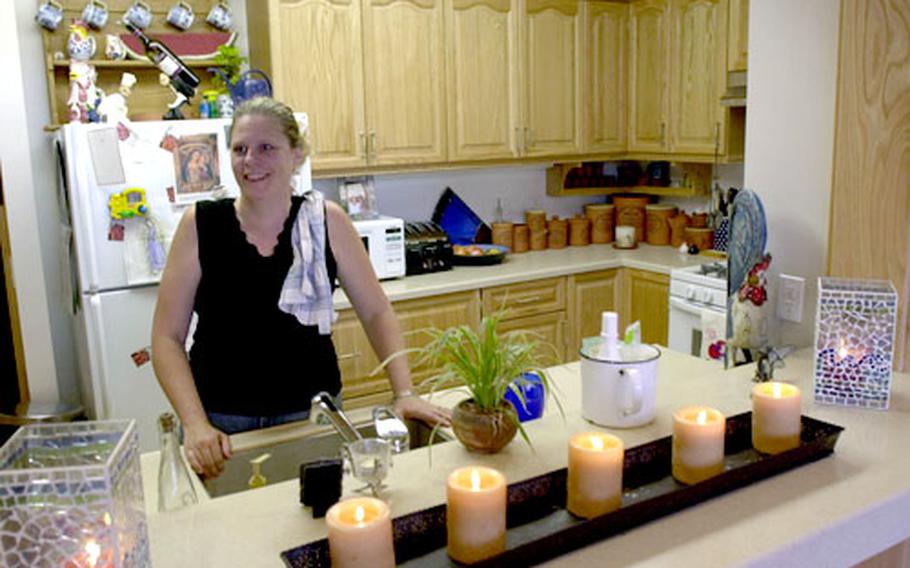 The five-story Lloyd L. Burke Towers, with three-, four- and five-bedroom units, are the first new family residences in Area II since 1985, said Col. Timothy McNulty, the Area II and 34th Support Group commander. They also represent some of the Army&#8217;s most modern housing, with barbecue areas, a basketball court, balconies, underground parking and an intercom security system, officials said.

South Korea funded the $24 million towers through the host nation-funded construction program. Under that, South Korea bears some of the cost of maintaining infrastructure for U.S. forces stationed here.

The towers are named after a Korean War Medal of Honor recipient who also fought in World War II and Vietnam. As a first lieutenant, Lloyd L. Burke of the 1st Cavalry Division killed about 100 enemy soldiers while advancing on a position near Chong Dong, Korea, in October 1951, officials said.

Also on hand was Geoffrey G. Prosch, acting assistant secretary of the Army for installations and the environment, who is on a three-day visit to South Korea. &#8220;It&#8217;s an outstanding facility,&#8221; he said.

Air Force Lt. Col. Jim McGinn and his wife, Cathy, got a first-floor, five-bedroom place in the left tower. The spacious apartment &#8212; decked out with new Army furniture and some of the family&#8217;s own &#8212; includes three full bathrooms and is about the same size as their home in North Carolina, Cathy McGinn said.

Throughout the towers, apartments feature high ceilings and wide front windows that admit much natural light. The McGinns&#39; unit has two porches, one each off the living room and master bedroom.

Each high-rise has one 1,978 square-foot, five-bedroom unit. The towers also have a total of 18 four-bedroom apartments at 1,762 square feet each and 40 three-bedroom places at 1,573 square feet. About 40 apartments are occupied; the rest should be filled by mid-July, McNulty said.

Each unit has an assigned parking spot and storage area. Elevators run down to the parking garage. Each unit is equipped with gas dryers and stoves along with a heating and cooling system that allows tenants to have direct control over the temperature in their apartment.

The apartments have a mix of American and Korean-made components, said Cho Kang-Muk, president of Pumyang Construction Co. Ltd., the contractor for the project, which started construction in April 2002.

The wood flooring and sinks came from the United States, while the wood-finish cabinets were made in South Korea, Cho said. Cho said the construction was difficult, but his firm worked closely with the Army Corps of Engineers.

The project was almost never started after wide opposition arose in 2001 to the Army&#8217;s plan for 21 new high-rise buildings with a total of 1,066 apartments. Civic groups feared high-rises would spoil Seoul&#8217;s skyline; others maintained the U.S. military should vacate Yongsan Garrison altogether.

The U.S. military said it needed new housing to compensate for deteriorating buildings and servicemembers who dreaded a tour in South Korea because the facilities were so bad. Two buildings were approved for construction but the rest of the project was scrapped in 2002.

The U.S. military now has been focusing its efforts on Camp Humphreys, where most of the troops likely will be relocated when Yongsan Garrison is vacated. The U.S. and South Korean governments have said forces will move out of Yongsan by 2007, but funding the move and land allotments remain sticking points.