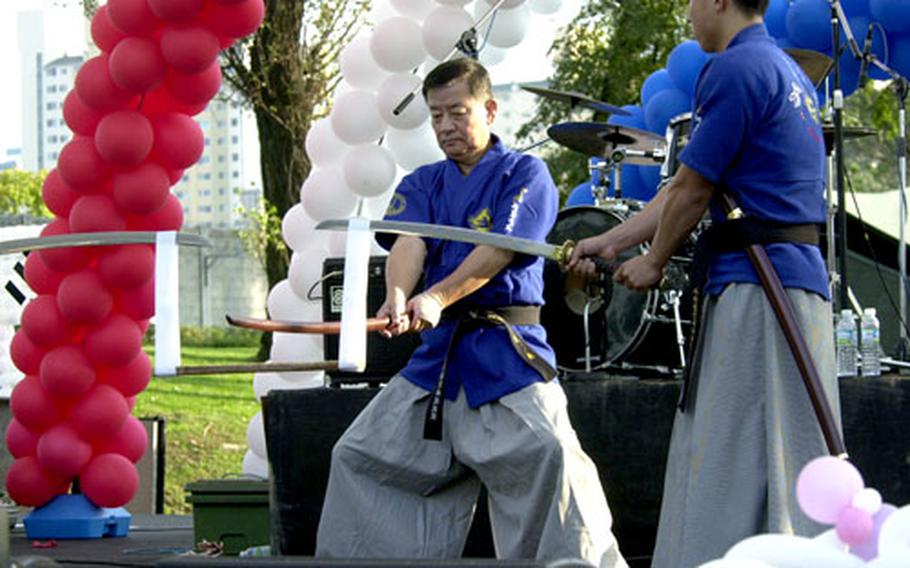 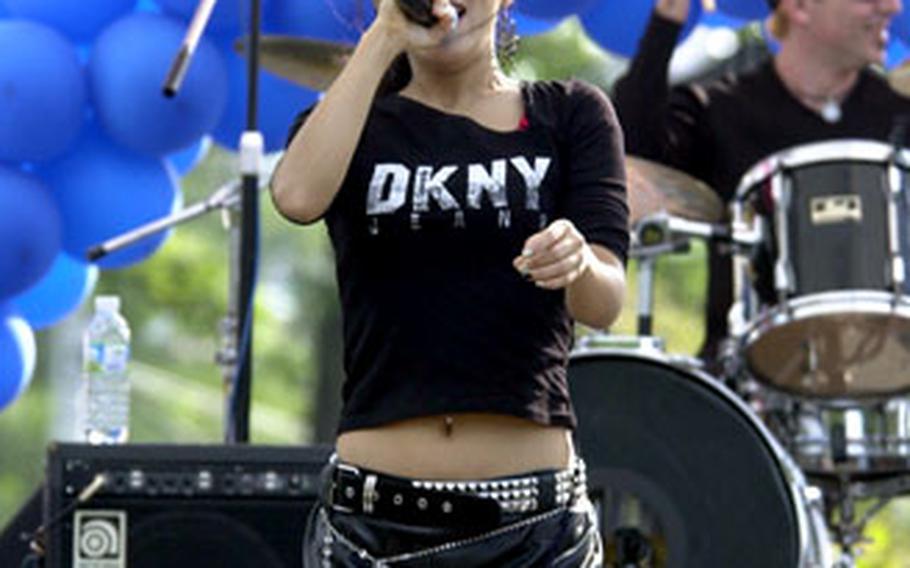 Megan Kim rocks out with LRD and the Innocent Bystanders. (T.D. Flack / S&S) 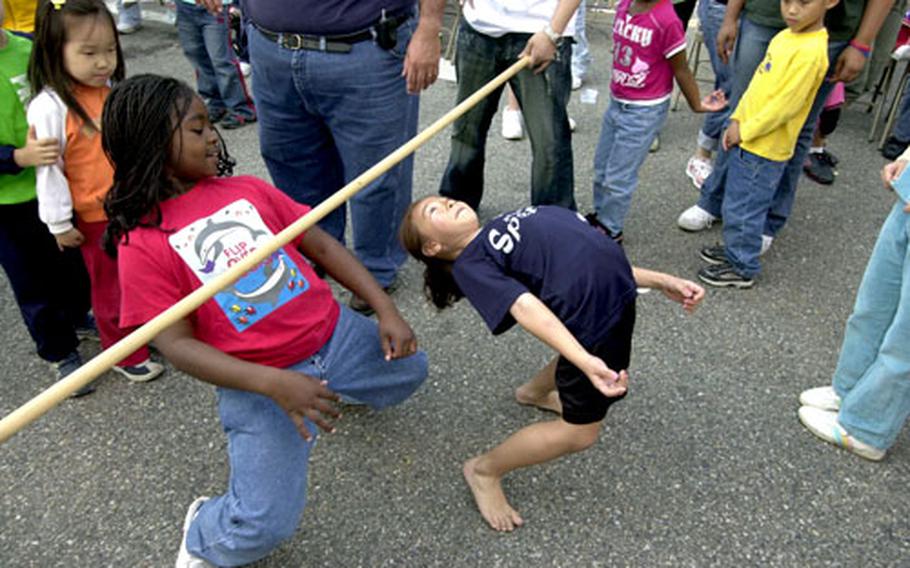 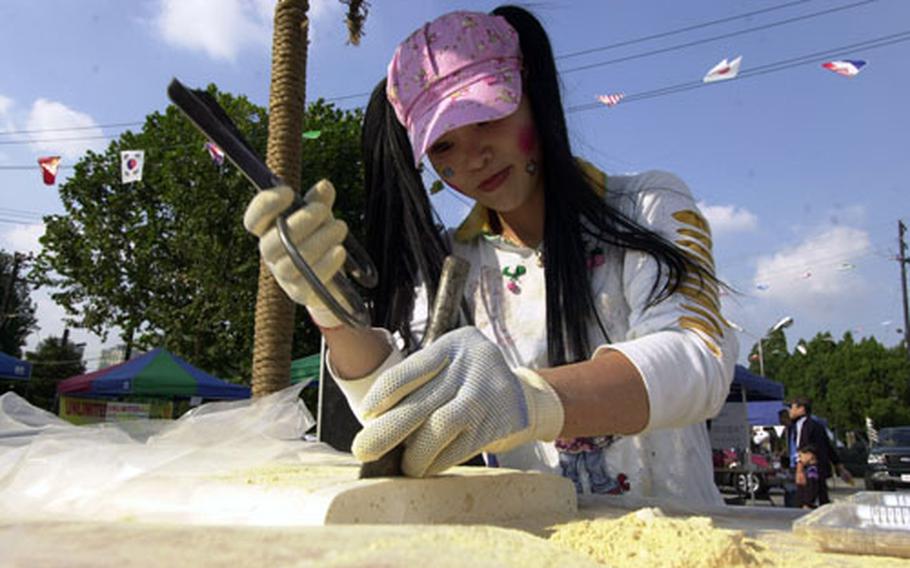 The three were among hundreds of Area II community residents who gathered near Collier Field House to celebrate Columbus Day and have a little fun.

The day began with a parade from the commissary to the field house.

P.J. Masaniai and Soteria Amosa and fellow members of the Republic of Korea Samoa Association earned $200 for taking first place in the &#8220;best humorous theme&#8221; category. Their parade skit involved a demonstration of cricket, a popular game in Samoa.

At one end of the festival area, various performances were held on stage throughout the day. Between performances, prizes were raffled and contests were held.

Dozens of children lined up for the limbo contest, in which Gattis took the 10-year-and-younger category. The adults didn&#8217;t fare as well; only one of the 10 contestants actually made it under the stick in the first round.

With prizes such as DVD players, it wasn&#8217;t hard to get people involved.

When the announcement came that adult volunteers were needed for a game, Schneider bolted for the stage. He wasn&#8217;t exactly thrilled to learn he&#8217;d stumbled into a Korean pepper-eating contest.

With tears streaming down his face, he explained that he hates spicy food.

And even though pepper-eating champion James Champigny likes his food on the hot side, he barely could talk after the contest.

Downing bottles of water and standing over the DVD player he won, he tried to explain the pain: &#8220;It feels like someone has a campfire in my mouth. Each time I breathe it gets hotter.&#8221;

One of the day&#8217;s highlights was a demonstration by the World Haidong Gumdo Federation, led by executive director Jong Gu-lee.

Gumdo &#8212; Korean for &#8220;way of the sword&#8221; &#8212; is a martial art that focuses on teaching battle techniques. Team members impressed the crowd with the razor-sharp timing and swords &#8212; cutting pears that had been thrown in the air and slashing bamboo and straw.

Gangnam Mayor Kwan, a member of the federation, said he volunteered to bring the group to help introduce Korean culture to the Americans.