Yokota women and girls clip their hair for a cause 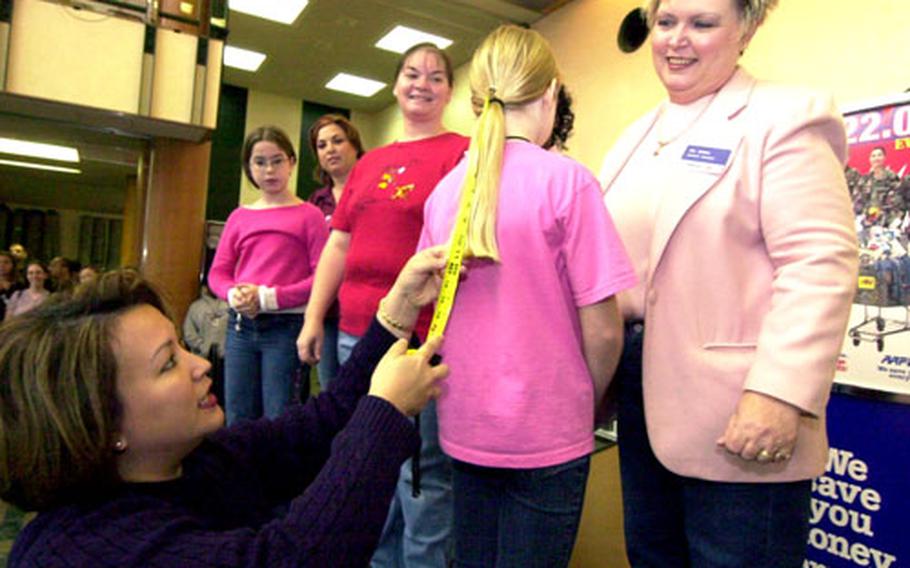 Richelle Baldwin gets her hair cut off Saturday morning by Flishia Bailey, AAFES general manager, to give to “Locks for Love.” (Christopher B. Stoltz / S&S) 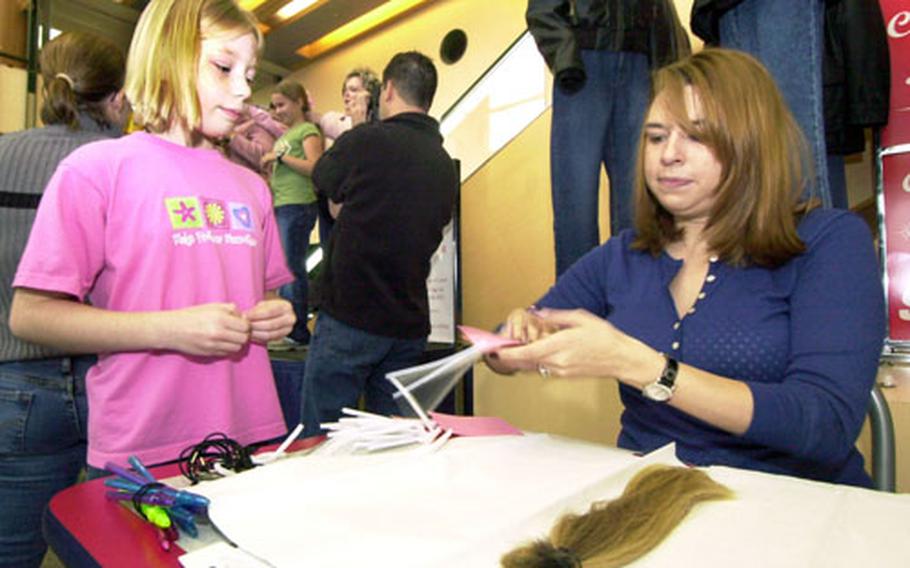 Richelle Baldwin gives her hair to Callie Mcbee Saturday morning to send to “Locks for Love.” (Christopher B. Stoltz / S&S) 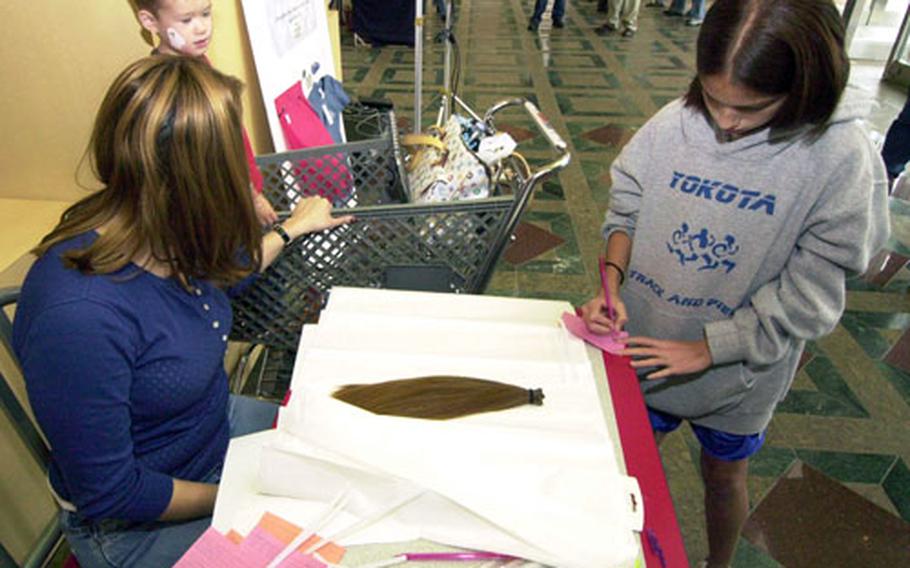 YOKOTA AIR BASE, Japan &#8212; About a dozen women and girls stepped onto a platform at the Yokota Community Center three at a time, their long, flowing hair bundled together in a ponytail and measured. Then, with onlookers gathered in the lobby, their beautiful, healthy locks were cut.

Hardly a game of truth or dare, the public display was for a worthy cause.

As part of Breast Cancer Awareness Month, the Yokota Enlisted Spouses Club and the Air Force and Army Exchange Service teamed up Saturday to stage a &#8220;Locks of Love&#8221; drive. Twelve Yokota females donated at least 10 inches of their hair &#8212; the minimum required by the national nonprofit organization &#8212; which will be used to help make wigs for needy cancer survivors.

According to the group&#8217;s Web site at www.locksoflove.org, the custom hairpieces donated to people suffering from long-term medical hair loss start at $3,000 retail.

Kristie Drown, president of the Yokota Enlisted Spouses Club, acted as a celebrity cutter along with Flishia Bailey, the Yokota Exchange&#8217;s general manager, and Maj. Sheila Thornton of the base&#8217;s Health and Wellness Center, a breast cancer survivor and former Locks of Love recipient.

Thornton, diagnosed in 1998, is a staunch advocate who speaks regularly about the disease and takes part in functions to promote awareness, according to her husband, Thefety. In 2002, she completed a three-day, 60-mile walk in Dallas.

When she lost her hair during chemotherapy treatment, Thefety Thornton said, he decided to shave his hair off for eight months in a show of unity.

Among them were her three daughters &#8212; Ashley, 11, Alyssa, 7, and Allison, 5. Drown, husband Jason and son Dakota performed shearing duties.

But the day&#8217;s final charitable act induced a mixture of emotions in mom, who fought a few tears. Allison shed more than 20 inches, while Ashley and Alyssa lost about 16 inches each.

&#8220;My dad had a touch of cancer and Jason&#8217;s mom died of cancer. He grew up watching her battle chemotherapy and losing her hair. Now he&#8217;s come full circle. His daughters donated their hair to help people like his mother.&#8221;

Rebecca McCool, a Yokota dependent, offered up 11 inches of her hair to the effort.

The Yokota locks were wrapped in tissue paper and placed in a box being mailed to the charity. Each bundle was tagged with an index card carrying the name and address of the donor, along with personal messages.