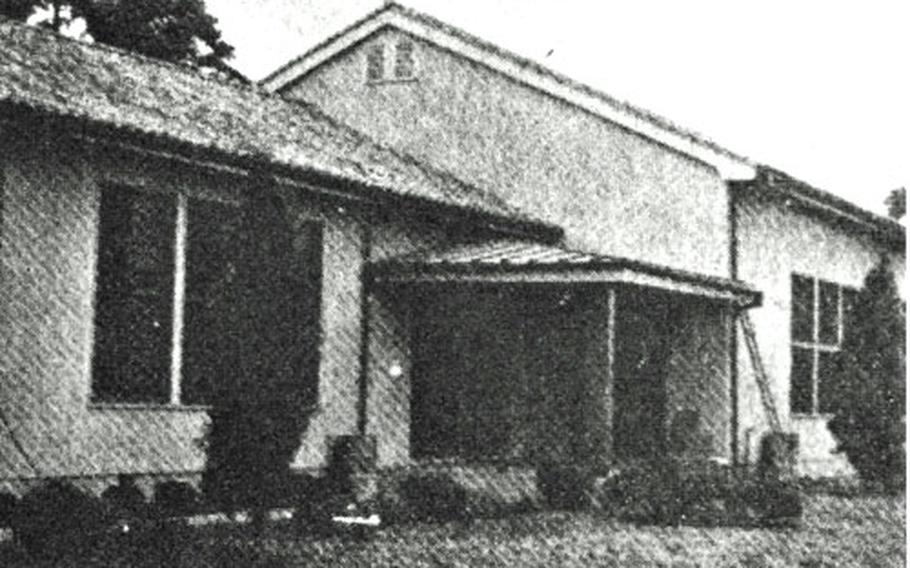 Yokota Elementary School opened Sept. 12, 1946, in Yokota&#39;s housing area on nearby Johnson Air Base, Japan, with just two teachers and 12 students in a small room behind the chapel lounge. (Courtesy of Yokota West Elementary School)

Yokota Elementary School opened Sept. 12, 1946, in Yokota&#39;s housing area on nearby Johnson Air Base, Japan, with just two teachers and 12 students in a small room behind the chapel lounge. (Courtesy of Yokota West Elementary School) 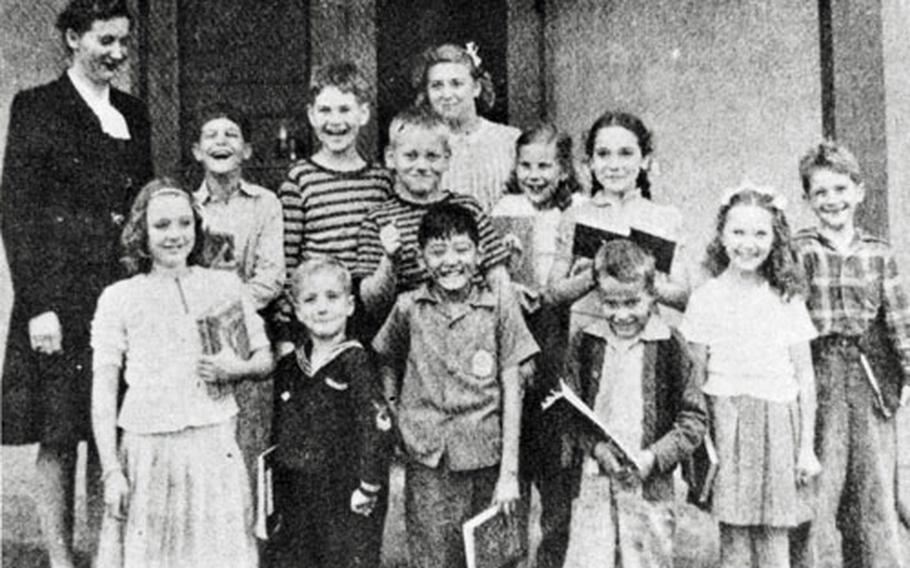 A teacher and her students on the first day of school at Yokota Elementary Sept. 12, 1946. (Courtesy of Yokota West Elementary School)

YOKOTA AIR BASE, Japan &#8212; In September 1946, Yokota Elementary School opened in Yokota&#8217;s housing area on nearby Johnson Air Base with just two teachers and 12 students in a small room behind the chapel lounge.

Since then, thousands of military dependents have filed through its classrooms. Renamed Yokota West in April 1973, following the establishment of Yokota East Elementary School back on the home base, the school now is in its 60th year.

To mark the milestone, a massive anniversary celebration is planned for Thursday, with former staff members and students, base dignitaries and the mayors of Fussa, Mizuho and Hamura expected to attend. It will feature a big parade around the Yokota westside housing area, a formal ceremony in the Taiyo Recreation Center, an open house and a barbecue.

&#8220;While a few other schools may have opened before us, they no longer exist,&#8221; school spokeswoman Cheryl Johnson said Wednesday. &#8220;We believe that we are the oldest existing school in DODDS. So we think this is a pretty special reason for celebration.&#8221;

On Thursday, Yokota West students will dress in 1946-style attire and participate in a school day typical of the era, she said. They&#8217;ll sit down to an Army and Air Force Exchange Service lunch from that period and also engage in activities such as jacks and jump rope during recess.

The school&#8217;s enrollment peaked around 1,600 in 1961. Hot lunches were served in the cafeteria for 30 cents and students enjoyed activities that included Japanese culture class, a science fair, a spelling bee, soroban club, good citizen awards and a student-published newspaper.

Controversy hit Yokota West in July 1981, when the old building was knocked down for construction of a new school on the same grounds. For the next two years, despite vigorous protests from teachers and parents, grades 1-4 were taught in base hospital buildings, fifth-graders were moved to the adult education center, the sixth-grade class was sent to Yokota High School and kindergartners attended at the West Chapel.

The students and faculty all returned in 1983, adopting the crane &#8212; a Japanese symbol for honor, loyalty and good fortune &#8212; as mascot and incorporating it into the new school building&#8217;s decor.

And the school&#8217;s most famous product? The late singer/songwriter John Denver, a former Air Force dependent who attended Yokota Elementary at Johnson.

&#8220;It is significant that Yokota West is the oldest existing DODDS school in the world,&#8221; said principal Lee Kirsch, the 23rd individual to occupy that position. &#8220;We are proud of our school traditions and our history of excellence and this celebration is a recognition of the thousands of students who have graced the halls of our school over the past 60 years and the administrators and teachers who have guided them.&#8221;

Schedule of events for 60th anniversary

3-4 p.m.: Reception for guests and teachers at Taiyo.