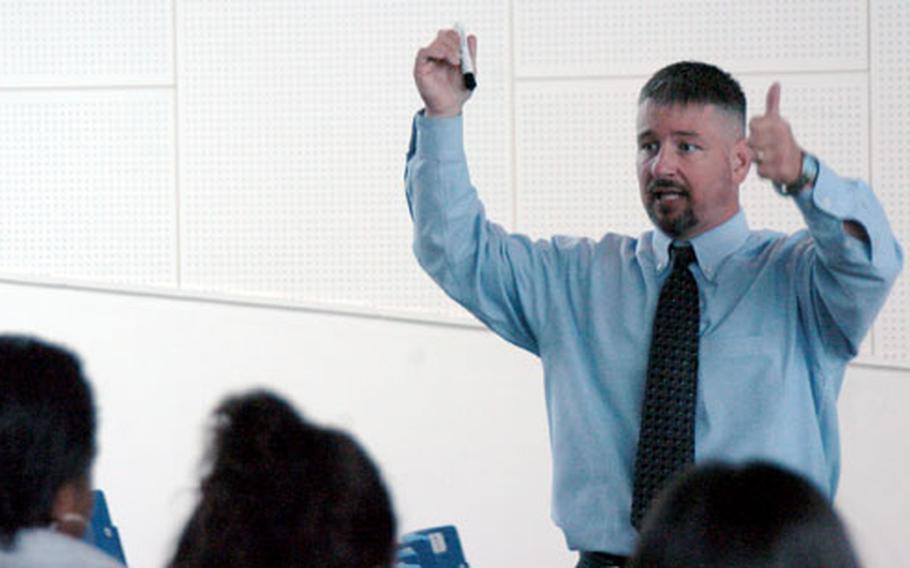 YOKOTA AIR BASE, Japan &#8212; Instances of underage drinking have risen slightly on Yokota since the school year started, prompting the head of the board responsible for disciplining the base&#8217;s civilians and dependents to warn teens about alcohol dangers.

He declined to say how many underage-drinking cases have come before the YCAP board, adding only that there have been &#8220;a few episodes&#8221; since September.

&#8220;It has increased here lately, from being almost none over the summer to a low number now,&#8221; he said. &#8220;It&#8217;s not horrible or out of control. However, trends from the last couple months indicate that some type of education needs to be implemented.

Clark said officials hope to change how teens view alcohol and that the program&#8217;s main objective is to delay the onset of use. For a person who first takes a drink before age 15, the chances of developing alcohol problems or abusing it in the future increase about 40 percent, he added.

He told students that other risk factors leading to abuse of alcohol or drugs include exposure rate, genetic predisposition, psychological ailments such as depression or anxiety, and &#8220;heightened neuro-modulation,&#8221; or how people react when they drink.

Clark also touched on &#8220;twisted loyalty,&#8221; in which adolescents succumb to peer pressure, and he discussed how companies market alcohol.

He said he&#8217;s seeking to increase alcohol abstinence and provide alternatives. Clark also wants to reduce high-risk use, which includes rapid consumption, as with a beer bong, or competitive drinking, as in games like &#8220;Quarters.&#8221;

At the end of the session, Clark had students jot down activities they can do that were not related to consuming alcohol.

Punishment for underage drinking may include curfews and community service. In some instances, depending on the circumstances or severity, offenders face banishment from base and an early return to the United States.