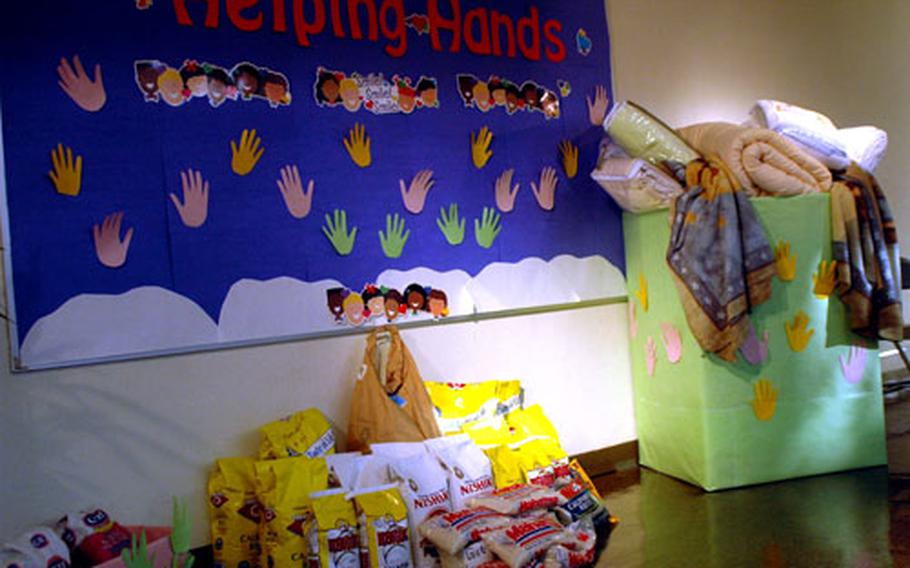 Bags of rice and a box of blankets donated by Yokota West Elementary School students and faculty sit on display in the school&#39;s cafeteria. It all will be donated to a Tokyo church which feeds and ministers to the homeless. (Bryce S. Dubee / S&S)

Bags of rice and a box of blankets donated by Yokota West Elementary School students and faculty sit on display in the school&#39;s cafeteria. It all will be donated to a Tokyo church which feeds and ministers to the homeless. (Bryce S. Dubee / S&S) 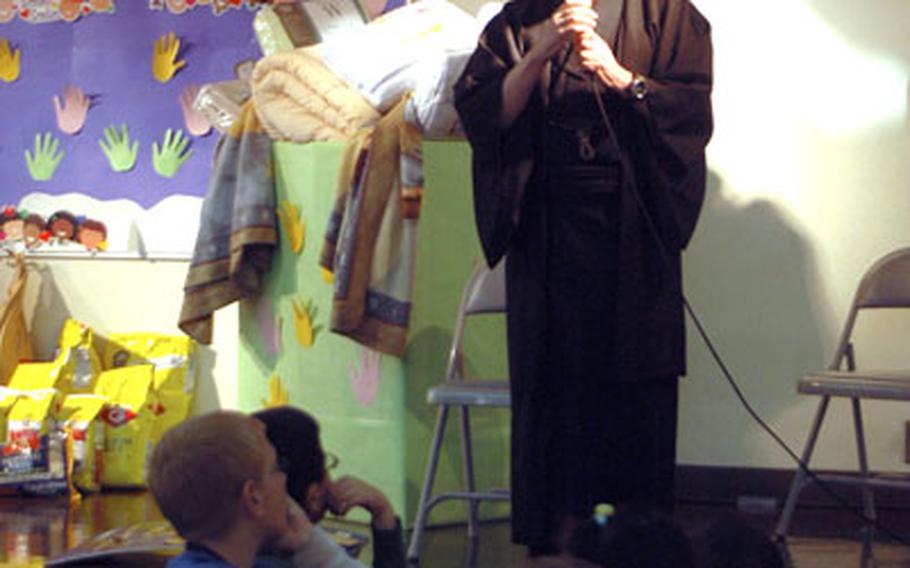 YOKOTA AIR BASE, Japan &#8212; Students at Yokota West Elementary School marked the holiday season with an act of kindness.

Since the day after Thanksgiving, the students have held a rice and blanket drive for the Japanese Jesus Centered Church, which ministers and provides food to the homeless of Tokyo. The drive concludes Monday.

In November, the students received a list of &#8220;acts of kindness&#8221; to choose from, said Yvette Andrews, a fourth-grade teacher and the student council adviser.

Andrews said the drive was chosen because the children wanted to do something that would give back to the Japanese people.

&#8220;We thought we should give [the homeless] something, since we are more fortunate than them,&#8221; said student council president Jadan Anderson, 10. &#8220;It feels good to see all the kids participating, especially in helping the homeless.&#8221;

The school contacted Brother Luke Villeneuve, who works with the church and at Yokota&#8217;s chapel.

The church feeds about 2,500 people every week, he said.

Brother Villeneuve visited the school Thursday to thank the students.

He said he hopes the drive helped draw the students&#8217; attention to the plight of the homeless.

Brother Villeneuve said he asked some children what they do when they are hungry.

He then told the students that the homeless have no money to buy food.

The students and faculty have collected more than 30 bags of rice in various sizes and a large box of blankets, an amount school officials expected would triple by Monday.

Some students even used their own allowance to buy bags of rice, Andrews said.

Andrews said the school will accept donations of rice and blankets until 10 a.m. Monday.