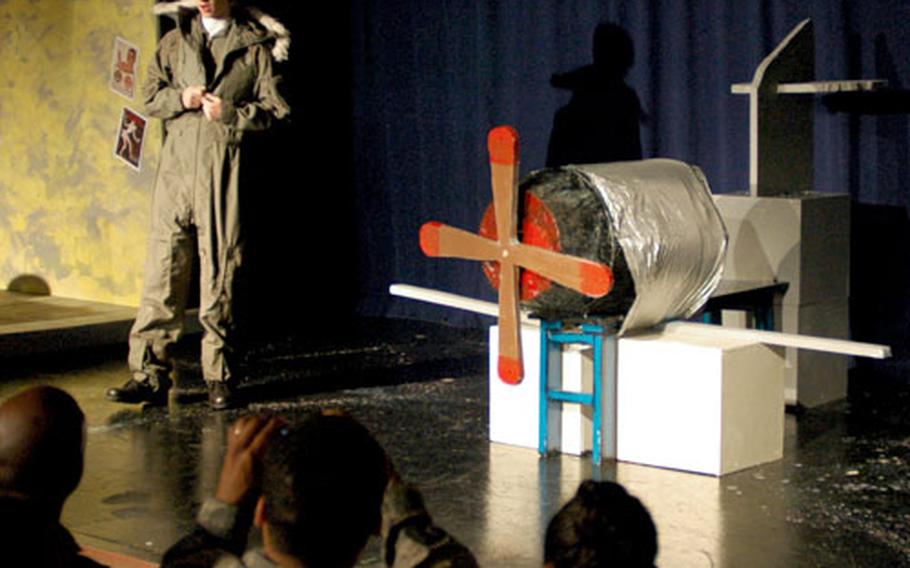 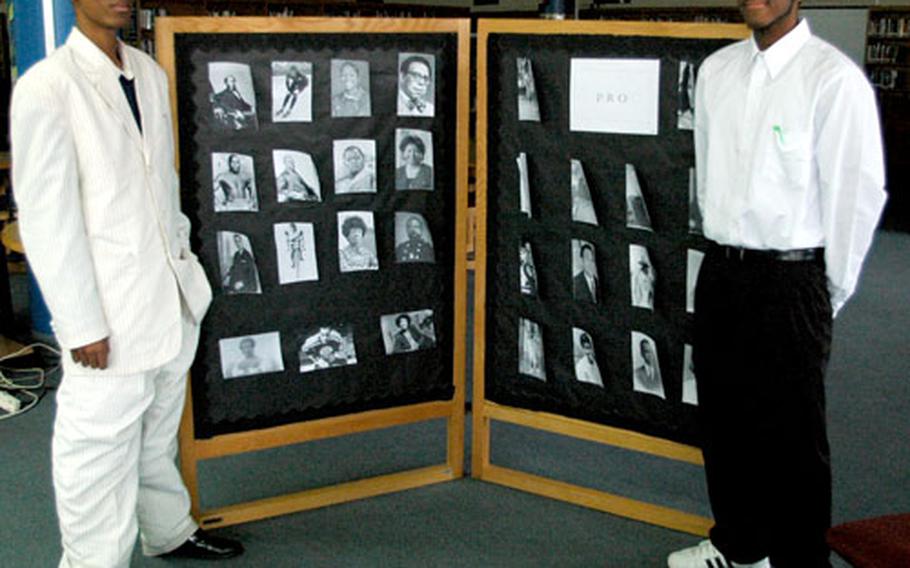 On Friday, not only did she know about Keckley, she was determined to teach others about the former slave who worked to buy her freedom and eventually became the dressmaker and confidante of Mary Todd Lincoln.

Baker was one of more than 40 Yokota students who participated in a Black History Month celebration at the school.

While the 11th-grade U.S. history class set up presentations in the library focusing on the Great Migration during the early 1900s and ran a game in which students tried to identify famous black Americans, drama students and dancers performed in the auditorium.

And there was plenty of food &#8212; from collard greens and black-eyed peas to fried chicken and ribs.

For the celebration performances, students had to pick a subject and research it.

Miller, portraying one of the famed black World War II pilots heading off to battle, spoke about the history of his unit and how it had yet to suffer any causalities.

He climbed into the cockpit of a cardboard plane on stage and took off. As sounds of combat resonated in the auditorium, Miller&#8217;s character was "shot down" and killed.

Going into the project, Miller said he wasn&#8217;t aware there had been an all-black fighter unit during the war, let alone one so successful at protecting bombers they escorted. Miller and friends discovered the unit they were researching lost only two pilots during the war.

"Once we saw they only had two causalities, we decided to do something more serious," he said. "I&#8217;m really proud of what we did."

Presenters wrote their own monologues, and other students helped with everything from costumes and makeup to research and even sound and lights, Baker said. Writing her lines in preparation for playing Keckley came relatively easy, she added.

"Once I knew who she was, it just flowed out of me," she said. "I just wanted to show how independent a black woman was, even during slavery."

After the food was eaten and the performances and presentations completed, the students said all their hard work was worth it.

"When a lot of people hear about Black History Month they just think Martin Luther King Jr., and we wanted to show them there was more than that," said Dennis Davis, a junior. "(Students) kept coming up to tell me, &#8216;I really learned something from this.&#8217;&#8197;"