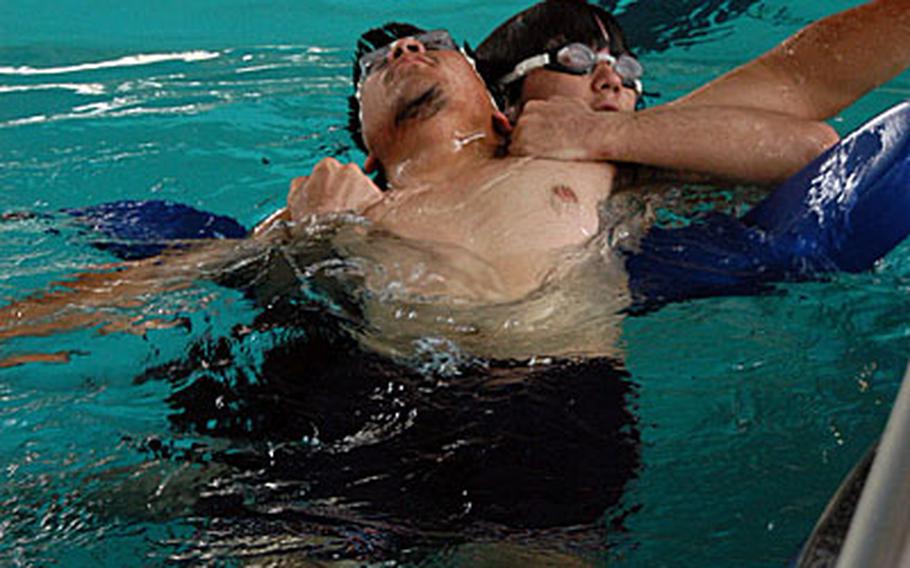 Jeffrey Husebe pulls Shimabukuro up from the bottom of the pool during the mock rescue. (Bryce S. Dubee / S&S)

Jeffrey Husebe pulls Shimabukuro up from the bottom of the pool during the mock rescue. (Bryce S. Dubee / S&S) 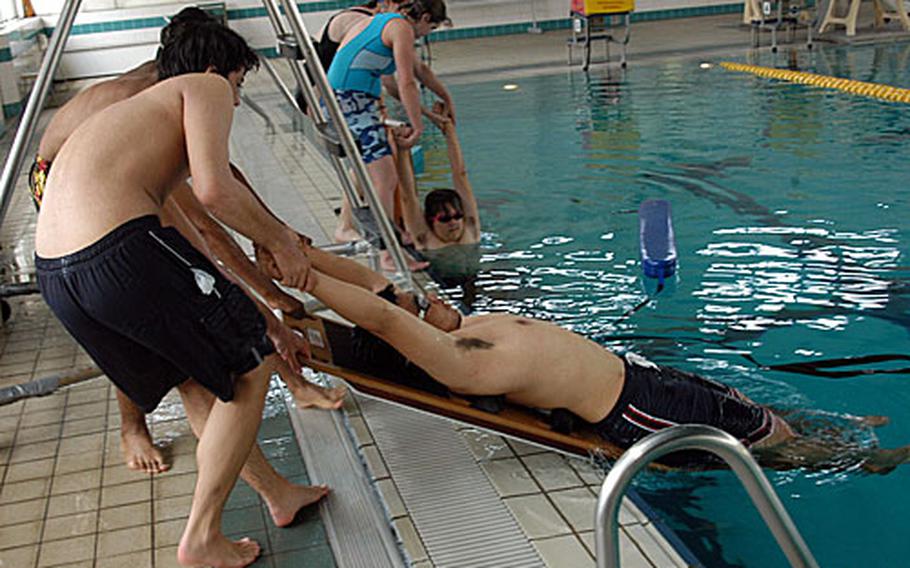 Yokota High School lifeguarding students use a board to extract classmate Shimabukuro from the water. (Bryce S. Dubee / S&S) 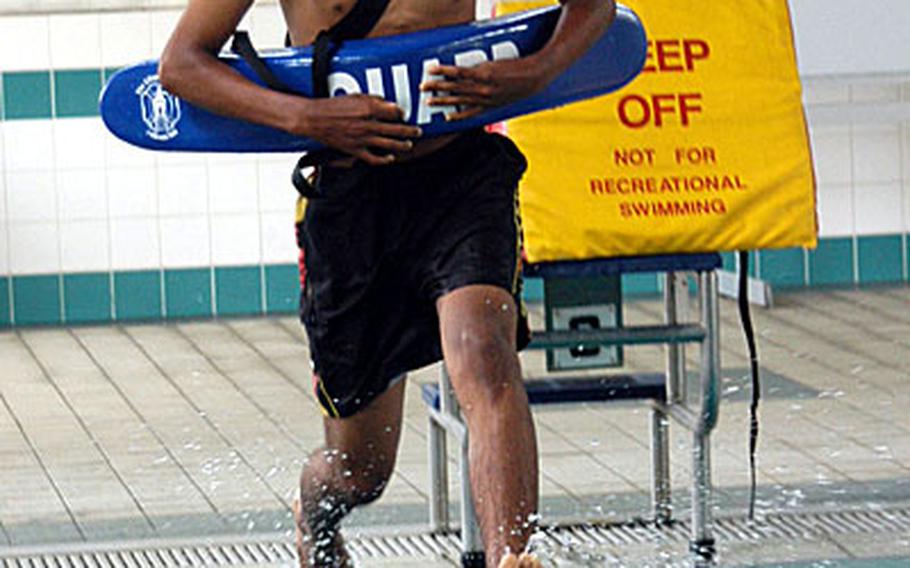 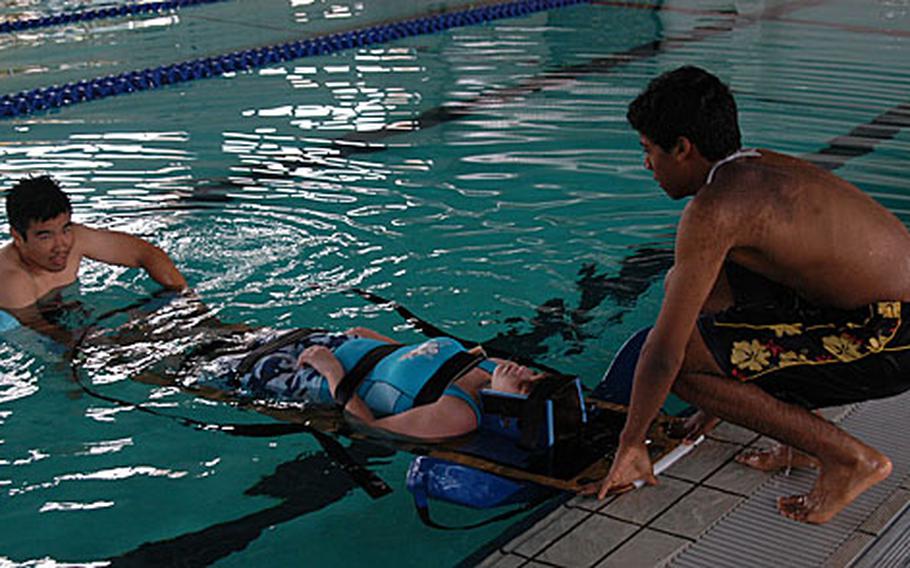 Kyle Shimabukuro, left, and Ruben Moss, right, use a board and neck braces to carefully remove classmate Anna Emmerick from the water during a mock rescue at the Yokota Air Base Natatorium. (Bryce S. Dubee / S&S)

YOKOTA AIR BASE, Japan &#8212; Kyle Shimabukuro drifts motionless on the bottom of the Yokota Natatorium pool.

A lifeguard jumps into the water, brings him to the surface and, with the help of another lifeguard, uses a stretcher board to extract Shimabukuro from the pool.

A few minutes later Shimabukuro is back on the bottom of the pool, awaiting rescue once again.

Never in any real danger, Shimabukuro, along with his &#8220;rescuers,&#8221; all are students in a lifeguarding class at Yokota High School. They will earn not only physical education credit, but also certification as lifeguards.

This is the first year the class has been offered by the high school, explained Toni Valigura, the course&#8217;s instructor. She said last week that the class has gone well this year and she hopes to offer it to students again next year.

Throughout the semester, the 10 students in the class learned different rescue techniques, first aid, cardiopulmonary resuscitation for the professional rescuer and how to use an automated external defibrillator, Valigura explained.

They also learn discipline and responsibility, she said.

Senior Ashley Henriques said she enjoyed learning the life-saving skills and is considering becoming a lifeguard in the future.

&#8220;The class is a good way to inform kids about a job that is available to them during the summer,&#8221; said Shimabukuro, adding many of the skills taught in the class, such as CPR, also could help save lives in other situations.

However, there is another added benefit to taking the course, Henriques explained.