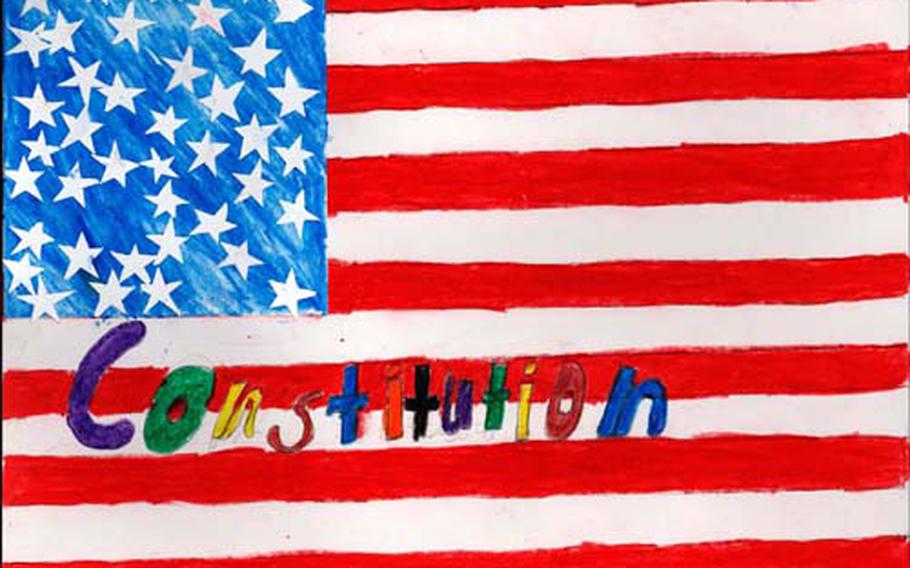 A student at Yokota West Elementary School in Japan was among the winners in a national Constitution Day poster drawing contest, the American Library Association announced this week.

Fourth-grader Jasmyn Coleman, 9, beat out thousands of entrants in the contest with a poster of the American flag to commemorate the Sept. 17 anniversary of the signing of the U.S. Constitution.

Three judges selected Jasmyn and 12 other winners last month from among 2,395 entries from 37 states and Department of Defense schools in Italy, Japan and South Korea, according to a co-sponsor of the contest, the Johnson County Library in Overland Park, Kan.

The contest, which was open to students in kindergarten through 12th grade, was meant to celebrate the U.S. Constitution by highlighting the Bill of Rights, voting rights and the need to preserve liberties.