Working on a Taiko drum routine at Yokota Air Base, Denise Ulrich practices for an upcoming performance at the Hachioji Summer Festival. (Jim Schulz / S&S)

Working on a Taiko drum routine at Yokota Air Base, Denise Ulrich practices for an upcoming performance at the Hachioji Summer Festival. (Jim Schulz / S&S) 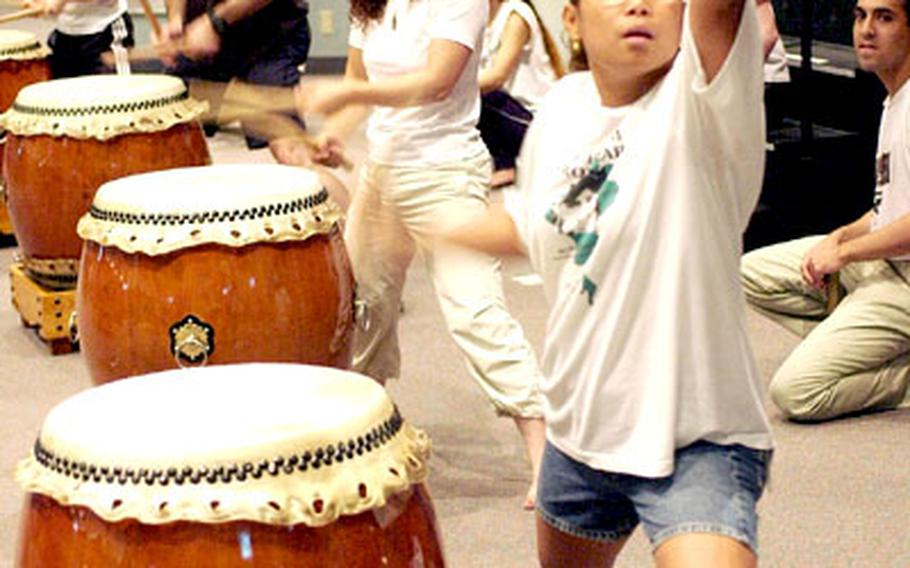 Naomi Boucher works on her drumming solo at the Taiyo Recreation Center at Yokota Air Base. (Jim Schulz / S&S) Members of the Samurai Taiko Team practice for their next performance. (Jim Schulz / S&S) 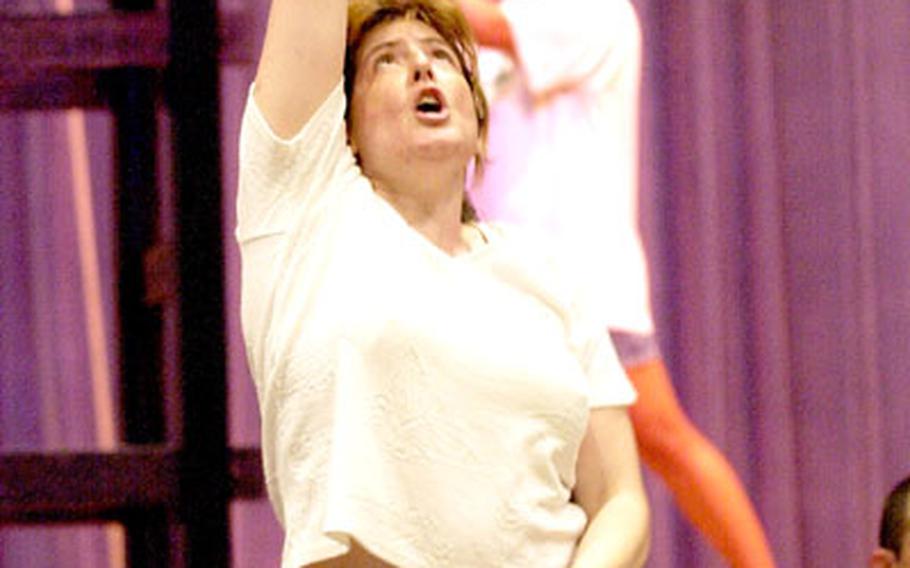 YOKOTA AIR BASE, Japan &#8212; Shortly after his arrival a year ago, Col. Mark Schissler caught a Taiko performance at the Budokan Band Festival in Tokyo.

The 374th Airlift Wing commander was so mesmerized by the precision, style and sound of the 100 or so drummers who banged out rhythms that day that he wanted a team of his own.

The idea was set in motion in February, when 374th Services Division officials purchased some drums and Yokota&#8217;s group commanders assembled a roster from a massive batch of volunteers. Then the team secured the services of Yasuo Hashimoto, Hachioji Jinba Taiko&#8217;s leader and coach, who volunteered to train the inexperienced group.

The result is the Yokota Samurai Taiko Team, which practices twice a week and turned in its inaugural performance April 29 at the base&#8217;s Japanese Culture Day. It&#8217;s played 14 times since then and now is making the rounds at various festivals and events being held this summer outside the gates.

&#8220;The excitement that day and every time they perform has been intense,&#8221; Schissler said. &#8220;We now have a tremendous team that will further our great relations with the surrounding Japanese community.&#8221;

The unit is composed of active-duty personnel, dependents and Japanese base employees. Most had never played any instrument before, said Master Sgt. William Dunmire, a team leader, so the instruction had to be planted at the ground level.

That led to a few growing pains early on as the team pushed to prepare itself for the Japanese Culture Day debut.

Taiko, which means &#8220;drum&#8221; in Japanese, requires synchronized rhythm and is highly formal in its choreography and presentation.

The practice sessions, held each Tuesday and Friday at the Taiyo Recreation Center, are also pretty intense.

Takako Susaki, a Japanese employee at Yokota, is the only member of the team with prior experience in Taiko. She picked it up about 10 years ago and also plays for Tachikawa Doshin Taiko.

The two teams have distinct personalities, she added.

The Samurai Taiko Team is among an elite group of 13 invited to perform at this weekend&#8217;s Hachioji Summer Festival. All will be playing on the streets of Route 20 at the same time, with the Yokota contingent paired with Hachioji Jinba Taiko.

&#8220;It was very nerve-wracking,&#8221; said Senior Master Sgt. Michael Atkinson, a team leader and member, &#8220;due to the fact it was our first time off base. Taiko is very deep-rooted in Japanese culture. Here we are foreigners at a festival that&#8217;s been held for a very long time. There was a lot of pressure to do good, but it went very well.&#8221;

As a volunteer-driven group, the Samurai accept donations from private organizations on base, Dunmire said.