Staff Sgt. Mark Holton and Airman 1st Class Robert Starkey check out the interior of a Mustang on display at a car show Saturday on Yokota Air Base, Japan. (Christopher B. Stoltz / S&S)

Staff Sgt. Mark Holton and Airman 1st Class Robert Starkey check out the interior of a Mustang on display at a car show Saturday on Yokota Air Base, Japan. (Christopher B. Stoltz / S&S) Staff Sgt. Dwyane Harvin polishes his 1967 Oldsmobile Cutlass for a competition at the car show. (Christopher B. Stoltz / S&S) 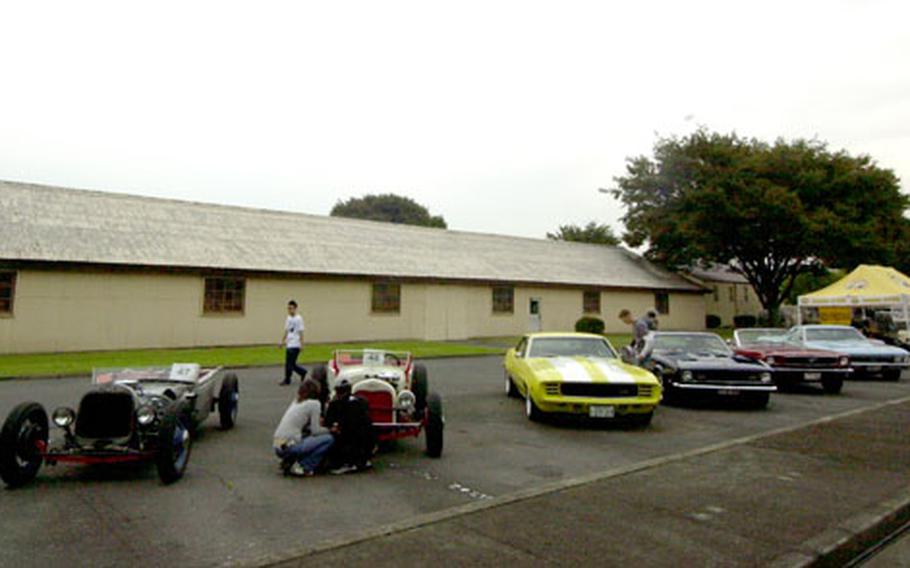 A line-up of classic muscle cars on display. (Christopher B. Stoltz / S&S) 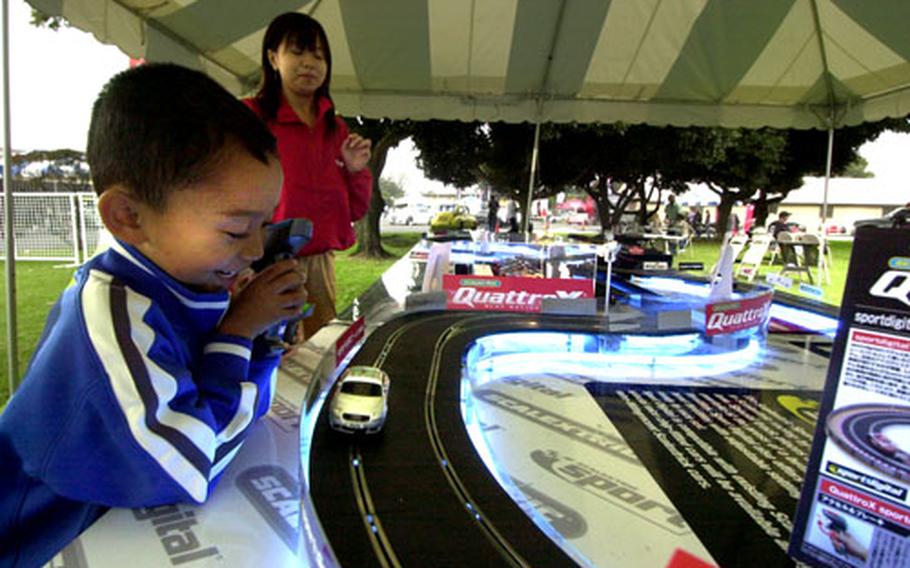 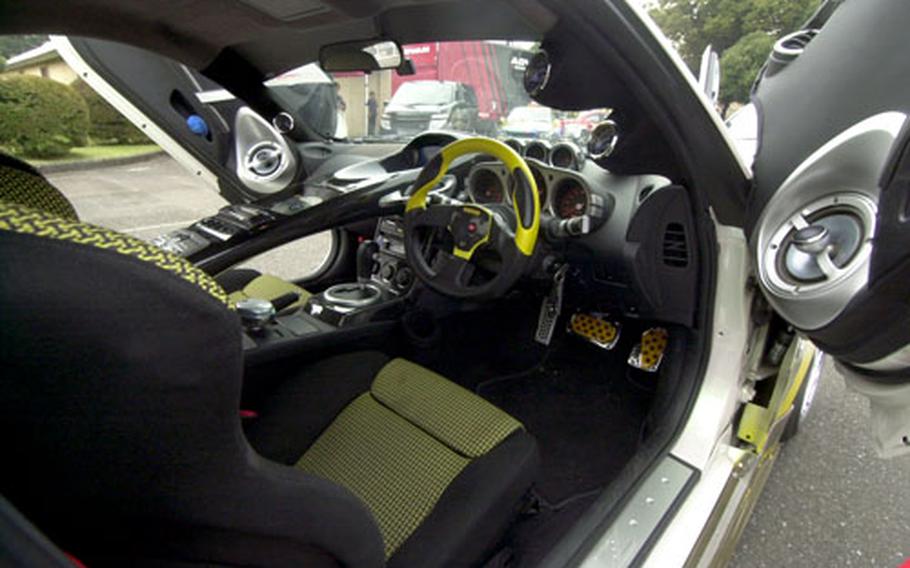 Interior of an audio car on exhibition by one of the many Japanese companies displaying autos at the car show. (Christopher B. Stoltz / S&S)

An estimated 1,000 people dropped by the Auto Skills Center and its adjacent parking lot throughout the day. That pleased organizers, who had to compete against two other high-profile weekend events on base &#8212; the Yokota Officers&#8217; Spouses Club&#8217;s annual two-day Fall Asian Bazaar and the grand opening of the Army and Air Force Exchange Service&#8217;s BXtra on the west side, where the furniture store, Four Seasons and &#8220;Home Traditions&#8221; have merged under one roof inside a building once used by the base commissary.

Rain shut down the festivities about two hours ahead of the 8 p.m. scheduled closing time but not before live jazz and rock performances by the Japanese group babamania and top fusion drummer Kozo Suganuma. Vendors included Suzuki&#8217;s Caf&#233; and the Yokota Enlisted Club, which served up food and beer.

Quattrox, a Japanese company, offered a slot racing booth for children. Large-screen television monitors on the grounds showed clips of races and &#8220;drifting,&#8221; in which a car slides sideways around a twisting, turning track. It&#8217;s a trendy pursuit in Japan and growing in popularity in the United States, Donaldson said.

Still, the cars were the day&#8217;s biggest attractions.

Donaldson credited Yoshiyuki &#8220;Zenko&#8221; Tamura of the Yokota Auto Hobby Shop, who has widespread connections to Japanese exhibitors, for bringing the showcase together. Organizers also got help from about 10 volunteers, he added.

Robbie Nishida picked up $500 after his Toyota Soarer was voted the best in a private tuner contest that featured 13 cars.

Yokohama D1 was named the Best Exhibitor for its own Toyota Soarer.

Members of the HyRev Car Club, a small, private base organization that staged a car show at Yokota in July, were prominently represented in the Best Private Tuner showdown.