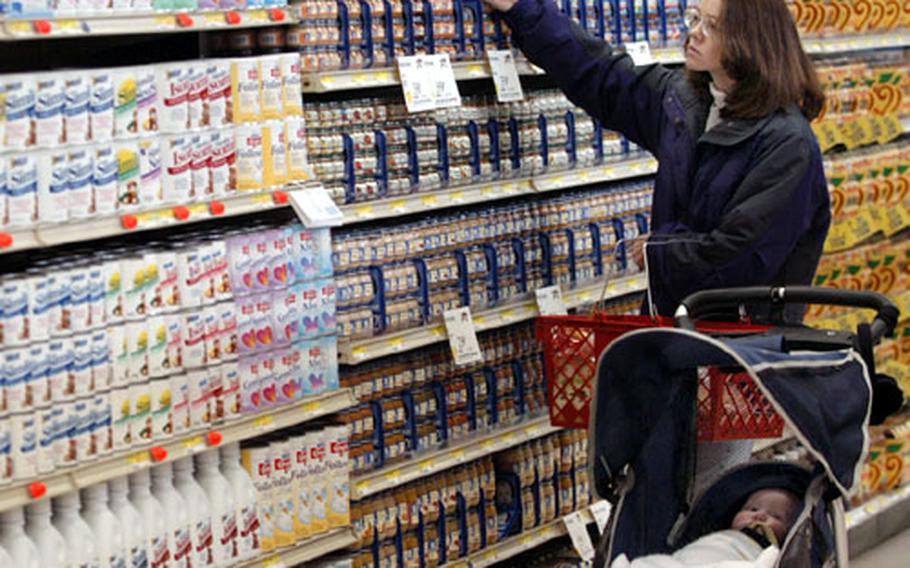 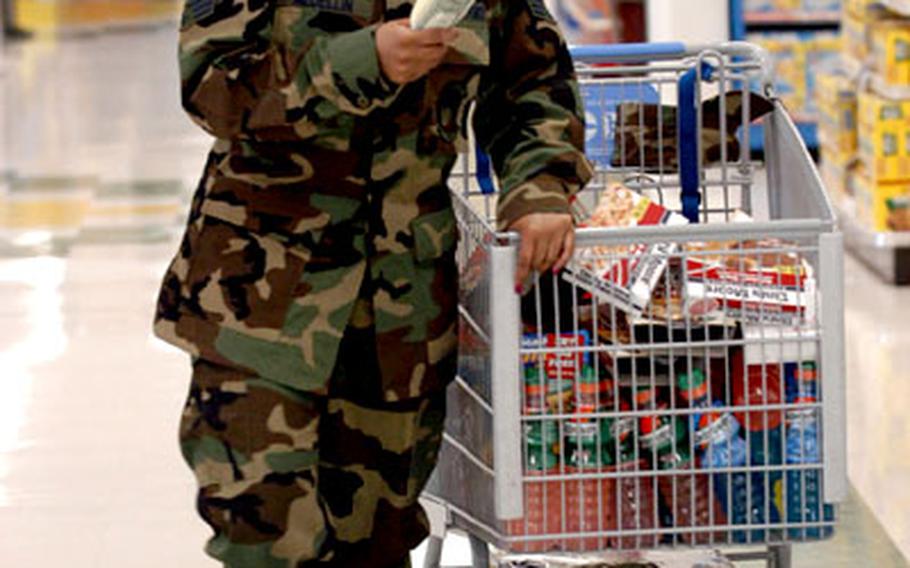 YOKOTA AIR BASE, Japan &#8212; When the sliding glass doors whoosh closed behind you, so goes the notion that this is a military commissary.

Colorful product displays brighten aisles wide enough for two &#8212; and perhaps three &#8212; grocery carts. In the produce department, consumers shop for spinach leaves grown in Japan or navel oranges from the States. The bread is so fresh, it&#8217;s sometimes warm to the touch.

The breakfast food aisle offers 117 brands of cereal. A computerized voice says &#8220;Next please&#8221; to speed up checkout lines.

Military members and their families here can&#8217;t believe their good fortune: It&#8217;s like hometown shopping, but in Japan.

A team of judges from the Defense Commissary Agency were similarly impressed: Last week, the store was named the best large commissary overseas in DECA&#8217;s 2003 awards competition.

Yokota&#8217;s commissary was among 11 finalists in DECA&#8217;s regional competition, which was based on sales for large and small stores and location &#8212; the United States and overseas. DECA operates nearly 280 commissaries worldwide for military personnel, retirees and their families.

The judges visited Yokota last month to evaluate commissary operations, from customer service and management to the meat and produce departments, according to a DECA news release.

&#8220;They did a visual of the store, customer feedback and what equates to an IG inspection,&#8221; Jordan said.

The store won eight prestigious merchandising competitions in 2002 for its vibrant food displays.

Yokota&#8217;s commissary also was praised for store cleanliness and keeping its 11,000 line items consistently in stock.

The store maintains a 98 percent fill, or in-stock, rate by ordering six days a week and maintaining a back stock in its warehouse, Jordan said.

If the commissary doesn&#8217;t carry a product, consumers can request it, said Tech. Sgt. Neil Deabreu, while toting a full basket of sundries.

Medellin has no complaints, though she wishes the store stocked fresh seafood.

Angie Edmonson, 36, is pleased with the variety of goods.

Store director Karen Ochsner accepted the award for Yokota&#8217;s commissary at a ceremony in Norfolk, Va., on Thursday. Yokota&#8217;s best large commissary overseas award is named for Dan Daniel; the awards are named in memory of legislators who have protected commissary benefits and supported quality-of-life issues for military members and their families.

DECA officials said this year&#8217;s competition was one of the closest ever, and it was only the second time two commissaries shared honors in a category.

The other winners, by category, are: