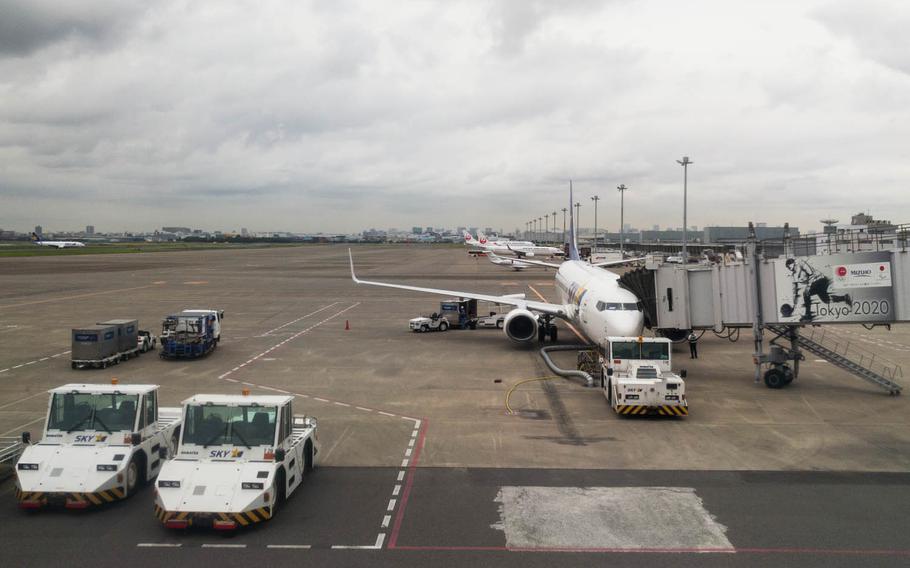 Buy Photo
A Skymark Airlines plane is prepared to board passengers at Haneda airport in Tokyo, June 16, 2016. Four U.S. carriers will begin daytime international flights at Haneda in the fall. (James Kimber/Stars and Stripes)

Buy Photo
A Skymark Airlines plane is prepared to board passengers at Haneda airport in Tokyo, June 16, 2016. Four U.S. carriers will begin daytime international flights at Haneda in the fall. (James Kimber/Stars and Stripes) 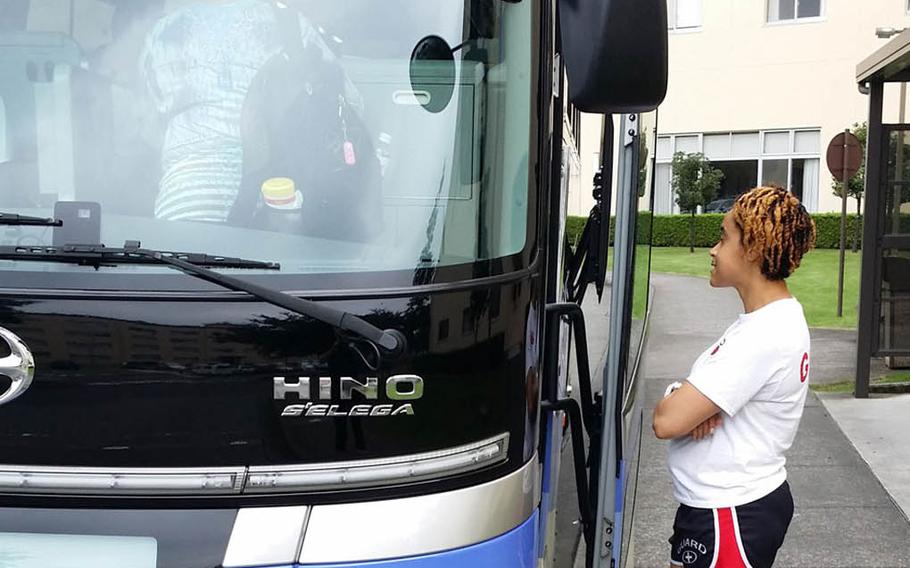 And the addition of a new shuttle route from Yokota Air Base, home of U.S. Forces Japan and the 5th Air Force in western Tokyo, will help them get there.

A recently announced U.S.-Japan air-service agreement is allowing four U.S. carriers — American, Delta, Hawaiian and United — to schedule daytime service at the airport where they were previously allowed to operate only at night.

American and Delta plan flights to Los Angeles; Delta will fly a new route to Minneapolis/St. Paul; United will fly to San Francisco; and Hawaiian will fly to Honolulu while keeping a daily nighttime flight split between Honolulu and Kona, according to a U.S. Department of Transportation statement.

U.S. servicemembers and their families often take space-available military flights to the U.S. from Yokota or fly commercial services out of Narita International Airport, more than two hours’ drive away in Chiba prefecture. Haneda, only a short train ride from central Tokyo, is about an hour’s drive from Yokota and other U.S. facilities around the Japanese capital.

Yokota’s daily shuttle service to Haneda began July 11 as an extension of service to the New Sanno Hotel, near Hardy Barracks. The bus leaves from Yokota’s Kanto Lodge at 9:30 a.m., reaches New Sanno at 11 a.m. and Haneda at around noon.

Riding to or from Yokota to Haneda costs $20 for status of forces agreement ID cardholders and $25 dollars for others, with a reduced rate for those who get on or off at the New Sanno.

“I would definitely rather take a shuttle to Haneda than this,” Tech. Sgt. Renante Baldado said after boarding the Narita shuttle last Friday at Yokota. He was on his way to Hiroshima, a destination readily serviced by Haneda’s Japanese carriers. Even so, Baldado said he decided to fly out of Narita because he didn’t know about the Haneda shuttle.

Master Sgt. Casey Hagen, who was on the same Narita shuttle heading for training at Keesler Air Force Base, Miss., agreed.

“Any shuttle service makes leaving with bags a lot easier than taking mass transit,” he said.

The new Haneda flights may help the Japanese government reach its goal of boosting the number of annual foreign visitors to 40 million by 2020, when Tokyo is set to host the Olympic Games.

Record numbers of tourists have been arriving this year and, if the trend continues, 25 million tourists will have visited Japan in 2016, according to the Nikkei Asian Review.