Yokota marks the reopening of its military education center 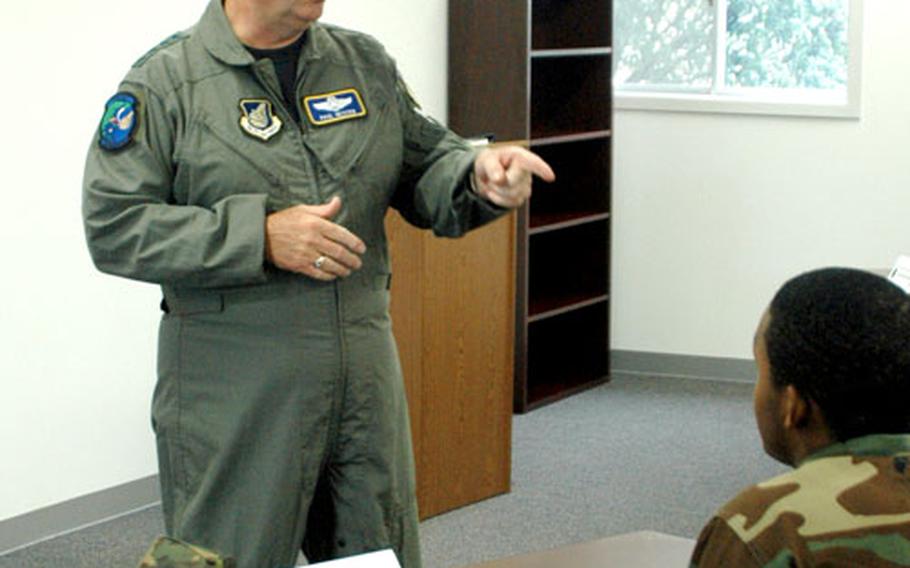 YOKOTA AIR BASE, Japan &#8212; A ribbon-cutting ceremony Wednesday marked the reopening of the Professional Military Education Center after a $750,000 renovation.

The facility will house Yokota&#8217;s First Term Airman Center, or FTAC, and Airman Leadership School. In addition to general renovations, the center got new conference rooms, classrooms and a computer work area.

&#8220;The place was pretty run-down before,&#8221; said Staff Sgt. Daniel Cain, noncommissioned officer in charge of the FTAC. &#8220;The new renovations help create a much better learning environment for the airmen.&#8221;

FTAC is a two-week course in which new airmen just arrived from their initial military training are introduced to life at Yokota and taught how they fit into the mission of the base.

ALS is designed to teach senior airmen how to become effective leaders as they prepare for promotion to staff sergeant.

Running both programs in the same building helps with preparation as airmen conduct physical training together and ALS students mentor and help provide a sense of belonging to first-term airmen.

Other professional development programs for both officers and NCOs are being planned, said a Yokota spokesman.