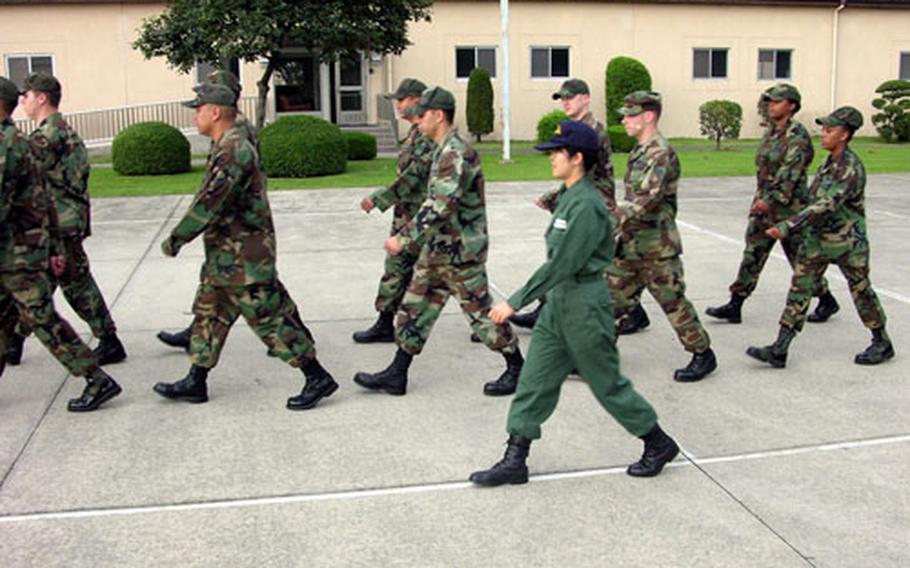 YOKOTA AIR BASE, Japan &#8212; For the first time in the Yokota Airman Leadership School&#8217;s history, two Japan Air Self-Defense Force members were among its graduates.

The course emphasizes teamwork and leadership to help prepare the airmen for promotion to staff sergeant. But members of this graduating class also got to learn about other cultures.

&#8220;This was a great experience for me,&#8221; said Senior Airman Satoshi Morimoto, one of the two JASDF graduates. An avionics maintenance technician at Hyakuri Air Base, he said, &#8220;In the JASDF, everyone is Japanese, but in the American Air Force, there are people from many different races and backgrounds.&#8221;

Also, noting that Japan&#8217;s constitution requires that its military focus on self-defense, Morimoto said the leadership school provided a rare opportunity to experience the U.S. military&#8217;s perspective as a warfighting force now engaged in conflicts overseas.

Senior Airman Ayaka Kohiruimaki, Central Airbase Support Group, said the course let her teach and be a mentor to subordinates &#8212; things she hadn&#8217;t previously had the opportunity to do.

And the difference between how Japanese and U.S. militaries drill and perform ceremonies took some getting used to, Kohiruimaki said.

Senior Airman Jeremy Trujillo, one of the 26 U.S. students in the class, said, &#8220;I give them a lot of credit for coming here. They were really motivated about learning about the U.S. military and American culture.&#8221;

Although both JASDF students had studied English, they admitted initial nervousness about attending a class conducted entirely in that language.

Although the pair were the first JASDF students to attend the school, Williams said, he hopes they won&#8217;t be the last. Japanese students also have attended ALS at Misawa Air Base and plans to have more JASDF members at Yokota are in the works, Air Force officials said.