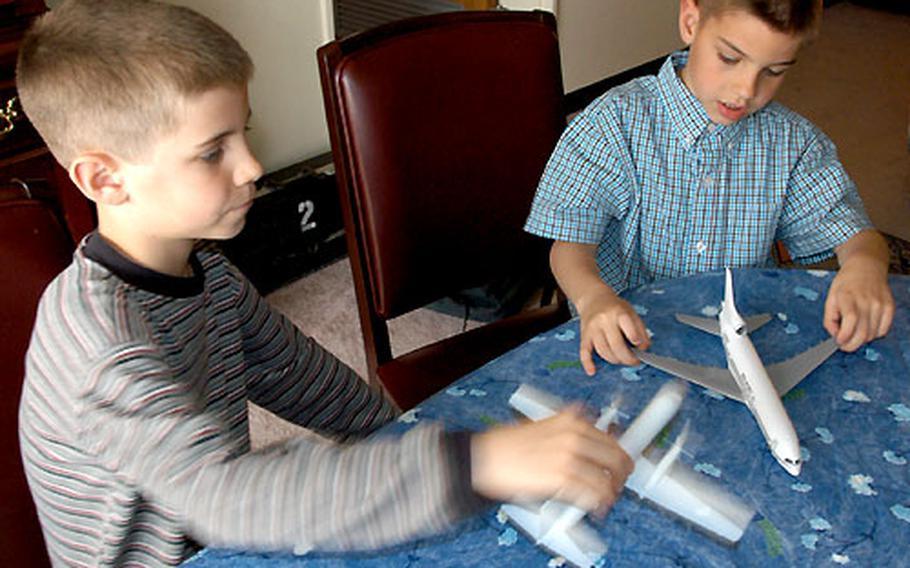 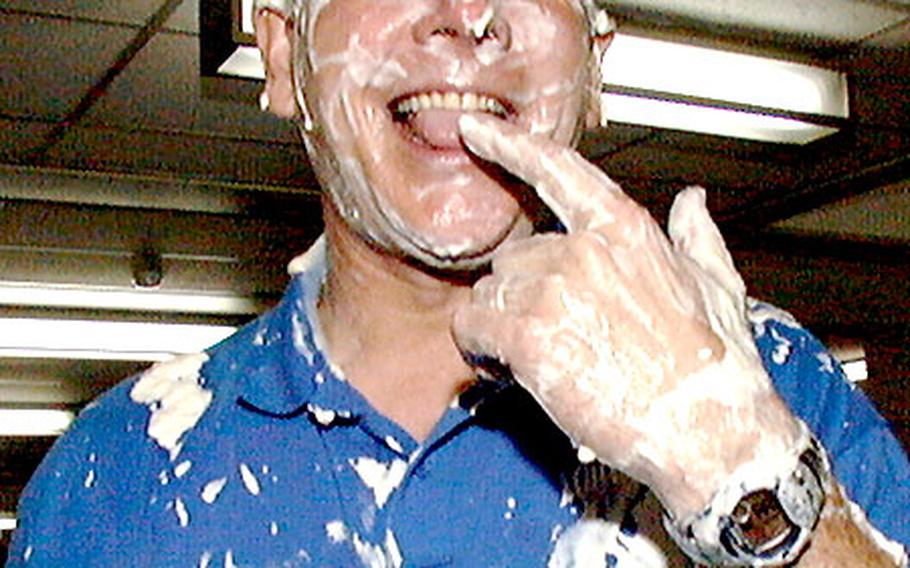 Yokota West Elementary School Principal Scott Sterry drips with vanilla pudding after a pep rally last week recognizing students who survived a week without TV. One winning student from each grade earned the chance to a toss a pie at their principal. In all, 166 kids survived the week without television. (Jennifer Svan / S&S)

YOKOTA AIR BASE, Japan &#8212; The television set is considered one of the greatest inventions of the 20th century.

But in era of remote controls and cable TV, it&#8217;s easy to have too much of a good thing.

For the Nordel family, the hardest stretch was the weekend.

Nordel said her kids watch about two hours of television a day. Their favorite show is &#8220;Dexter&#8217;s Laboratory,&#8221; a cartoon about an 8-year-old boy who built a secret science laboratory in his house. David Nordel, a YWES fifth-grader, said living without TV &#8220;was a little harder than I suspected.&#8221;

Last year, he and his brother eliminated themselves from the competition on the first day: Walking into the commissary, the TV set there caught their eye, and they sat down to watch while their mother shopped.

The Nordels, like other YWES students, played outside and read books more during the TV-free week.

Tammie Honore&#8217;s fourth- and fifth-grade students had to find sources other than CNN for the daily, five-minute news program they videotape for the school. Some read the paper, searched online or discussed current events with their parents, Honore said.

Turning off the television &#8220;gives them a chance to use their imagination to be creative in their thinking &#8212; to rely less on someone else&#8217;s imagination, which is what TV provides for them,&#8221; she said.

YWES&#8217;s competition worked on an honor system; parents signed a slip of a paper each day their child did not watch TV. Winners earned prizes such as free movie passes and a chance to toss vanilla pudding pies &#8212; topped with whipped cream &#8212; at YWES principal Scott Sterry.

Sterry dripped pudding from head to toe after the culminating pep rally Friday.