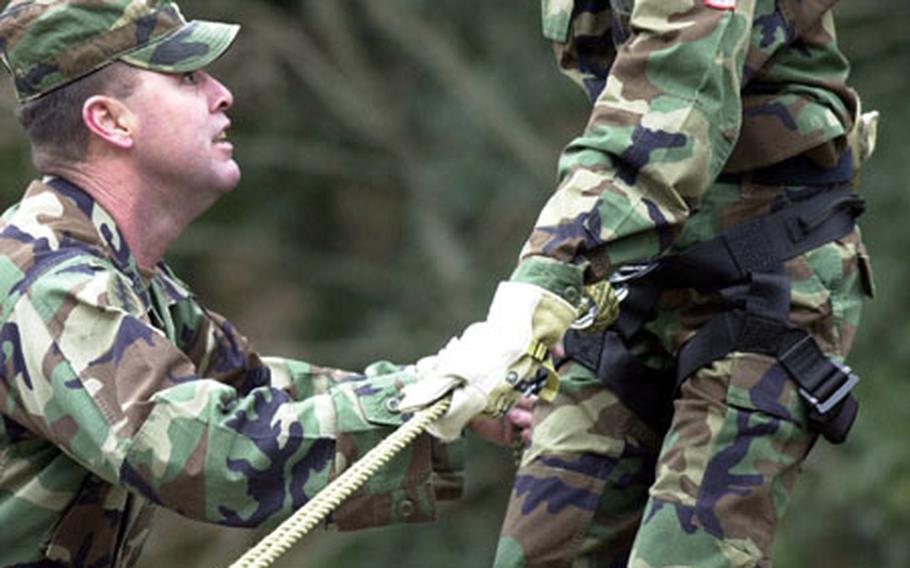 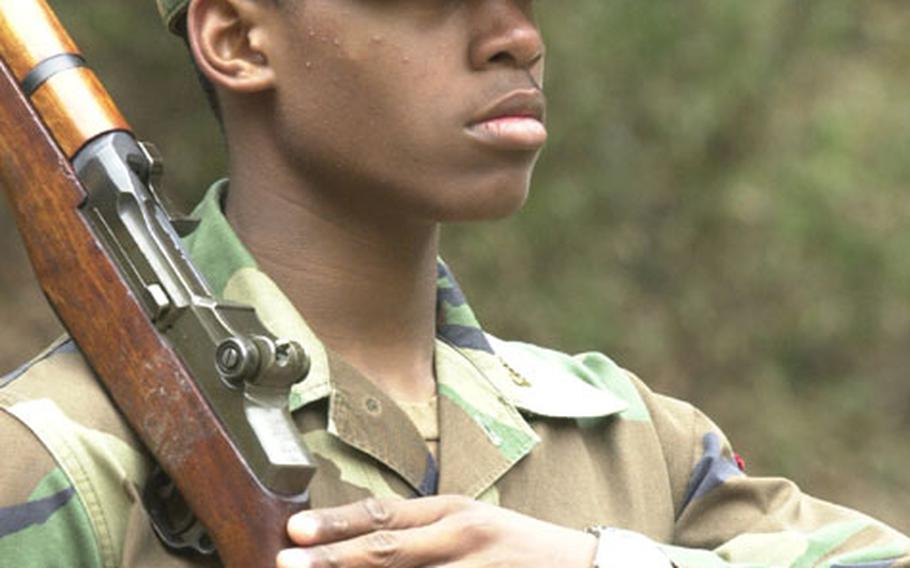 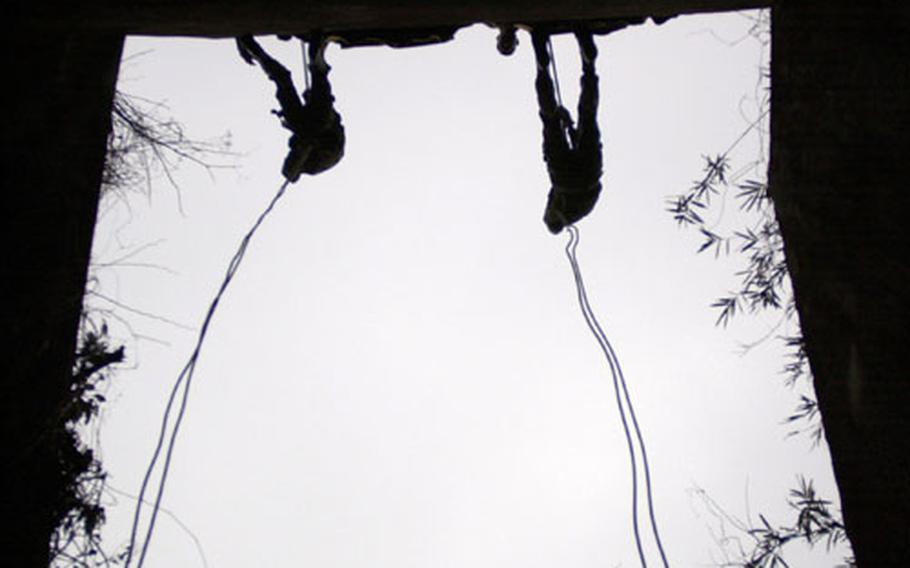 About 120 cadets from Yokota High School&#8217;s Army JROTC program tried rappelling Thursday on a chilly, overcast day at Tama Hills, a rustic military recreation area near Tokyo. They devised creative ways to shake off their fears.

Cadet Pvt. Destiny Sanders, 13, resorted to prayer and the power of distraction.

The day spent at Tama Hills was a field trip in the truest sense. When their company wasn&#8217;t rappelling, cadets did sit-ups, ran a timed mile, marched in circles, tossed horseshoes and practiced first-aid carries in which one person totes a buddy and races to different stations.

But rappelling was the main event.

A hollowed-out concrete tower, the climbing wall is believed to have once been an elevator shaft to underground tunnels, Mateer said. Tama Hills was a Japanese ammunition storage site during World War II.

In all, 11 adult volunteers from Yokota assisted the effort, from medics to judges at various activity stations.

Castro and Aubrey worked steadily throughout the day, helping even the most frightened cadets take that leap of faith &#8212; backwards &#8212; over the edge.