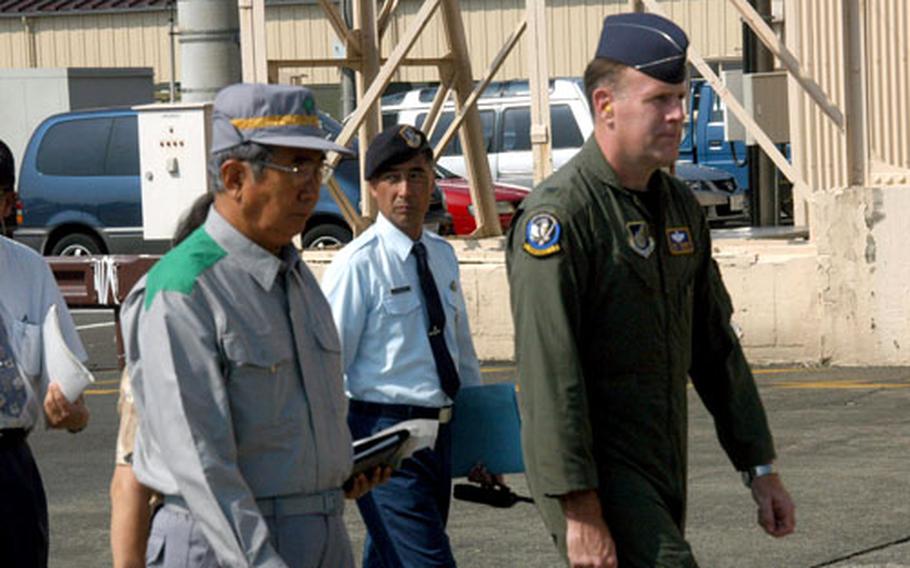 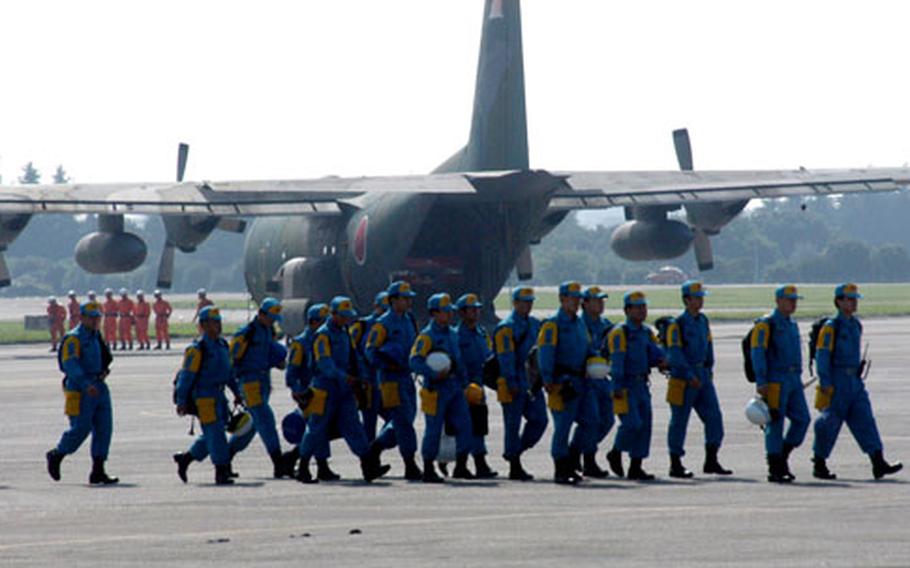 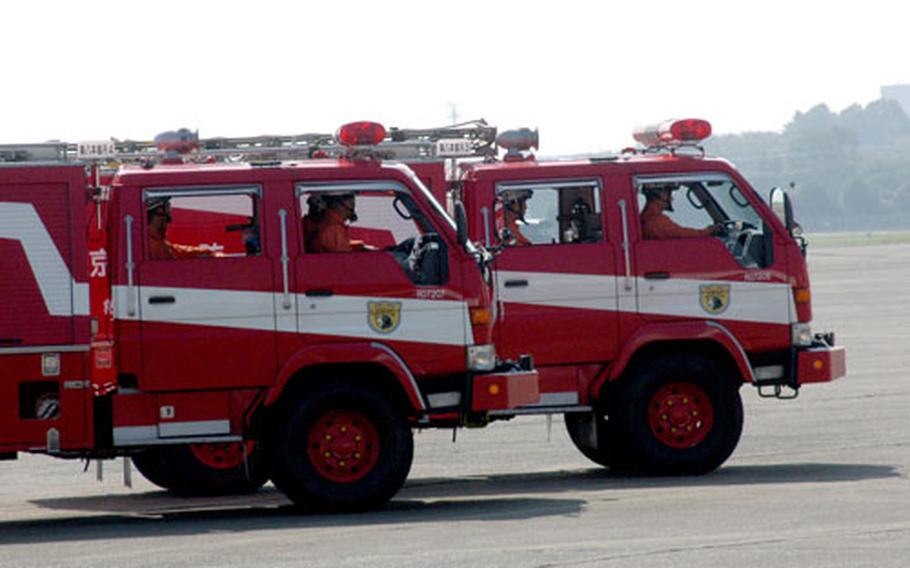 YOKOTA AIR BASE, Japan &#8212; After a summer of seismic activity &#8212; at least three major temblors shook the Kanto Plain &#8212; the Tokyo Metropolitan Government had a timely platform for its fifth annual earthquake disaster-prevention drill Thursday. And there was no shortage of participants.

As Tokyo Gov. Shintaro Ishihara and Col. Scott Goodwin, 374th Airlift Wing commander, observed at Yokota Air Base, Japanese officials used the flight line as a staging area and relay station. On the Hardy Barracks helipad in Tokyo, rescuers simulated transferring an injured patient to a nearby hospital via ambulance.

The disaster-prevention drill coincides each year with the anniversary of the 1923 Great Kanto Earthquake, an 8.3-magnitude temblor that killed more than 140,000 people, left hundreds of thousands homeless and devastated the Tokyo area.

Thursday&#8217;s drill was &#8220;to improve the capability of local municipal governments, TMG, disaster-prevention agencies and local residents to work together and to carry out their different missions in a disaster such as a major earthquake,&#8221; said Capt. David Westover, a 374th Airlift Wing spokesman. &#8220;Yokota Air Base is the only airfield in the Tama area which allows large aircraft to land.&#8221;

Officials said Thursday&#8217;s scenario involved a major earthquake striking in Machida City at about 6 a.m. with an epicenter near the southern Tama area.

Homes and businesses were severely &#8220;damaged.&#8221; All roads and railways were shut down; power, gas and water in the vicinity were cut off. From numerous fires and buildings collapsing, deaths and injuries were extensive.

At 11 a.m., a Japanese helicopter brought a quake victim to the helipad near Hardy Barracks, where an ambulance awaited. &#8220;The helipad is located at an effective place,&#8221; said Hiroaki Kameda of TMG&#8217;s disaster-prevention department: In downtown Tokyo, it lets victims be taken to hospitals that may be less crowded.

Thursday marked the second time the helipad was used in the exercise under an agreement between U.S. Army Japan and the Tokyo Metropolitan Government. Edward H. Roper, USARJ&#8217;s host-nation relations officer, called the arrangement a good example of Tokyo-U.S. military cooperation.

If a strong earthquake hit near the Tokyo-Kanagawa Prefecture border, the government estimates more than 130 would die and 5,100 would be injured.