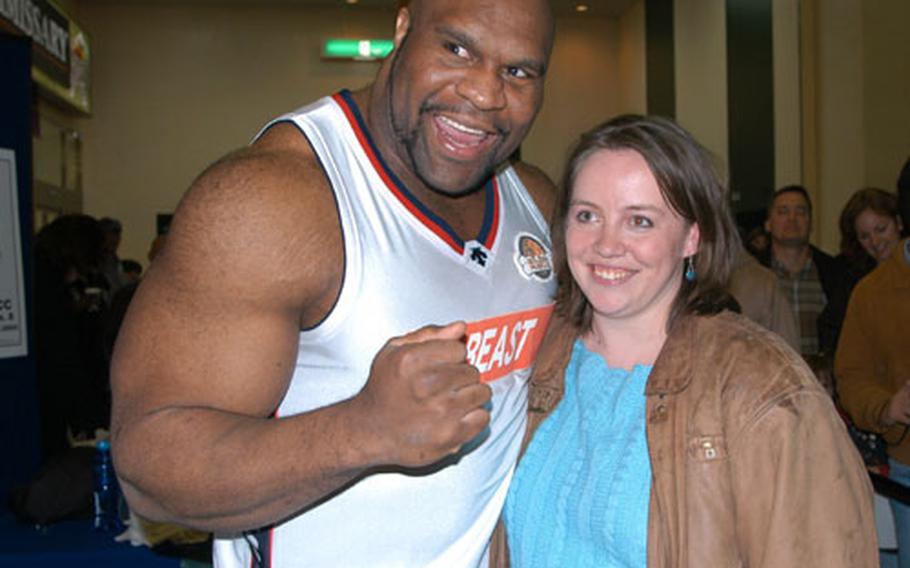 Sapp told Stripes he enjoyed the visit, especially the &#8220;warm welcome that I received.&#8221;

Sapp even got a surprise reunion.

Organizers brought Jennifer Tate to the front of the line; she and Sapp graduated from Mitchell High School in Colorado Sprints, Colo., in 1992. The old friends hugged and spoke for a few moments.

She said she was good friends with Sapp in high school, but was worried he would have forgotten.