Yokota doubles practice with two exercises in one week 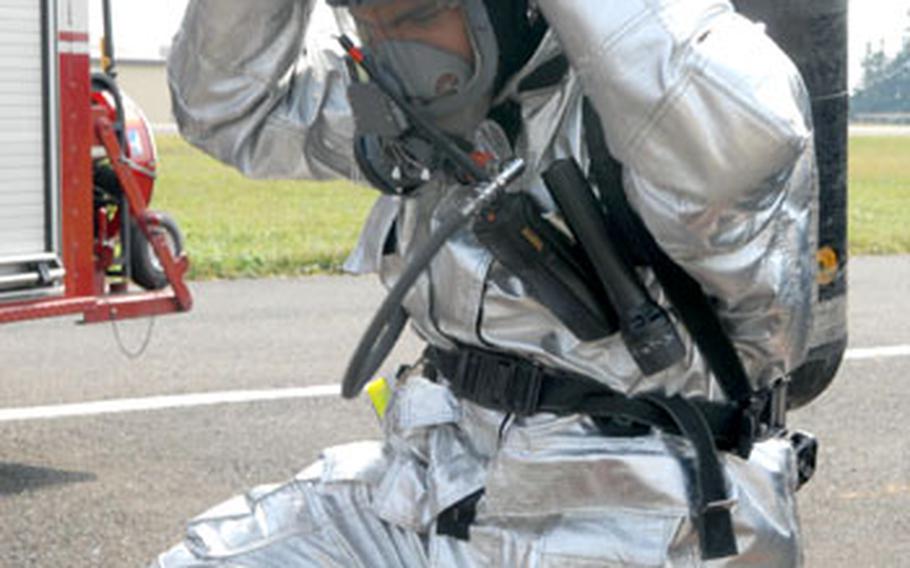 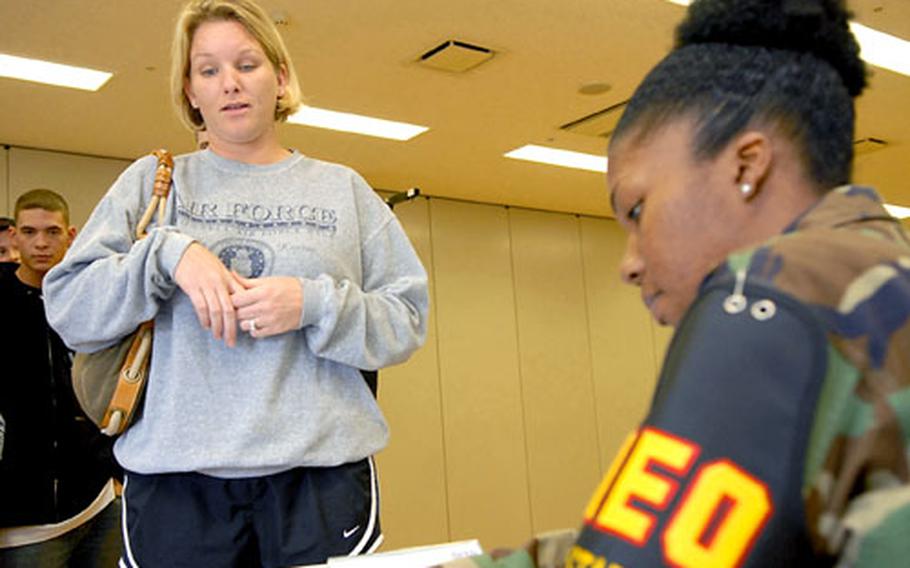 YOKOTA AIR BASE, Japan &#8212; This week airmen at Yokota had a lot on their plate.

After a &#8220;tsunami&#8221; struck Okinawa, relief supplies were airlifted to the island and nonessential personnel were brought back to Yokota for processing.

At the same time, tensions on the Korean peninsula flared, resulting in the base having to transport additional forces and supplies to South Korea to support wartime operations.

If that was not enough, enemy forces attempted to infiltrate the base, attacking with mortar rounds and chemical weapons.

In reality, this chain of events was actually the fictional scenario for a weeklong Operational Readiness Exercise that began Monday.

Airmen from the wing and the 730th Air Mobility Squadron, were evaluated in a variety of scenarios, from performing basic first aid to loading humanitarian aid onto aircraft.

&#8220;This exercise presents the opportunity for some really good training,&#8221; Hermann said. He added that because the ORE took place after the summer PCS season, it was the first time for some airmen &#8212; including the recently arrived 374th Airlift Wing commander, Col. John Newell &#8212; to train like this on Yokota.

An additional challenge during this ORE was the incorporation of a noncombatant evacuation operation exercise, in which the base simulated having to receive and process &#8220;evacuees&#8221; from Okinawa.

Volunteer evacuees were transported to the Taiyo Recreation Center, which had been set up as a staging area for the NEO exercise on Wednesday, where they were briefed, processed and fed while they awaited a repatriation flight back to the U.S.

Any financial, legal, medical or housing issues the evacuees have would be handled by the NEO personnel at the staging area, said Shelia Keeton, the NEO officer in charge.

There also was a special area set up where evacuated pets could be held and screened by base veterinary staff.

Keeton said having all these extra details in the simulation, including food, bedding and even chaplains, helps prepare for the real thing.