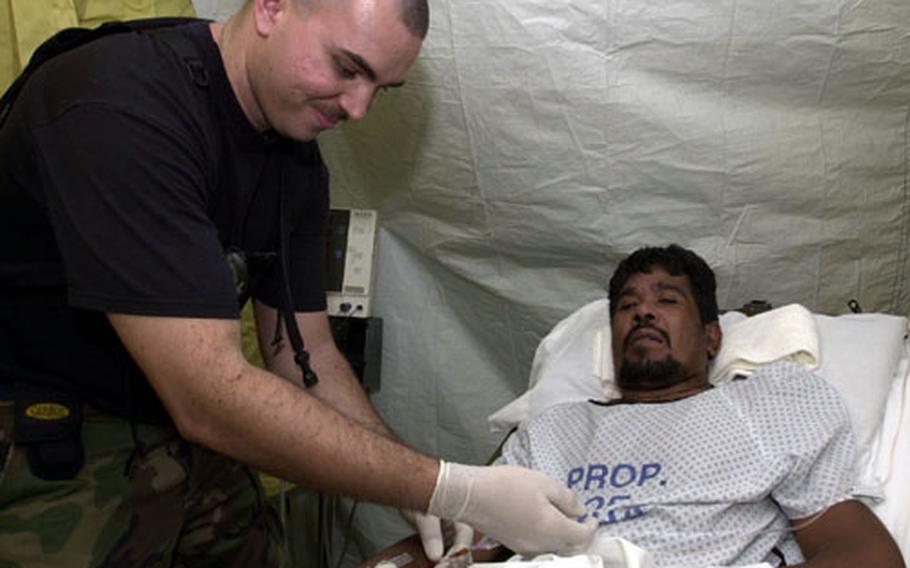 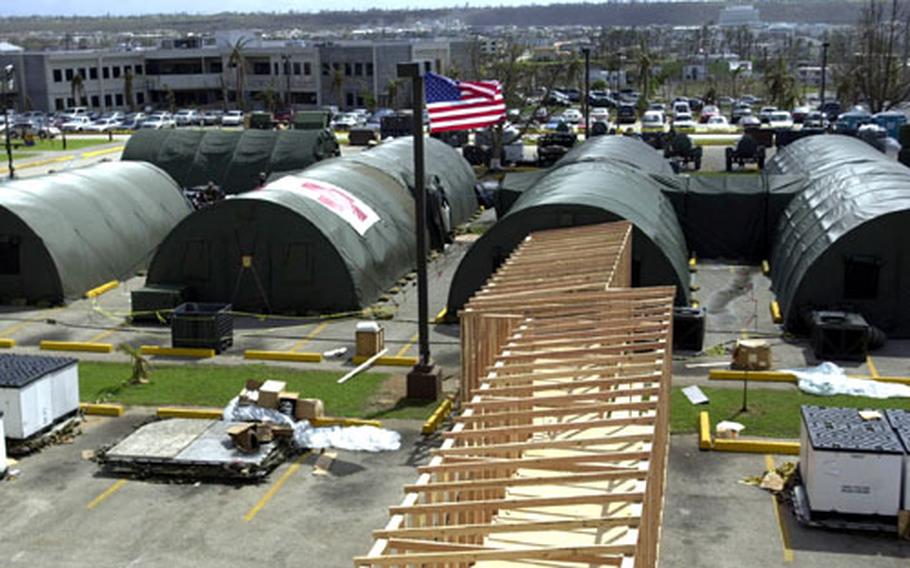 TAMUNING, Guam &#8212; Yokota Air Base&#8217;s Expeditionary Medical Support (EMEDS) team is folding up its tents and heading back to Japan.

A week after the first team members arrived, with plans on spending Christmas in the tropics, their work is no longer needed.

Yokota deployed its biggest EMEDS package &#8212; a 86-member field unit and equipment to sustain 25 beds &#8212; on a request from the Federal Emergency Management Agency.

FEMA is the lead agency in Guam&#8217;s typhoon recovery; President Bush declared the U.S. territory a federal disaster area after Super Typhoon Pongsona devastated the island Dec. 8 with winds of up to 184 mph.

The hospital sustained significant infrastructure damage and lost commercial power after the storm. The EMEDS team was called in as a &#8220;safety net,&#8221; Culhane said, to help the hospital with any patients its staff could not see due to overflow or damage.

Shea said overestimating the need for medical support staff at GMH is not a mistake, on behalf of Guam or FEMA.

While the EMEDS set up a field hospital in GMH&#8217;s parking lot, teams from other federal agencies worked on repairing the hospital.

Still unknown is what the EMEDS deployment cost. But there was concern about how the large deployment would affect medical care at Yokota. The EMEDS package included all medical specialities, including dentists, an obstetrician and gynecologist and a surgeon. Culhane said Friday that the EMEDS team all would return to Yokota in the next three or four days. About a dozen hopped a C-9 from Guam back to Yokota on Friday.

For many on the EMEDS team, this was their first real-world experience setting up and providing care in the field hospital.

&#8220;This gave us invaluable operational experience if we have to deploy again,&#8221; he said.

One of the EMEDS&#8217; dentists pulled two rotting teeth while the patient sat in a folding chair. The local man came in with a toothache before the dental chair was unpacked.

ER personnel also have seen injuries related to the typhoon.