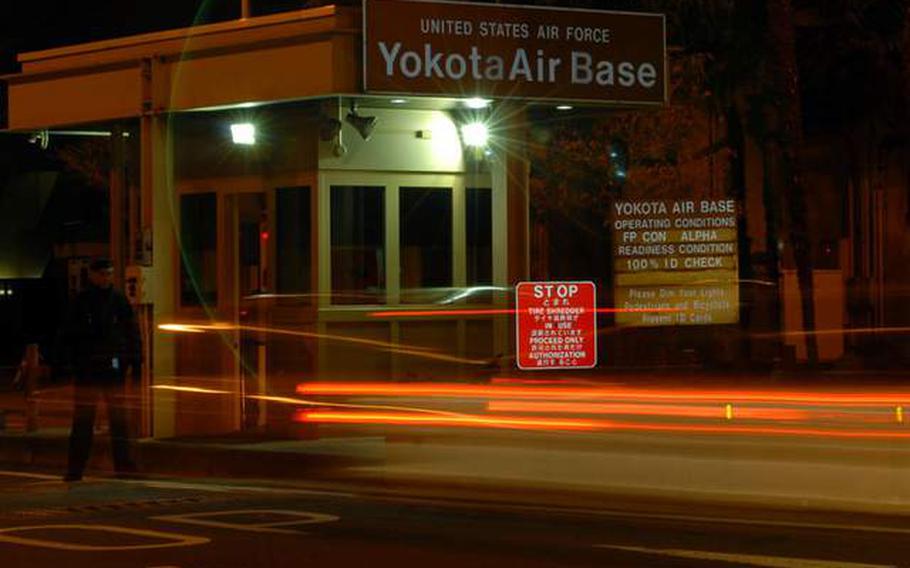 The Yokota Air Base, Japan Fussa gate will be closed to vehicle traffic 10 p.m.-6 a.m. and closed to pedestrians from 1 a.m. to 6 a.m. (Michael Dillon/Air Force)

Visitors who arrive on the 8 p.m. shuttle from Narita Airport will have their passes issued at the Terminal Gate, which will be the only gate to remain open all hours, officials said.

The changes are being made to give security forces personnel — the gates are manned by Japanese guards — more downtime to enable greater “surge capabilities” and readiness in the event of a deployment, officials said.